Monday’s episode of The Good Doctor not only addressed racial profiling in modern medicine, but forced one of the residents to take a good, hard look in the mirror and confront her own preconceived notions.

After misdiagnosing a patient, Claire made a disconcerting discovery about certain practices at the hospital. When it comes to pain management, data showed that St. Bonaventure has been under-treating African American and Latinx patients by a considerable margin, and they’ll need to do better. The numbers were crunched after Claire used pattern-processing techniques taught in medical school to treat Zara Norton, a 34-year-old Black female who was rushed to the ER following a cardiac event. Based on her preconceived notions about this “loud and messy” patient, Claire administered an ACE inhibitor to bring down Zara’s blood pressure. Because the result supported Claire’s hypothesis that this was a standard case of hypertension commonly diagnosed among Black women, she nearly missed a diagnosis of hypertrophic cardiomyopathy, where the heart muscle becomes abnormally thick. 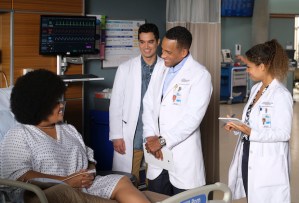 When Zara learned that Claire administered the ACE inhibitor based only on assumption, she asked that Dr. Browne be removed from her case. She even requested to be transferred to another hospital for her corrective procedure, but Dr. Glassman convinced her that she’d receive the best possible treatment if she stayed put. During the open-heart surgery, Andrews, Asher and Enrique faced an unforeseen complication. From the observation deck, Claire verbally intervened and saved Zara’s life.

After the surgery, Claire confronted Zara and admitted she was at fault. When Zara arrived at the ER, Claire had made assumptions based on race, not realizing that those assumptions were based on her own experience with racial profiling.

“When I got to med school, people took one look at me and thought they knew who I was: ‘Black girl on financial aid,'” Claire said. “‘She must not be that smart. She must’ve gotten a lot of breaks, will probably need a lot more…’ I worked so hard to prove them wrong, that I wasn’t who they thought I was, that I deserved to be there, that I fit in… When you came into the ER, loud and messy, I saw everything I have tried hard not to be. I think it made me angry, and I’m ashamed of that. And I’m really sorry.”

In response, Zara told Claire that she “used to be that way,” but she got “tired of working that hard to make white people comfortable.” That’s when it clicked for Dr. Browne. And when she discussed the matter further with Enrique, the two bonded over how exhausting it had been to prove themselves and get where they are now. 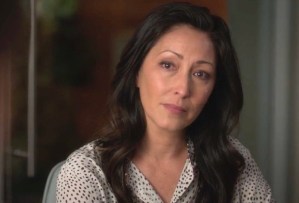 Elsewhere this week, Lim was challenged by the unique circumstances surrounding a pregnant patient with an aggressive pituitary tumor. The patient was Rio Gutierrez, a trans man whose recent lapse in testosterone injections made it possible for him and his fiancé Eli to conceive a child. His decision to carry the child to term and undergo an alternative procedure nearly cost him his vision, but the chief of surgery saved the day. Rio would make a full recovery.

As for Lim: After weeks of vehemently denying that she needed help to combat her post-traumatic stress disorder, one final episode in the OR doubled as her come-to moment. Once Rio was out of surgery, Lim returned to her office and fetched a prescription from her desk. She later told Andrews and Claire was taking Sertraline (aka Zoloft) to treat her condition. 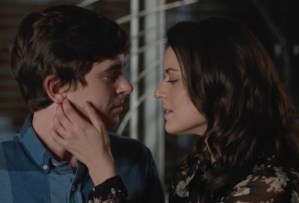 Meanwhile, after teasing a potential obstacle for Shaun and Lea in the form of second-year radiology resident Dr. Cintia D’Souza, Monday’s episode revealed the big kiss seen in the coming attractions was part of a dream sequence. Despite Park and Jordan advising him otherwise, Shaun told Lea about his work crush. Lea wasn’t fazed, but she needed to help Shaun understand that his sexy dream did not signal a problem in their relationship. In order to make Dr. D’Souza less desirable to her boyfriend, Lea exposed Shaun to the resident’s “irresponsible salad bar practices” — hence the episode’s title. Relationship crisis averted!