Tom Sturridge (Sweetbitter) has nabbed the title role in Netflix’s series adaptation of The Sandman, TVLine has learned.

Sturridge will play Dream, Lord of the Dreaming. In the Neil Gaiman DC graphic novels on which the series is based, Dream oversees the realm that mortals visit when they sleep, and he is known by many names, including Morpheus.

Netflix is calling the series “a rich blend of modern myth and dark fantasy in which contemporary fiction, historical drama and legend are seamlessly interwoven.” The Sandman will follow Dream — as well as those who’ve been affected by him — as he goes about putting right the mistakes he’s made during his very long existence.

The Sandman‘s cast also will include Game of Thrones alumni Gwendoline Christie and Charles Dance, as well as stars from Narcos and The Witches. Read on for character details:

* Christie will play Lucifer, the ruler of Hell. (Fun fact #1: The character of Lucifer Morningstar, as created by Gaiman, was the basis for the lead character in Fox-and-then-Netflix’s Lucifer.)

* Vivienne Acheampong (The Witches) will play Lucienne, the chief librarian of Dream’s realm, and one of his most trusted associates. (Fun fact #2: Like Hinzelmann on Starz adaptation of Gaiman’s American Gods, both Lucienne — aka Lucien — and Lucifer are male in the source material.)

* Dance will play Roderick Burgess, a “charlatan, blackmailer and magician,” per the official character description, whose nefarious dealings in the comics kick the entire story into motion.

* Boyd Holbrook (Narcos, The Fugitive) will play The Corinthian, “an escaped nightmare who wishes to taste all that the world has in store,” per the description.

“For the last 33 years, the Sandman characters have breathed and walked around and talked in my head. I’m unbelievably happy that now, finally, they get to step out of my head and into reality,” Gaiman said via statement. “I can’t wait until the people out there get to see what we’ve been seeing as Dream and the rest of them take flesh, and the flesh belongs to some of the finest actors out there. This is astonishing, and I’m so grateful to the actors and to all of The Sandman collaborators — Netflix, Warner Bros., DC, to [showrunner/executive producer] Allan Heinberg and [executive producer] David Goyer, and the legions of crafters and geniuses on the show — for making the wildest of all my dreams into reality.” 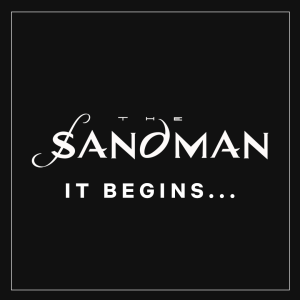 What do you think of The Sandman‘s cast so far? Hit the comments and let us know!