The Montana sky is as vast as the Big Sky casting office is busy.

Michael Raymond-James, Michelle Forbes, Britt Robertson, Ryan Dorsey and Omar Metwally are all set to recur on ABC’s freshman drama — with all but one of them populating a new family that promises to loom large later this season.

As previously reported, Ted Levine (The Bridge) will show up this season as Horst “I Promise We Didn’t Make This Name Up” Kleinasse, a powerful ranch owner. 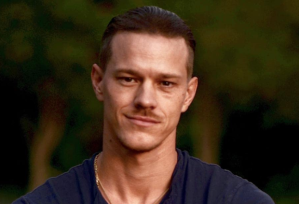 Once Upon a Time alum Raymond-James (who had to bow out of NBC’s La Brea) will play Blake, the family’s first-born son who moved away to “the city” but gets pulled back into their dysfunction, while former Pitch-er Dorsey — in one of the world’s most uncanny castings ever — will play Blake’s kid brother Rand. (As previously reported, SIX‘s Kyle Schmid has been cast as a third son, named… John Wayne.)

Rounding out the Kleinasse clan is Robertson (Life UneXpected) as daughter Cheyenne, a “Daddy’s girl” who alas has made some bad choices.

Want scoop on Big Sky, or for any other show? Email InsideLine@tvline.com and your question may be answered via Matt’s Inside Line.