NBC is getting an early start on its primetime lineup for the 2021-22 TV season, handing series orders to drama La Brea and comedies American Auto and Grand Crew, TVLine has learned.

La Brea stars Natalie Zea (The Detour, Justified) as a mother whose family is ripped apart when a massive sinkhole opens in Los Angeles, separating Zea’s character and her son from her husband and daughter. “When part of the family find themselves in an unexplainable primeval world, alongside a disparate group of strangers, they must work to survive and uncover the mystery of where they are and if there is a way back home,” per the official description. TVLine hears that Michael Raymond-James (Once Upon a Time), who was among the originally announced cast, ran into scheduling conflicts due to the pandemic-related delays, but could rejoin the project down the road. 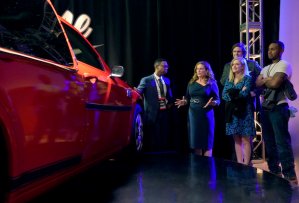 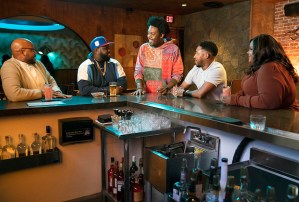 Grand Crew stars Arrow‘s Echo Kellum and Nailed It!‘s Nicole Byer as part of a group of Black friends who “unpack the ups and downs of life and love at a wine bar” together. The single-cam comedy’s ensemble cast also includes Justin Cunningham, Carl Tart and Aaron Jennings; Brooklyn Nine-Nine writer Phil Augusta Jackson will pen the pilot and serve as an EP.

Will you be adding any of these three new NBC shows to your season-pass list? Drop your first impressions in a comment below.