We’ve got questions, and you’ve (maybe) got answers! With another week of TV gone by, we’re lobbing queries left and right about shows including MacGyver, Bling Empire, Batwoman and Servant! 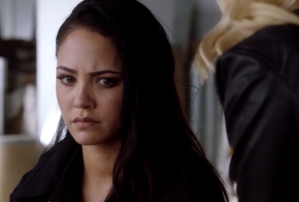 1 | Does anyone truly believe that MacGyver‘s Jack is dead? And what was with the face Riley made when Kovac relayed Jack’s message about wanting more than anything to share a “slice of greasy pizza… with you”? Didn’t it seem like she was detecting a red flag/clue? (It was such a random taunt!)

2 | Is anyone else seething while watching Bling Empire‘s Kim refuse to acknowledge that she was dead wrong for rummaging through Anna’s things and throwing her penis pump out of the window? (Seriously, who does that?) Who else is rooting for Kelly to get far far away from her manipulative and emotionally abusive boyfriend Andrew? And are mouth massages a real thing, that rich people actually spend money on?

3 | Where on the airplane from National City did Batwoman‘s Kate Kane have the Batsuit stowed, that it was laying by itself in the wreckage? (Seems kinda important to stuff in an overhead bin!) Speaking of the Batsuit, what plans did 6-foot-2 “Bruce Wayne” have for it, if he managed to take it from 5-foot-4 Ryan Wilder?

4 | What was NCIS: Los Angeles‘ most interesting reveal (aside from the whole Anna thing!) — that Fatima used to star (and make bank!) in a trashy reality show, or that Sabatino is currently in an ’80s metal band?

5 | Did this week’s American Gods leave you with an undeniable desire to consume a pasty… even if you’ve never tried one before? 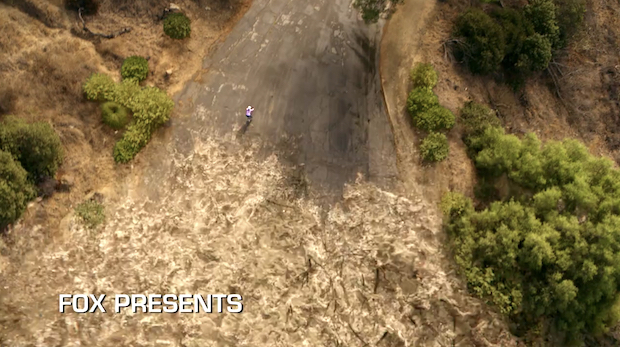 7 | The Good Doctor wouldn’t have given Lea an ex-husband if we weren’t going to meet him at some point this season, right?

8 | Has anyone ever wanted to say something less than The Bachelor‘s Matt saying Victoria’s name while giving out this week’s final rose? Could you almost see the producers twisting his arm just off-screen?

9 | Were you surprised that Bob Hearts Abishola‘s Tayo is no paper tiger but a legit option for his estranged wife? Especially given how Tayo described his alleged “abandonment” of her and Dele? 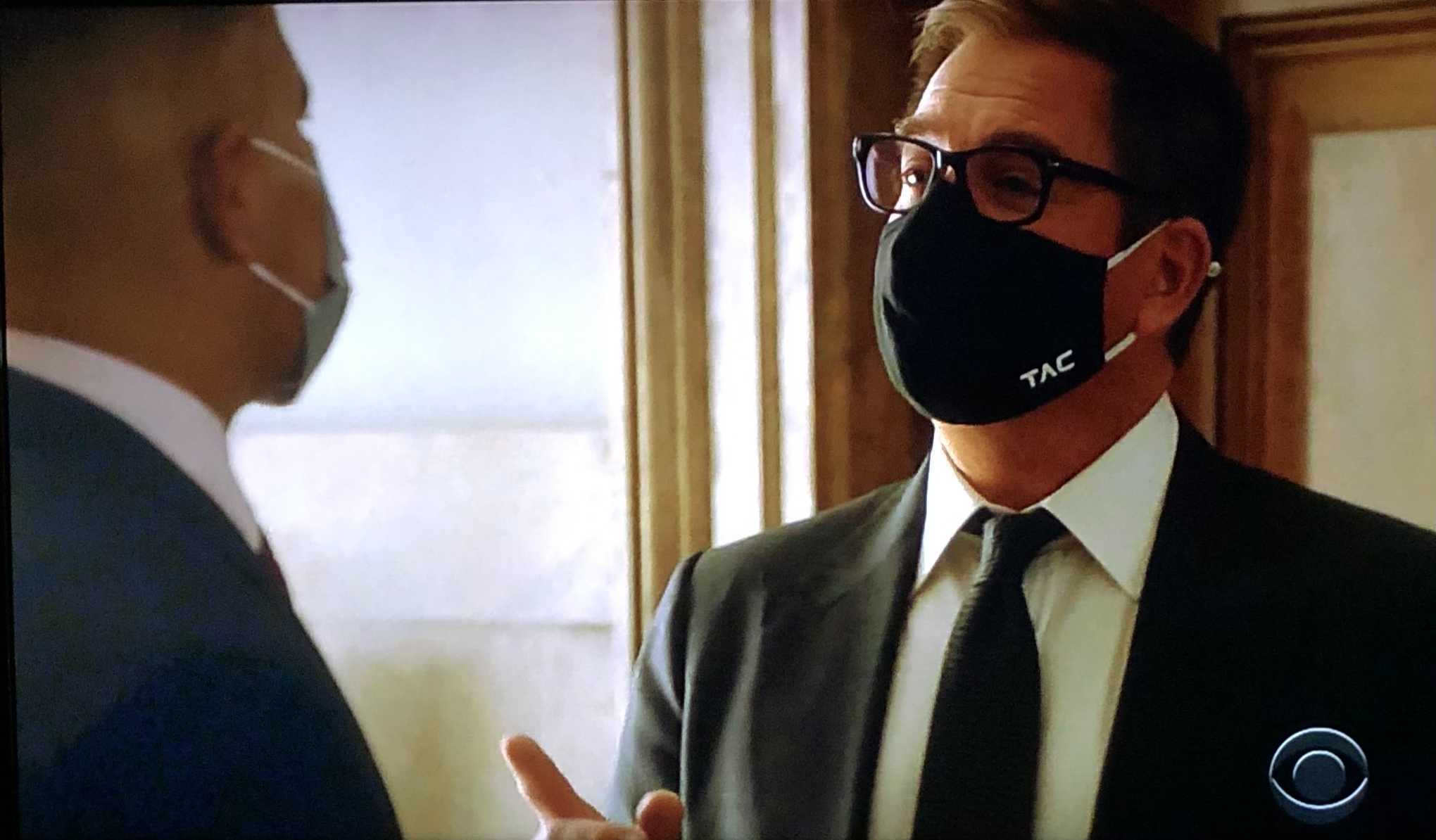 If Bull wants clients to take Chunk more seriously, maybe he could float him one of TAC’s branded masks? Also, when Benny gave Chunk props for his big win, shouldn’t Chunk have thanked Benny for noticing the tell-take video in the first place?

11 | On Zoey’s Extraordinary Playlist, were you waiting for Zoey to mention to someone the song that she was singing in her dreams? Surely it would have provided helpful insight? 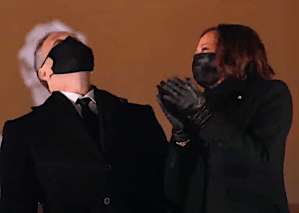 12 | After watching the Biden/Harris inauguration, we have to ask: Who knew Amy Klobuchar could be so funny? During that night’s concert special, who else noticed that Bon Jovi’s electric instruments weren’t plugged into anything? And was Second Gentleman Doug Emhoff playfully “falling backwards” during the spectacular, Katy Perry-accompanied fireworks display one of Inauguration Day’s most refreshingly relatable moments?

13 | Will Jay and Theresa’s sloppy Challenge politics blow up in their face? And are you hoping that Kam (and Leroy, by extension) can go all the way this time around?

14 | Did Riverdale‘s parents play DJ at the senior prom, judging by the totally ’90s hits on the playlist? (“Kiss Me”! “Fade Into You”!) And if her grandma’s opinion is so important to Toni, why haven’t we ever seen her on the show before? 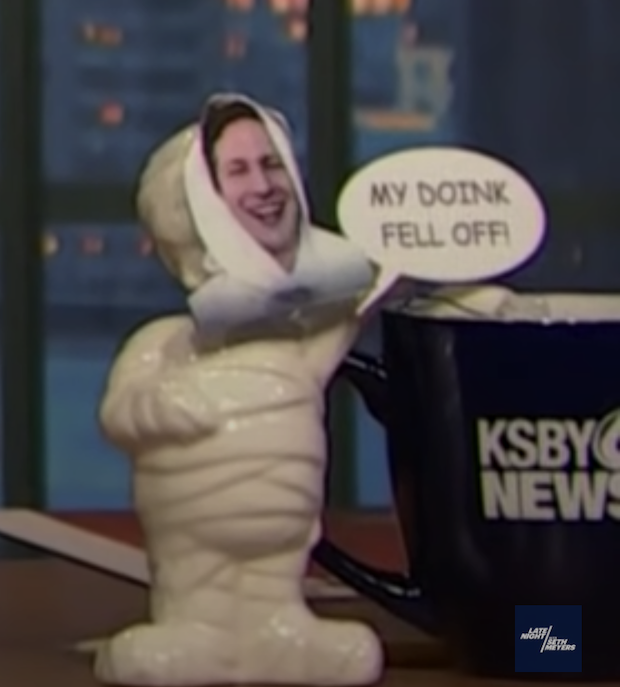 Has Seth Meyers explained this Andy Samberg mummy figurine on his desk?

16 | What in the world happened between Search Party‘s Richard and his sister Lylah? (Do we even want to know??)

17 | As TVLine reader Jo noted: Shouldn’t have Walker and his partner Micki had a first aid kit in their car?

18 | Are we to believe that Call Me Kat’s titular character, who is not known for her fashion sense, would have a sweater Randi liked enough to pull out of a Goodwill bag?

19 | The more you watch Mr. Mayor — which was first conceived as a vehicle for Alec Baldwin’s Jack Donaghy character — do you have a hopeful feeling there’s a decent 30 Rock facsimile struggling to break out?

20 | Why is Last Man Standing‘s Jen so worried about her father “speaking out” in China? It was played like he was going to get himself killed, but the episode never bothered to specify what he was speaking out about!

21 | On Superstore, which celebrity got it worse: James Corden (“He’s got a British accent, but you can tell he’s not smarter than you”) or Diane Keaton (who Dina confused with the Babadook)?

22 | Can you believe that Legacies is finally giving poor overlooked Rafael an actual storyline?

23 | Are you disappointed that Mom went ahead and broke up Jill and Andy? 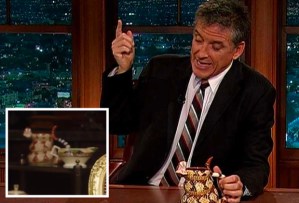 24 | Are you impressed by how “all in” Craig Ferguson has been as host of The Hustler? And have any fans of Ferguson’s Late Late Show noticed he brought along his beloved rattlesnake mug?

25 | What do you think actually happened to Servant‘s Roscoe? Why would the cult have abducted him, only to return him to his car four days later? And what’s the deal with the cracked foundation in the basement?