WandaVision is (thus far!) a whimsical deviation from Marvel’s big-screen spectacles. In its first two episodes, now streaming on Disney+, the series perfectly emulates ‘50s and ‘60s sitcoms like I Love Lucy and Bewitched.

Painstaking detail went into replicating the old-school charm of those classic series, from the black-and-white filter to utilizing a live studio audience (for Episode 1) — as was custom back in the day — to Elizabeth Olsen and Paul Bettany’s delightful physical comedy akin to Lucille Ball and Dick Van Dyke. 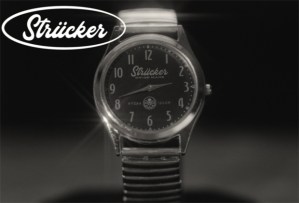 Because they’re so prominently featured, the “commercials” raise an important question: How much should one be reading into them? Or are they simply there to add authenticity the retro aesthetic sported by the series thus far?

According to Marvel Studios boss Kevin Feige, it’s a combination of both.

The vintage TV spots “started as format,” he tells TVLine. “It started as wanting to have fun with that idea and that format. But it quickly ties in on another level to what’s going on. Something beeping with a Stark Industries logo on it is mysterious and intriguing if you don’t know anything about it and where that takes you. If you know the world and the universe and the backstory — of Wanda, in particular — you might have a clue as to what that is.”

WandaVision will be released on a week-to-week basis, with episode lengths varying as the story begins to break away from the sitcom format. And although Olsen’s reality-defying character is set to appear in Doctor Strange in the Multiverse of Madness — slated for release in March 2022 —  Feige says WandaVision is not crucial to appreciating that upcoming Marvel film.

“’Required reading’ is not something that’s fun when you want to turn on the TV or go to a movie. We try to make all of our movies, and now shows, stand alone and work together,” he previously told TVLine. (With reporting from Rebecca Iannucci)