Carolyn Barek is back on duty.

Sciorra played Det. Barek, a Major Crimes officer and partner to Chris Noth’s Det. Mike Logan, in Season 5 of Criminal Intent. She left at the end of that season, which aired in 2005-2006; in a later episode, a line of dialogue hinted at tension between Logan and his former colleague.

All these years later, Barek is now a lieutenant in the Bronx Special Victims Unit. She’ll show up on SVU when she forms a join task force with Capt. Olivia Benson and the Manhattan SVU to hunt down a series rapist who has struck in both boroughs. 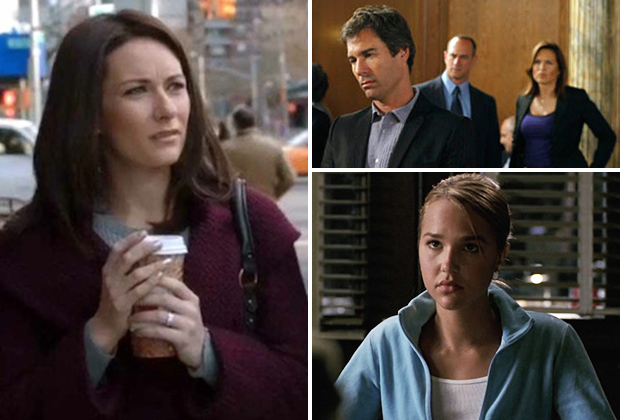 We hear that Sciorra’s episode is slated to air sometime in February. Law & Order: SVU airs Thursdays at 9/8c on NBC.

In addition to Criminal Intent, Sciorra’s TV credits include Truth Be Told, Daredevil, GLOW, Luke Cage, Bull, CSI andThe L Word. She also earned an Emmy nomination for her portrayal of Gloria Trillo on HBO’s The Sopranos. Her big screen work includes The Hand That Rocks the Cradle and Jungle Fever.

Criminal Intent fans, what do you think about Barek’s reappearance? Hit the comments with your thoughts!