Who would’ve thought that Big T would become the next Challenge mastermind?

While this may only be her third season (and she’s no Killer Kam… yet), you gotta give credit where credit is due. Knowing she had all the power this week, Big T set her crosshairs on two veteran females, rallied her troops and fired away. Season after season, the veterans trounce all over the newer players, but finally, we have a group of newbs who aren’t afraid to get dirty and stage some killer coups.

So who were T’s targets, who went home and who (gasp!) returned to the game? Let’s recap.

The aftermath of Fessy’s shadiness last week hits Cory hard. He tells us he didn’t just lose one friend in the game, he lost two, and though it sounds pretty dramatic, it tracks. Says Darrell (whom we can now confirm is still on this season): “Cory has every right to feel some type of way about Fessy, because what he did was foul. Ain’t nothing that Fessy can say or do to justify what he just did.”

Cory then calls Fessy out to his face. “You don’t think about anybody but yourself. You didn’t give a f–k about me, you didn’t care that Nelson was close to me… you only thought about Fessy, that’s all you’ve been doing this whole game, bruh. I’m sick of that s–t.”

Elsewhere, Gabby, the two Ambers and Big T talk about helping each other in the next challenge. They’re tired of being looked upon as weak, and don’t feel that the veteran women respect them. T then tells her partner CT that she wants to pit Tori and Aneesa against each other, so one can take the other out, while Devin tells us he’s all about throwing Tori in against someone she likes. (Yet, he calls her a snake.)

CHALLENGE ACTIVATED | TJ tells them they’re about to compete in “one of the scariest f–king challenges you guys have ever seen,’ but before they can get started, he’s got new Intel to share. A personal matter forces Natalie to withdraw from the game, which is a devastating turn of events for both Natalie and Survivor fans. With three women now unexpectedly gone, TJ triggers a “security breach.” A huge vehicle pulls up and out steps… Ashley aka Millionaire Mitchell! Consider her “reactivated” and partnered with Cory. (In an interview with Us that posted Wednesday, Natalie announced that she’d left the game because she found out she was pregnant. She later miscarried the pregnancy.)

In “Agent Down,” players must race to pull up a rope, while their partners hang from a ledge hundreds of feet in the air. If the player can pull all of his rope up, he can run to his partner and hold on to them when the ledge drops. (And this cliff is massive.) After that, the players who hang on the longest win.

Jay is the first to complete the rope pull in Heat 1, and when TJ releases the ledge, Tori and Aneesa immediately fall. Jay and Theresa win Heat 1, despite Theresa’s incessant whining. In Heat 2, Ashley is the only player to drop when the ledge initially drops, but Kaycee falls soon after. CT and Big T are the last duo standing, but have to hold on longer than Jay and Theresa to take the win. When TJ announces the results, the new Double Agents are: CT and Big T!

DELIBERATION | Big T and the rookies celebrate the win, realizing that their Aneesa/Tori plan could come to fruition, and CT is happy to let his partner take the reins, politically. 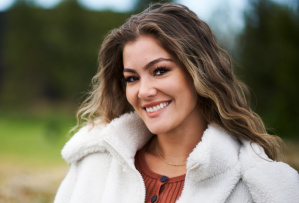 Tori tells Big T that she wants to go up against a rookie, aka someone she can beat. But her ego seems to be getting the best of her, turning the rookie ladies against her. Tori knows she’s playing a messy game, and laughs about it in a confessional. Aneesa and Tori, meanwhile, try to sway the house to vote for Amber M.

At the house meeting, Tori’s target increases when she tells the rookies they need to earn their stripes, which only fuels Amber M.’s fire to get her out. The house votes, and CT and Big T learn that the compromised agents are Aneesa and Leroy.

THE CRATER | TJ calls Aneesa and Leroy down to the sand, and Aneesa’s worst nightmare is about to come true: CT and Big T vote in Tori to face off against her. In “Asset Destruction,” players must pull a rope to snag some heavy “bombs.” Then, they must throw the bombs at their opponent’s targets. The first to hit all 13 targets wins.

Aneesa takes the lead, scoring her first target before Tori can even collect her bombs. Aneesa continues nailing direct hits, while Tori continues to struggle. When Tori finally lands her first shot, Aneesa is already 10 deep. Though Tori tries her best to catch up, Aneesa lands the final blow, knocking her BFF out of this game for good.

Both Tori and TJ tell the group to put respect on Aneesa’s name, and I am here for that. Old-school players (read: men) like Bananas, CT and Wes always get props for being the series’ most competitive vets, but Aneesa belongs in that group, as well. Defeating Tori gives her her 10th elimination win out of 14 total seasons, and despite the circumstances, that’s definitely an accomplishment worth celebrating.

Aneesa then makes a big play: She steals Fessy back as her partner, leaving Kaycee to reclaim Leroy. Devin is then left as the lone Rogue Agent.

What are your thoughts about how Tori handled her game this season? Excited to see Aneesa earn her gold skull? Sound off in the Comments!