This Is Us sure loves doling out its revelations in bite-sized pieces, doesn’t it?

Tuesday’s episode answered one major question about Randall’s mother, Laurel: Sadly, she’s no longer alive, having passed away in 2015.

Make no mistake: That news is a huge blow, both to Randall and all of us who mocked the story loophole but still kinda wanted him to have another chance at connection with his birth family. But the idea that William might have lied to his biological son for the short time they knew each other? That’s a painful possibility that Randall can’t stop himself from considering for the entire hour.

Is it true, though? Read on for the highlights of “A Long Road Home.”

‘I HAVE GONE AND FALLEN IN LOVE WITH THE IDEA OF OUR FAMILY’ | Let’s deal with the episode’s other storylines first. Kevin and Madison, you’re up! When production on Kev’s movie suddenly moves to Vancouver, requiring him to be away from California for a month, he immediately tells Madison that he’s going to say no. But she points out that he’ll be back more than a month before the babies are due, and she encourages him to go. Before he leaves, though, during an interview with a “rockstar” nanny whose previous clients have included several celebrities, Madison seems irked by Kevin’s questions about the high amount of travel he expects his family will be doing once it’s safe to do so. 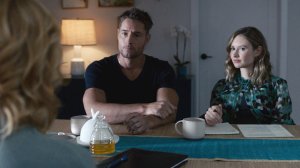 Before he leaves for Canada, Madison advises him to use the time away to figure out “how these babies and I are actually going to fit into your life. And though he once more vows he’s all-in, she stresses that he should really think about it. Then they have a very awkward kiss, and he takes off.

In the car on the way to the airport, Kevin does appear to be thinking about a whole lotta things. He calls Randall and mentions the conversation he and Kate had about all of the microagressions and other painful things he had to handle alone during their childhood. “That is horrible. I can’t imagine having to keep all of that to yourself,” Kev tells his brother. They’re inching toward something profound here, but then Beth comes into the bedroom and Randall cuts the call short — for reasons we’ll get to in a moment. 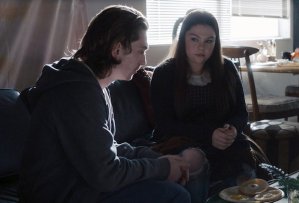 KATE IS GREAT | Right at the top of the episode, Kate tells Toby what most of us guessed after her teen-pregnancy revelation: She had an abortion. “I was nowhere near ready to be a mom,” she tells Toby. “And I could not be tied to that guy for the rest of my life.” She adds that she doesn’t regret her decision, but it has been a lot to live with for all of these years. Toby, understandably, is stymied. “It took us two years to have Jack. That’s two years of talking about pregnancy all the time,” he notes. Poor Kate begins to cry as she relates exactly how awful Marc was to her during their relationship. “He was so cruel to me,” she says, sniffling. “I would like you to tell me his name, and I would like to find him, and I would like to kill him,” Toby replies. She says it’s all in the past, but Toby counters that it probably isn’t given that it took her four years to tell him. 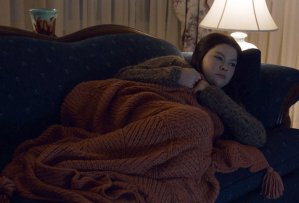 In a flashback, we see Kate go to a clinic and then have to wait 24 hours after stating that she wants to end her pregnancy. In the meantime, she swings by Marc’s apartment… where he proves once more that he is the absolute piece of trash we all knew he was. He apologizes for what he did at the cabin, then immediately turns sulky and terrible, and she very wisely leaves while he’s in the other room. She never mentions the pregnancy or her plans for it. And after the procedure is done and Rebecca returns from her New York trip, Kate blames some sudden teariness on the movie she’s watching. 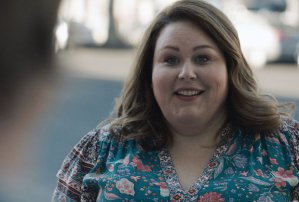 In the present, Kate tracks Marc down (via his MySpace?!, which is still operational) and confronts him while he’s on a smoke break at work. One glance at him and you know: This guy has never grown up. “What do you remember about our relationship?” she asks, opening the door for him to be a huge jerk about how she was “broken in all the right places” and how “things got intense at times, but we were kids.” (Side note: Chrissy Metz has never been better than she is in this scene, by the way.) Kate gets angrier and angrier as she reminds him that she was a grieving 18-year-old, but he was 24 and should’ve been a better man about, well, everything. “I’m not broken. You’re the one that’s broken, Marc. You’re the disease and I’m not carrying it a moment longer. So, I give it back to you. Good luck with it, Marc,” she says, turning and leaving to meet Toby, who’s waiting in a car down the street. And no, she says nothing to Marc about the pregnancy this time, either. 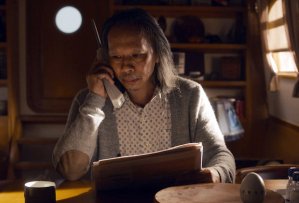 RANDALL, MEET HAI | When Randall returns to the office after his on-camera strip-show, there’s an email waiting for him, submitted via the office’s website: “I believe I knew your mother, Laurel. We were close friends,” it reads. “I was by her side when she died in May of 2015.”

This development throws Randall hard, and understandably so. After all, William had always said that Laurel died of an overdose shortly after Randall’s birth. But he doesn’t want to go down that path, he tells Beth, “because then it would mean he lied to me.” But after Randall’s therapist points out that learning what happened to his mother could make him feel more rooted in his history, Randall — with Beth by his side — calls Hai, the man who emailed him. 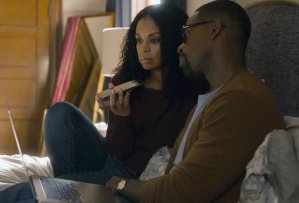 Laurel died of breast cancer, he says. And about William, “From what I know of the story, I believe he was telling you what he thought was the truth,” Hai adds. This breaks Randall, who is overcome with the sadness and relief that that revelation brings. Beth rubs his neck and takes over the conversation, asking some more questions. We learn Hai and Laurel met in New Orleans, and he wishes he could show Randall the city she loved. “To see where my mother lived and the things she loved? I would like that very much,” Randall says once he calms a bit. Looks like some of the Pearsons are heading to the Big Easy.