We’ve got questions, and you’ve (maybe) got answers! With another week of TV gone by, we’re lobbing queries left and right about shows including Pennyworth, The Masked Dancer, The Expanse and Cobra Kai!

1 | If you watched Wonder Woman 1984 via HBO Max, how did you find the actual picture quality for such a visuals-driven feature film? Did anyone out there avail themselves of the 4K option? 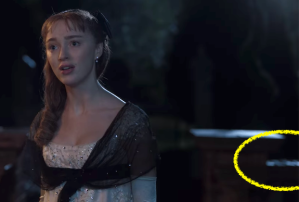 2 | In Bridgerton Episode 4, are we going to pretend that Daphne didn’t leave the prince’s giant diamond necklace on the railing outside the ball, before storming away from Simon? (Were you waiting for its loss/theft to become a plot point?) And unless you read the books, were you this many days old when you realized the Bridgerton kids were named alphabetically? (Anthony, Benedict, Colin, Daphne, and so on….)

3 | Who did staircase sex better: Wynonna Earp, or Bridgerton?

4 | Who should play Hilaria Baldwin on Saturday Night Live (if SNL doesn’t sidestep the controversy altogether because of its ties to Alec Baldwin)? Cecily Strong? Chloe Fineman? Kate McKinnon?

5 | While we appreciate The Masked Dancer‘s ample clues for each contestant, perhaps they could be slightly less on-the-nose? Like that glass of actual iced tea for… Ice-T?

6 | Was the death of Pennyworth‘s [Spoiler] kinda sorta totally random? Like, was that the entire point of the stolen money mystery, to circuitously kill him off? Also, was that a searchlight in the background as Thomas and Martha coupled for the first time? #BatForeshadowing!

7 | On Power Book II: Ghost, is there any way the New York City Police Department would be cool with handing over the bulk of a murder investigation to a couple of professors whose stated goal is to keep all tips from students anonymous? 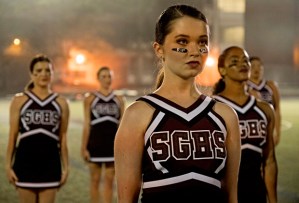 8 | Why did USA Network’s Dare Me finally land on Netflix so late during its release day? (And even then, it was not searchable!)

9 | Were you kind of thrown by the abrupt way A Teacher ended? And were you amused by how much Eric’s brothers had grown in the finale flash-forward, while he himself looked pretty much the same?

10 | Given Justin Hartley’s muscles, should Celebrity IOU hosts Drew and Jonathan Scott have been a little less surprised that the This Is Us actor could hold his own during construction?

11 | Doesn’t The Conners‘ description for Candice Bergen’s Barb — she has “a superior air and a sharp tongue” — sound an awful lot like Darlene? And the “unexpected death” that sparks her return to Landford is probably her husband/Ben’s father, right? 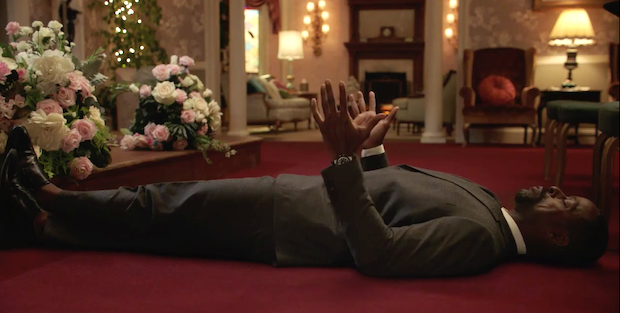 12 | Has Amazon’s Yearly Departed special herewith altered your visualization of the six-foot social distancing rule as “one Sterling K. Brown”? Also, can we get all of the new TV Cop shows pitched by Natasha Rothwell? And did you stick around for the closing credits, to have your mind blown by the green-screen wizardry used to suggest all the ladies had been in one room? 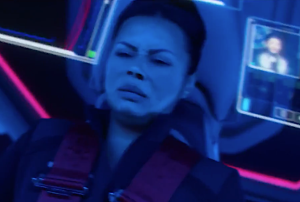 13 | When The Expanse‘s Alex expertly but violently piloted him and Bobbie (mostly?) out of harm’s way, did you nearly feel the Gs smushing your own face as well? And given how that maneuver ended, have we witnessed the beginning of cast member Cas Anvar’s exit storyline?

14 | Star Trek: Discovery fans, were you less than surprised when Jake Weber’s villain Zareh popped up again after being left for dead? And don’t Osyraa’s henchmen seem way too easy to overpower?

15 | After bingeing the first couple of Cobra Kai episodes, were you surprised that [Spoiler] has been sidelined? And did Chozen’s lesson for Daniel remind anyone else of the Five Point Palm Exploding Heart technique from Kill Bill?

16 | After all these years, why did Chilling Adventures of Sabrina finally decide to include a “Previously On…” segment? And why for only one episode?

17 | As much as we applaud the way Guy’s Grocery Games has shifted to at-home versions of the show, are any of the competing chefs — who taste their dishes in lieu of having judges do so — ever going to say, “Eh, this wasn’t very good”?

18 | On Dick Clark’s New Year’s Rockin’ Eve, what was roughest about Cyndi Lauper’s performance — the choice of song, the “choreography,” or the more-than-occasional off-key note? 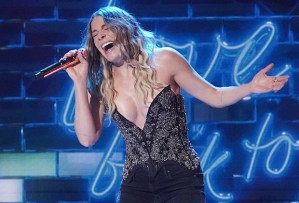 19 | All told, Fox’s New Year’s Eve Toast & Roast was just a promo for Fox programs and talent, right? Did you assume the Joel McHale/Ken Jeong segments were pre-taped, until they started conversing with Kelly Osbourne in Times Square? Was a single person, any one at all, shocked by Ken’s “oops” with the dominoes? And how nervous were you for performer LeAnn Rimes, bounding about on live TV in that strapless, scant top?

20 | During CNN’s New Year’s Eve Live, was Andy Cohen trying to goad Mariah Carey into a catty moment by mentioning JLo not once but twice?