Justin Hartley was shooting This Is Us in New York City, in the cold last winter, when he got the good news: He was going to be an (onscreen) dad.

Series creator Dan Fogelman told Hartley and co-star Sterling K. Brown while “we were in the middle of a scene,” Hartley recalls. What would follow — Kevin and Madison’s one-night-stand that turned into two-very-real-babies — is “an amazing story,” he says. “I love the fact that it’s not your traditional ‘get married, have kids and then struggle with raising them.'”

Yet even the eternally sunny Kevin Pearson wouldn’t be able to ignore the fact that Madison and Kev aren’t exactly each other’s soulmate — at least, not yet. “It’s sort of an odd pairing, and they’re trying to make it work,” he notes. “They have an affection toward one another, but I don’t know how deep it is yet.”

When the NBC drama returns Tuesday (9/8c), its first 2021 episode will deal directly with that very question. (In a promo, Madison reminds Kevin that he said he was “all in” on his commitment to her and their imminent twins, and he replies with a hard-to-read “I know what I said.”)

TVLine recently got Hartley on the phone to talk about Kevin and Madison’s situation, what Rebecca’s increasing mental decline has to do with it, and more. 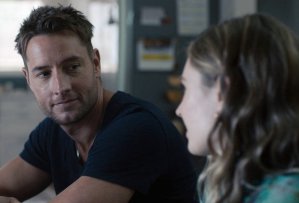 TVLINE | Coming into Episode 5, is there any lingering doubt in Kevin’s mind about the path he’s forged with Madison? Or is he full steam ahead on “This is a good thing, and it’s all going to work out?”
I think the doubt is showcased in Kevin in fear. The fear that it might not work out. Gosh, I mean what if they can’t coexist together and be this cohesive unit that comes together and raises these kids, and he [only] sees them on the weekends? There’s all of that stuff. Probably, those are the things that keep Kevin awake at night. He said as much in the last episode. He sits there and stares at the ceiling and worries. All that worry comes from fear, the fear that it absolutely will not work out and that he’s trying to force something.

I’ve said this before: You can’t really force love. It doesn’t work. He’s also in a little bit of a predicament. It’s not like he’s dating a woman that he doesn’t want to be dating. He’s in a situation where she’s having his babies. And he has, his whole life, been bound by this idea that he wants to be what his father knew he could be. Because that was cut so short, Kevin doesn’t give himself the breaks that maybe he should. He doesn’t cut himself any slack… and then he finds himself in a bigger predicament. It’s not him messing up for the sake of messing up or being selfish, as we saw him do several years ago.

It’s that he puts a lot of stress and pressure on himself, and that sometimes can lead to the balloon popping, so to speak. 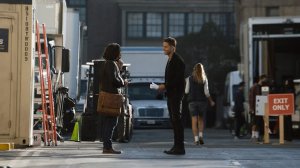 TVLINE | It seems like the movie he’s currently filming is not going to help, with a hard-to-please director who has gone out of his way to let Kevin know he’s not going to pat him on the head. Tell me if you think I’m wrong, but it feels like Kevin has some impostor syndrome going on here.
I don’t think that’s overstated. I would say he’s going through yet another existential crisis. [Laughs] If I were his therapist, I would say you’ve got to prioritize the things in your life that are important to you and not live your life for other people. If you look at what he’s actually been able to accomplish, he’s dedicated to being an amazing dad and raising these kids together. Whatever that thing ends up being with Madison, he’s going to give it his all. His career is on track. This won’t be the last movie in the history of the world. Maybe you say no to the movie, or maybe you can do both. Maybe you don’t have to be there every waking moment of the babies’ lives. There are other things that you have to do.

You have to leave and go put food on the table. There are other things. Live your life for yourself a little bit. But I don’t know if Kevin does that. I think he’s so focused, and he’s on a mission. With a good heart, but just sometimes a little bit misguided.

TVLINE | I loved seeing Jamie Chung pop up as Kevin’s co-star in the film. Do you two have more scenes coming up?
I haven’t seen any. I don’t know if [the show] plans on shooting much of the movie. I guess it would depend on that. 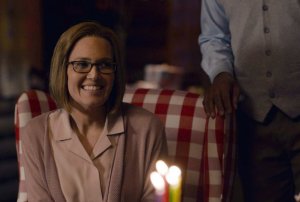 TVLINE | How clearly is Kevin seeing Rebecca’s level of mental decline right now? It can be a hard thing to accept.
I think that’s part of the stress. That’s why he’s eager to have these babies, and he wants his mom to meet the babies. Look, he’s aware that this decline is degenerative. It’s not going to get better. You have moments where it might be like, “She’s better today than she was yesterday. She’s better this week than she was last week.” But it’s a degenerative disease. There’s a fall-off. I think he wants to make sure that he has these babies and his mom meets them and spends as much time with them as she possibly can have. And also maybe that might actually…sometimes when you spend time around animals or babies or whatever it slows down the demise of your disease. So he’s definitely aware of all of that.

[In the pandemic], how are you…gosh, that’s a stressful thing, too. If you have these twins and I want them to meet Mom, but I can’t right now. It’s not safe. It’s like every single second you hear the clock ticking. Kevin’s got a biological clock, let me put it that way. [Laughs] Kevin is the only man alive that has a biological clock that’s ticking.