CBS All Access’ Coyote may start with a man of a certain age having an extremely bad day under possibly nefarious circumstances in the desert, but executive producer Michelle MacLaren maintains that Ben Clemens is no Walter White.

Coyote, a drama starring Michael Chiklis (The Shield, The Commish) as the aforementioned Border Patrol agent, is “an every-man story in that Ben represents somebody who doesn’t think that he sees the world in black and white,” she explains, calling the format a “modern-day western.” “He doesn’t realize that he’s a profiler. He doesn’t realize how his view of the world has been formulated from 32 years on the job.”

However, after a series of incidents in the premiere, she continues, Ben “gets the opportunity to walk in someone else’s shoes. And that’s not really the story of Walter White. Breaking Bad is breaking bad. This guy’s going to break good, if anything.”

The series’ first season follows Ben as he becomes embroiled in a situation where he’s forced to work (as the series’ logline puts it) “for the very people he spent his career trying to keep out of the United States.” 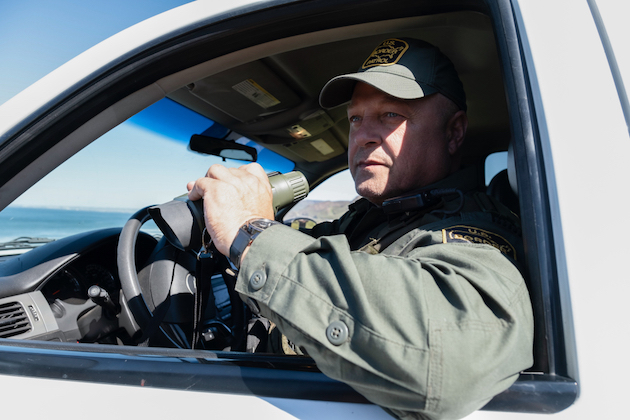 “From the beginning, we were looking to tell the opposite story of Frank Underwood, Walter White, Don Draper, Tony Soprano,” showrunner/EP David Graziano (American Gods) tells TVLine. “We did the canon of middle-age guys kind of falling into the vortex of despair… It’s all been done. Like Michelle said, it’s the opposite trajectory.”

In advance of the show’s premiere — all six Season 1 episodes begin streaming on Thursday, Jan. 7 — TVLine has assembled a bunch of exclusive (and striking!) cast portraits. Click on the gallery at right to see Chiklis & Co. in solo shots, then hit the comments: Are you planning to watch Coyote?