Only on The Challenge can a dumb argument over frozen food turn into some serious drama.

Wednesday’s episode brought forth one of the most dangerous stunts yet, sending not one but two challengers straight to the hospital. But that wasn’t the only fireworks we’d see in Double Agents‘ third episode.

Stemming from a small spat between CT and Kaycee, Josh and Devin get into it after a simple “Big Brother sucks!” taunt leads to a blown gasket from Josh. (BB19 live feeders, haven’t we suffered enough?) While the drama didn’t turn physical, it did affect the week’s house vote, sending two veteran friends into an elimination that looked just as exhausting as Josh’s childish outburst felt. Let’s break it all down.

Following last week’s shocking team switcheroo, Kyle tells us he feels betrayed by Fessy’s alliance. (Hold up: Kyle, you lied about your vote, dude, but OK, go off.) He now plans on joining up with CT, Wes and Devin, aka the challengers “with their backs against the wall.”

Fessy lets Kyle and some others in on the fact that the “secret vote” isn’t so secret after all. Kyle comes clean about his lie, but then tells Wes that the entire “Stupid Brigade” tried to flip the vote on him. (When did the Young Bucks get a new nickname? Was I sleeping on that?!) Wes is understandably bummed out; he thought the YBs were his friends. A fight erupts, with Kyle calling Fes a p—y a gazillion times, but this heat isn’t Fessy’s only problem. Cory expresses his disappointment that Fessy told a huge secret to the house before telling his own alliance members. It only took three episodes for this season to become deliciously twisted.

CHALLENGE ACTIVATED | In “Road Kill,” two teams face off on top of a semi truck while it’s hauling at 50 mph. Each duo must throw the other team off of the side (into netting, of course), but for the first time in Challenge history, the stunt will be done without harnesses. Here are the highlights:

*Devin/Nicole vs. Kam/Kyle ends in a draw, with a dislocated shoulder for Nicole.
*Wes/Natalie defeat Nany/Josh, even though all four players land in the net.
*Mechie/Liv vs. Tori/Cory ends in another shoulder injury, this time for newbie Liv.
*Big dogs CT and Fessy go head-to-head, but their brawl unfortunately times out. 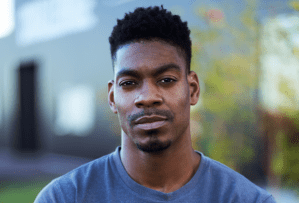 Leroy and Kaycee ultimately end up with the W for their match against Amber M. and Nelson.

Back at the house, the group realizes all of Nicole’s things are gone; she’s been sent home due to her injury, leaving Devin a lone soldier. Liv, however, returns, but awaits a radiology report.

And this is when what might be the dumbest fight in Challenge history takes place. Clearly the editors agree because Whitney Houston’s “So Emotional” drops as Josh rants and raves like a — wait for it — meatball! Moving on!

DELIBERATION | Devin’s on the defense thanks to all the drama, but Wes tells him he wants Tori and Cory nominated. At the house meeting, the group has no idea if it’s a guy’s or girl’s elimination day because Nicole’s DQ may have shaken up the schedule. Devin’s the first to fire a shot, telling the group he’s gunning for Tori and Cory, which causes Josh to speak up against Devin. The house votes, and when Leroy and Kaycee get the results, Devin is, indeed, the compromised agent.

THE CRATER | Leroy and Kaycee make a big move with their big decision, choosing two-time champ Wes to face off against his friend. In “Snapping Point,” the opponents are tethered together by a rope. They must race through a set of posts and detonate their station at the end of the course. Wes starts digging a hole in the sand to serve as an anchor for his weight. It’s a stalemate for a while, with both players struggling to pull the other back. Devin then not only takes the lead, but seals the deal. He wins the match and the gold skull, sending Wes on his way.

Devin’s now qualified to run the final, but he’s gotta pick a new partner first. He chooses Tori (over Natalie? Really!?) leaving the Survivor winner for Cory. “Getting a gold skull probably does put a target on my back, but guess what? I’ve had a target on my back this entire game… Now, I have a gold skull in the center of that target. Now watch me go to work,” says Devin.

Who were you rooting for in that elimination, and did Devin make the right choice for his partner? Drop your thoughts in the Comments!