Last week’s twisty-turny premiere of The Challenge: Double Agents revealed the possibility of stealing partners, and on Wednesday’s episode, that possibility became reality.

When the dust settled from the first elimination’s fierce battle (read full premiere recap here), winning challenger Natalie had quite the decision on her hands. She could keep her partner, pair up with lone wolf CT or steal any male contestant in the game besides double agent Fessy.

When Episode 2 kicks off, the Survivor champ decides to stick it out with bearded ginger Wes, though Lolo sure makes a solid point: “Natalie’s not seeing the bigger picture… You’re in the elimination because of Wes!” Though Nat opted against making waves, another challenger turns the game upside-down by episode’s end… but more on that later.

CT now becomes a “rogue agent,” and the next elimination will determine his partner. The Real World: Paris alum later grovels at Kam’s feet. He regrets not picking her and admits that her political game is on point. Kam takes full credit for controlling the elimination, telling him he wouldn’t have been down there, had he chosen her. She’s bold in her conviction, but she’s right.

Leroy isn’t too pleased; his power move backfired, and he was hoping CT would follow Ashley right out of the Crater. As for Wes’ opinion on the play: “They unnecessarily woke sleeping giants… They will be my definitive enemies.”

Nany, meanwhile, isn’t convinced Kyle is her best option for a partner. “I love Kyle, but he’s not exactly the competitor I want by my side,” she says, in a bit of foreshadowing.

CHALLENGE ACTIVATED | For their next mission, “Ice Spy,” the duos must swim out in the freezing Icelandic water to grab a block of ice off a boat. Once back, they must smash the block with a pick to free a “kill,” then place it in another team’s station. Three kills, and you’re out; the last team standing wins. As the partner-less rogue agent, CT’s gotta sit out.

Wes and Natalie are the first ones taken out, then Leroy then wastes a kill on the already-eliminated Wes! (LEROY, WTF, MAN! What an embarrassing move.)

Mechie is DQ’ed for nearly freezing to death. (Kudos to Fessy for pausing his game to help the guy out.) Kam and Josh are next out, followed by Big T and Joseph, and Devin and Nicole. For some reason, no one is putting kills in Fessy and Aneesa’s station, as the placements slow down and get strategic. “I’ve never seen a group of challengers play a more scared game,” says Devin, while Kyle calls the insanity “pathetic.” All of the confusion leads to another Fessy/Aneesa win. Fessy says he’s got numbers in this game… which he realizes could hurt him going forward. Regardless, last week’s double agents remain top dogs.

STRATEGY SESH’ | Joseph wants to nominate himself (?) so he can get his gold skull (OK, fine), but he wants to go up against… Wes!? (Huh?) Wes pleads to Fessy, Cory and Nelson to “make him the janitor” of their operation, but he quickly swings that argument into a ploy for the “CEO” spot, and everyone shares a laugh. Keeping a big target in the house could help the Young Bucks, but as CT mentions, he doesn’t want to swim next to a drowning man. (Aside: It’s interesting how the tides have turned. For years, everyone let Johnny Bananas run rampant and win season after season. But now, vets CT and Wes are kinda having a tough time! I agree with Leroy, though: It’s time for new champions to be crowned.)

Devin and Kyle discuss swinging the house vote to Joseph, thinking that if Wes goes in and wins a skull, he’ll return with Natalie, CT will acquire Big T, and that would give Devin and Kyle more numbers in their favor. Kyle has no problem lying to Fessy about his vote, but what he doesn’t know is that the double agents will know he’s lying! 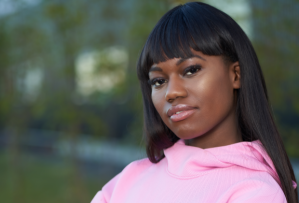 After bickering with Joseph, it’s clear Big T isn’t having it with her partner. She decides to plot against him and try to get him thrown in, so she can upgrade to CT. Clever girl!

DELIBERATION | Joseph vies for the opportunity to go against Wes, running his mouth so much that Natalie and Wes knock the rook down a few pegs. After all the votes are calculated, the compromised agents are confirmed: It’s Big T and Joseph.

Aneesa and Fessy are annoyed that the house expects them to do its dirty work. They consider making Wes a deal, and even contemplate telling him the classified info they’re privy to.

THE CRATER | TJ reveals the results, and when it comes time for the double agents to pick their nomination, Fessy passes at the chance to go down. Instead, they throw a curveball and vote Kyle and Nany instead of the expected Wes and Natalie. It’s a male elimination week, so Joseph and Kyle go head-to-head in “Ring of Spies.” In the face-off, the opponents must wrestle a ring away from the other and place it on their pole. (Yep. Fessy definitely missed a shot at an easy skull.)

Before the match, Joseph licks mustard to prevent cramps (?), but no condiment in Iceland could prepare him for the heat Kyle brings in Round 1. Joseph tackles Kyle a couple times in Round 2, but the Brit ultimately wins the elimination and his gold skull. (CT then delivers this gold: “Professor Kyle takes out Colonel Mustard in the Crater with the hula hoop.”) When it’s time for Kyle to pick a partner, he infiltrates and steals Kam, which pisses off Josh. TJ then gives Josh the option of partnering with Big T or Nany (he chooses the latter), leaving BT to ride with CT.

Surprised Wes escaped elimination? Shocked that Kyle stole Kam? Tell us your thoughts in the Comments below!