Under a canopy of Iceland’s Northern Lights, a mix of 30 Challenge veterans and reality rookies are about to compete in one of TV’s most grueling competition series. Little do they know, Double Agents is about to go down as one of the most twisted and deceitful seasons yet.

Over the course of the 90-minute episode, we learned the rules of the season (hellooo, gold skulls!), all of the team pairings, and not one but a whole slew of shocking twists that is bound to turn this game upside down.

The premiere kicks off with a montage of “handler” TJ Lavin looking all sorts of cool as he gets to tha choppa (Arnold voice, obviously) and greets the cast with fingers in his hair and swagger like Jagger. “The world is full of deception. A thin line blurs truth, lies, power and corruption,” he raps. “I know each of you has a unique skill… a social, political or competitive edge to rise above the deception to become an elite agent.” And with that, it is on.

MISSION DECRYPTION | In the first challenge, players (excuse me, agents) must memorize a color code found on a capsule high on a hill and duplicate the order of wires in their “suitcase bomb” station. “Don’t let any other agent stand in your way,” says TJ, clearly hinting to young members of the MTV audience that they should drink every time “agent” is uttered (which feels like 30 already).

In the women’s heat, Lolo beasts her way up the mountainous rock pile like it’s nothing, showing the others what an Olympian is really capable of. Ashley reminds us (in a confessional) that she’s a champ who came to win, while Aneesa talks about getting close to the final multiple times only to come up short. (See what else Aneesa had to say in our Q&A.) Nicole grabs the capsule and screams answers to Lolo, but Kam DGAF because she thinks her brain is better than all her competitors combined. Though Kam is absolutely justified in bragging about her smarts (remember how she ran circles around everyone in Final Reckoning?), Aneesa takes the win.

The men are up next, and the highlight here is CT (unknowingly) throwing a shoe directly into Wes’ face. It hits him so hard that it knocks the poor guy to the ground. (And Wes is right — we’ve been gifted with another timeless Challenge GIF. Please tweet it to me often and forever.) Big Brother‘s Fessy takes the W for the guys.

THE DUOS | TJ announces they’ll be playing in pairs, and Aneesa is declared the overall winner. Her reward? She gets first pick of the guys, which is a huge advantage over the other women. The 14-time challenger chooses Fessy, and the rest of ’em surprisingly get to choose their partner. Here’s how the duos stack up:

-Tori and Cory
-Theresa and Jay
-Kyle and Nany
-Devin and Nicole
-Wes and Natalie
-Darrell and Amber B.
-Lio and Gabby
-Josh and Kam
-Leroy and Kaycee
-Ashley and CT
-Big T and Joseph
-Lolo and Nam
-Amber M. and Nelson
-Mechie and Liv

The house will choose one person to go into elimination, voting as individuals and in secret. Then, the “double agents” (Aneesa and Fessy) will decide the second nominee. The loser goes home; the winner receives a gold skull. Like Total Madness, the only way to get to the final is to win an elimination, but there are only 10 skulls available this time. (Plot twist!) 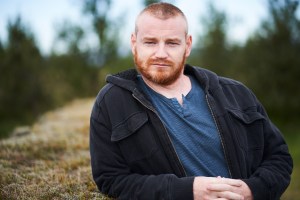 STRATEGY SESH’ | Wes tells Natalie he wants to vote in rookie Lio, while CT and Ashley discuss their huge targets being two champs. Kaycee tells Amber B. that the Big Brother alliance will have her back, but Amber’s own partner Darrell is already suspicious about trusting them.

Kam tells Aneesa they need to target winners, and CT and Ashley are at the top of her list. Leroy, another vet who’s never won before, finally seems ready to play dirty and do whatever it takes. The new power couple’s goal is to place two champs against each other, so one is guaranteed to go.

DELIBERATION | At the group meeting, CT panics, warning everyone about showing their cards too early, but when it’s time to vote, his plea makes no difference. Aneesa and Fessy enter the secret chamber and receive some classified intel: The “compromised agents” (who the house voted in) are, indeed, CT and Ash. And not only do the double agents know the result, but they’re given names of the specific players who nominated the pair for elimination!

ELIMINATION | New arena “The Crater” looks right out of a multi-million dollar movie set. (This series certainly keeps upping its production value). TJ tells the group that Ashley and CT are “compromised,” and Aneesa and Fessy decline the option to battle for the skull themselves. “I’ve been doing this show for almost two decades now. I have not won,” Aneesa reminds the group. “I’ve been underrated, dismissed and clearly disposed of by people I thought were my friends… I’m not playing around anymore. Since the house went big, I would like to go big as well.” (Speak. On. It. Queen.) Aneesa and Fessy then choose Wes and Natalie, and WOW, this premiere is taking off with a bang!

TJ then throws another huge twist: It’s a women’s elimination; CT and Wes are safe. In “Operation Fire Escape,” the ladies must navigate a huge beam while being bound by their ankles and wrists. They must get to the other side and back in order to win the gold skull. (Oh, and the entire contraption is set on fire. Because The Challenge.)

It’s an absolute clash of titans as the former champ and the Survivor winner struggle down the beam (which looks absolutely exhausting). Natalie ultimately defeats Ashley, to win the season’s first skull, and — of course! — there’s another twist! Nat has a big decision to make: She can either stay with her partner Wes, swap him out for CT or choose any agent she wants (besides the week’s winners). We’ll have to wait until next week to see what she decides.

Now it’s your turn! Which twist shocked you the most, and what agents are you rooting for? Grade the premiere below, then sound off in the Comments!