It can get a little lonely in Prodigal Son‘s Claremont Psychiatric Hospital — but Martin Whitly seems to have a new friend in Christian Borle.

Borle, best known on the small screen as Smash‘s Tom Levitt, will recur on the Fox drama’s second season, and TVLine has a 2021 First Look at his new role.

As seen in the exclusive photo below, Borle will play Friar Pete, famous for a notorious killing spree that has landed him in the psych ward with Michael Sheen’s Martin. A former friar ejected from his church for extremist views, Pete is a careful listener who offers respite to the other patients — and he becomes a key consultant in Bright’s latest case.

The actor’s Prodigal Son stint will be the second time he’s worked opposite Sheen: The two previously shared scenes on Showtime’s Masters of Sex, where Borle recurred as Frank Masters, the brother of Sheen’s Bill. His other TV credits include The Good Wife, Younger and Gilmore Girls: A Year in the Life.

When Prodigal Son returns (Tuesday, Jan. 12 at 9/8c), Bright will be picking up the pieces after his sister, Ainsley, unexpectedly murdered Nicholas Endicott (Dermot Mulroney). As series co-creator Chris Fedak told TVLine in April, viewers will see “a very complicated reaction to a very stressful and dynamic situation… not only for [Ainsley], but also for her brother, who’s been dealing with his father for all these years and now has to try and understand his sister and what happened in that moment.”

Scroll down to see Borle in character on Prodigal Son‘s second season: 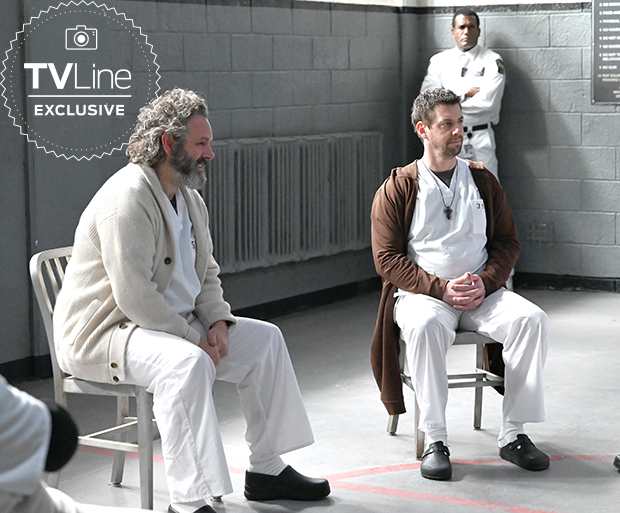