Don’t feel bad if you didn’t realize that two of The Masked Singer‘s Top 3 singers were LeAnn Rimes and Aloe Blacc: Despite having duetted in the past, neither of them realized the other was there, either.

Blacc “guested on my Christmas album, one of them,” Rimes said. Yet even when warming up backstage next to him, both fully in costume, she couldn’t quite place his voice. “I was like, ‘We should duet together,'” she recalls, laughing. And then I was like, ‘Of course: We have already!”

The pair recorded a cover of Ray Charles’ “That Spirit of Christmas” for her 2015 album, Today Is Christmas. “It was quite exciting to find out who she was in the performance when we finally did the finale,” Blacc said. After the show, “Even with all the protocols and everything that was going on, we still had a moment to say hello and give each other our respects backstage, which really was a special moment. It was one of the real moments that happened amidst all of the secrecy and the masks and the hiding.” 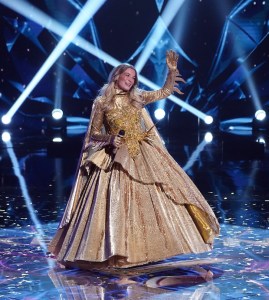 Rimes added: “It was amazing, because I got to — of course, we were all tested for COVID, so when I say I hugged him, it was legit. But after the whole thing, I’m like, ‘I just want to go hug my friend, because I can’t believe we’ve been the last two standing here together and I had no idea who that was!'”

TVLine spoke with Rimes, Blacc and third-place finalist/Backstreet Boy Nick Carter Wednesday afternoon about their time on the show. (And that’s when we learned that all of them didn’t know who was underneath the final masks!) Read on for their thoughts on:

THE WAY THEY PLAYED THE GAME 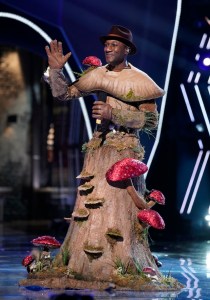 BLACC | My strategy was to use a different voice every time I had to perform, so I chose songs that represented different parts of my voice. If I had gone in using the same voice as, like, [Sings] “I need a dollar, dollar, a dollar is what I need,” I think for sure people would’ve said, “That’s Aloe Blacc,” and I would’ve been gone on the first episode. But because I chose songs more like, [Sings] “If I could turn back time,” you know, to try to get my voice into a different timbre, it really did throw the panelists off and I think the audience at home, as well.
RIMES | I almost didn’t do the show, honestly, because that’s what I thought: I’m sure people will know who I am from the moment I open my mouth, and I didn’t really know what game to play. [Laughs] And everyone on the part of the show just encouraged me to do what felt real for me and that I didn’t have to hide any pieces of me…  I think by the time we hit a certain point, people just knew. Certain things about my voice, I can’t hide, that are very much signature me.

THE PEOPLE WHO GUESSED THEM
CARTER | So [Backstreet Boys’] AJ McLean was on the show Dancing With the Stars, and he gave me a call. Middle of the show, and he gives me a call, FaceTime. He said, “Dude, are you on The Masked Singer?” I said, “What are you talking about?” [Laughs] I was able to throw him off just a little bit. He went back to work. And then [Backstreet Boys’] Kevin Richardson called me a week or two later. He saw one of my performances and he goes, “Hey man, I just want to say, congratulations on your performance. You sounded really good on the Bon Jovi. I knew it was you.” I’m like, all right, he’s my big brother, yeah. You got me. He goes, “You know how I know it was you? Nobody has those thighs that you have.” [Laughs] I guess I got these protruding, gymnastic-looking quads, and he recognized those from a mile away.

THE PEOPLE THEY GUESSED 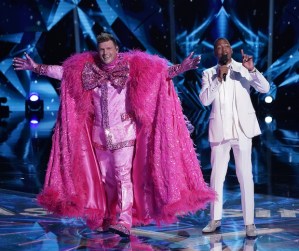 BLACC | I thought that Howie Mandel was going to be one of the contestants. Maybe I thought Broccoli was Howie Mandel. I had no idea who Squiggly Monster was. I couldn’t imagine. Who would be that tall? Probably a basketball player or something like that.
CARTER | I was walking by a monitor, and I saw LeAnn’s face. I was like, “She’s the Sun!” And I have this feeling — I don’t know — that Jordan Fisher is the Mushroom. But I could be wrong.

THEIR LATEST PROJECTS
BLACC | My album, All Love Everything [released in October], really is about family. This is the first time that I’ve put a little bit more of my personal and intimate relationships into my music, on record for the world to hear. Songs about my wife, kids, my relationship with my parents. These are songs that I feel like are really important for this time, where togetherness and sharing love are really important.
CARTER | The show inspired me. When I watched back my performances, I’m like, “Well, my voice has obviously changed, the older that I’ve gotten.” So we’re in quarantine right now, I can focus on doing stuff by myself until we get back to touring with the guys, hopefully later in the year. So I decided to start recording and writing music. I got some really great songs. I wanted to put something out right around the reveal tonight, so this Friday I’m releasing a song called “’80s Movie.” I was searching for a song that wasn’t necessarily [a Christmas song] but that still gave that feeling, that good, nostalgic, feel-good vibe.
RIMES | Every year for the past six or seven years, I’ve gone and done a Christmas tour. And now, not being able to do that this year, it’s been heartbreaking. I’ve worked so hard since I was 13 and been on the road, and I have enjoyed some time off this year… But this Christmas tour is the one thing that I’m deeply, deeply saddened by. So we decided to do a livestream this year. It’s super intimate. No one’s leaving their homes at the moment, so it’s going to be in the living room. I’ve done so many Christmas records, there’s a plethora of songs to choose from. We’re putting a setlist together. We’ve taken a lot of fan requests, so we’re going to be doing some of those. And I’m going to be performing for the first time during the live stream, [my] new song “If I Could Throw My Arms Around the World.”