One week after One Day at a Time was officially laid to rest, co-showrunner Gloria Calderón Kellett has revealed what would have happened in the back half of its truncated fourth (and now final) season.

In a series of tweets on Tuesday, Kellett revealed the loglines for Episodes 8-13, which were written but never produced before the series’ cancellation at Pop TV. Storylines teased include the introduction of a young, progressive priest (played by My So-Called Life‘s Wilson Cruz), a potential relationship hurdle for Elena and Syd (in the form of Arrow vet Bex Taylor-Klaus), a bizarro family road trip (complete with a telenovela parody!) and the birth of Schneider and Avery’s first child.

Scroll down to see how ODAAT would have closed out Season 4, then hit the comments and tell us if it provides you with some sense of closure. 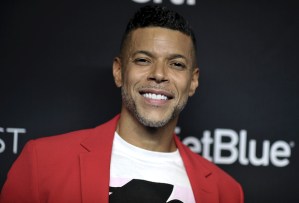 When Lydia’s church hires a young, progressive priest (Cruz), Lydia is able to convince Elena to start attending regular Sunday services again. Elena enjoys the positive message for a few weeks, until she misses an opportunity to clarify her sexual orientation and quickly realizes she was never be truly accepted by her church. Lydia takes it upon herself to challenge the priest on this. Meanwhile, Schneider enlists Alex to help him build a crib and baby-proof his apartment. Both of them learn they have a lot to offer each other in terms of father/son relationships. 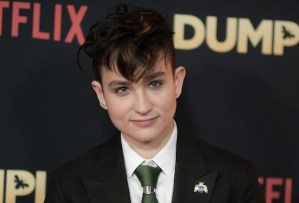 Now that Penelope is a nurse practitioner, she decides to see what else is out there work-wise, to surprising results. Meanwhile, Elena and Syd bond over their mutual crush, Tanya [the barista, played by Taylor-Klaus], but Elena takes it a little too far. Both Penelope and Elena take advice from Lydia, resulting in the two Alvarez women dealing with the outcome of their decisions.

It’s New Year’s Eve! Lydia is pumped to celebrate but the fam is tired of the rigmarole of ALL the Cuban traditions and wants to go out. So they hatch a plan so everyone gets what they want. They turn back the clock and do a fake New Year’s Eve for Lydia at 9 pm (with the New York ball drop) and head out to their fun nights. Everyone wins! Until their plans fall apart and they return home to find that Lydia knows what they’ve done. How the new year finds you is how the year will be and it can’t find them mad and not doing things the Cuban way. Now they must make things right before the strike of midnight or the next year will be ruined.

The Alvarez family road trip to the Grand Canyon extends to New Haven, CT, after Elena hears a rumor that touring the Yale campus will better her chances of getting accepted. To make the long drive comfortable, Schneider offers his RV, which is a replica of the Alvarez home. On the road, Schneider questions whether he will ever be as good a parent as Penelope. Meanwhile, Alex and Lydia catch up on a telenovela until a betrayal Alex has been keeping secret is revealed. Suddenly, Lydia and Alex find themselves living out a real-life telenovela… in an RV.

Lydia cancels the birthday party Penelope has planned for her, insisting that she’s not in the mood to celebrate. Elena and Alex discover their abuelita is upset about mementos from Cuba that have deteriorated beyond repair. But when they find an old tape of Lydia singing as a young girl, she gets an unexpected birthday present. Meanwhile, Penelope gets “cancelled” by Schneider when she makes fun of Avery’s alternative home birth plan, advocating instead for a hospital birth using traditional medical practices. In the end, Penelope finds the ultimate way to redeem herself, by delivering Schneider and Avery’s beautiful, healthy child… right in the Alvarezes’ apartment.

When Penelope accidentally sees an email on Elena’s phone and discovers that Elena did not get into Yale, the Alvarezes scramble to try to prepare Elena for crushing disappointment. Meanwhile, Avery and Schneider enlist the help of Dr. Berkowitz to help solve Schneider’s new parent insomnia. (As noted by Kellett, this one had “a twist where Elena wants to stay in L.A. after actually getting into Yale!”)