We’ve got questions, and you’ve (maybe) got answers! With another week of TV gone by, we’re lobbing queries left and right about shows including Shameless, Transplant, The Amazing Race and A Million Little Things!

1 | A question that last Friday’s The Mandalorian raised anew: Does stormtrooper armor protect them from anything? Anything at all? 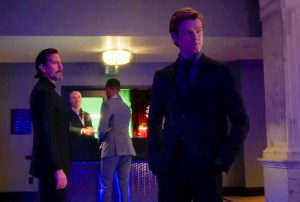 2 | How many minutes into the MacGyver season premiere do you think the lawyers for John Wick were calling CBS?

3 | Why didn’t Blue Bloods‘ Danny simply shoot out the lock on the cellar door? Or fire a couple shots to get the attention of whoever rang the doorbell? Come on! 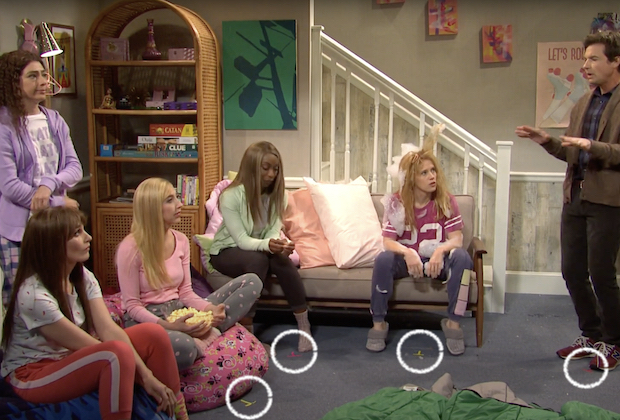 4 | While watching Saturday Night Live last weekend, did you notice the gaffer tape used mark the actors’ stage positions during the “Sleepover” sketch?

5 | What do we make of the fact that in NCIS: Los Angeles‘ post-pandemic world, the President of the United States A) plays golf and B) is a former congressman? (And he apparently has some very dirty laundry!) Also, the way that Roundtree and Fatima were going on about the sweet ride they were assigned by the motor pool, were you surprised we were never shown the vehicle’s brand? (Or was the show too busy plugging Anna’s “new Xbox”?)

6 | Do you buy that Shameless‘ Tami would be fooled by Lip’s coffee switcheroo? 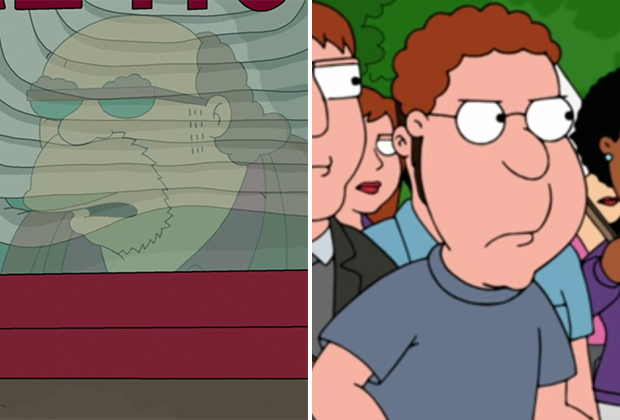 7 | Which of Sunday’s surprise returns did you appreciate more: The Simpsons‘ Bleeding Gums Murphy or Family Guy‘s Holden Caulfield? (And did you know that the latter even had a name?)

8 | Could Your Honor‘s Adam have been any worse at covering up his crime? How did Michael jump to the conclusion that Jimmy Baxter’s son was the person Adam hit just by seeing the Baxters sobbing at the police station? And we’re not lawyers (admittedly), but wasn’t Michael’s courtroom scene — where he, a judge, called witnesses, dismantled a cop’s testimony and then called him “a liar” from the bench — utterly preposterous?

9 | Why would Nurses‘ Keon use Gossip Girl as Willa Holland’s credit when she played a forgettable character in only five episodes? Wouldn’t The O.C. or Arrow make more sense as a reference? 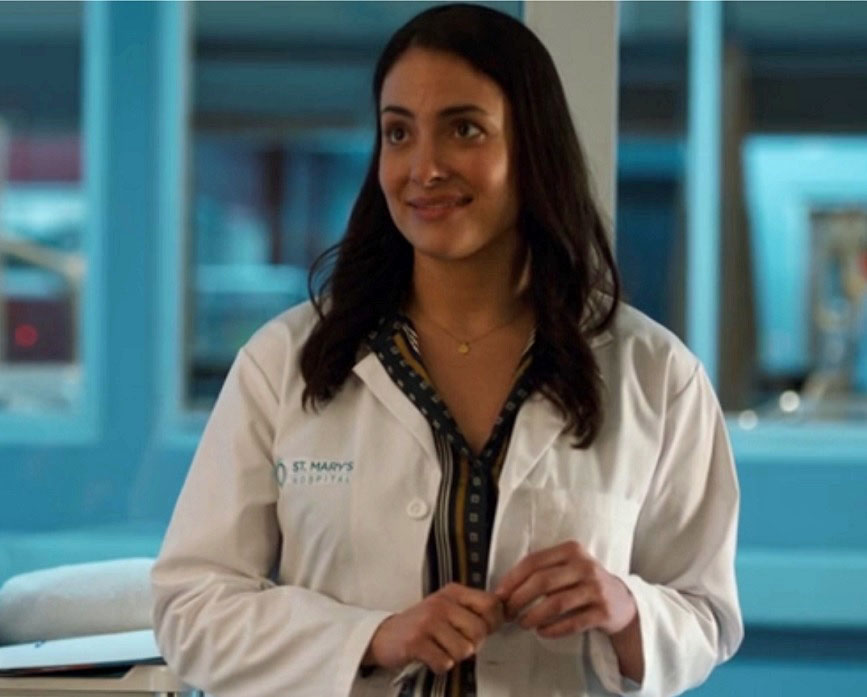 10 | Between her recent roles on Coroner, The Boys, Burden of Truth and this Monday’s Nurses premiere on NBC, is Nicola Correia-Damude the hardest working actress in Canada?

11 | Now that One Day at a Time is definitively cancelled, what happens to those six Season 4 episodes (and one animated special)? Do they live on CBS All Access, independent from the reboot’s first three seasons? Or does Sony strike a deal with Netflix to host those episodes, as well?

12 | Was A Teacher‘s time jump to Eric in college kinda jarring? Why skip Claire’s sentencing, which is such a crucial part of the story and exploring the consequences?

13 | Given that these NCIS episodes take place during a finite gap in time from last season, do multiple characters’ assorted haircuts make sense? 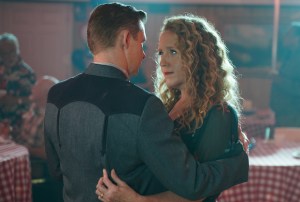 14 | Was Big Sky creator David E. Kelley making a thinly veiled reference to his recent HBO smash when, at the top of this week’s episode, Cassie’s dad told his daughter, “You seem a little undone”? Also, are taxi dances still a thing anywhere? Or was the show forecasting that the idea of box-stepping with strangers in a cramped dance hall is due for a renaissance in a post-COVID world?

15 | Transplant viewers, what’s your theory on the mystery woman who showed up at the end of the season finale? A cousin? Bash’s girlfriend/wife? 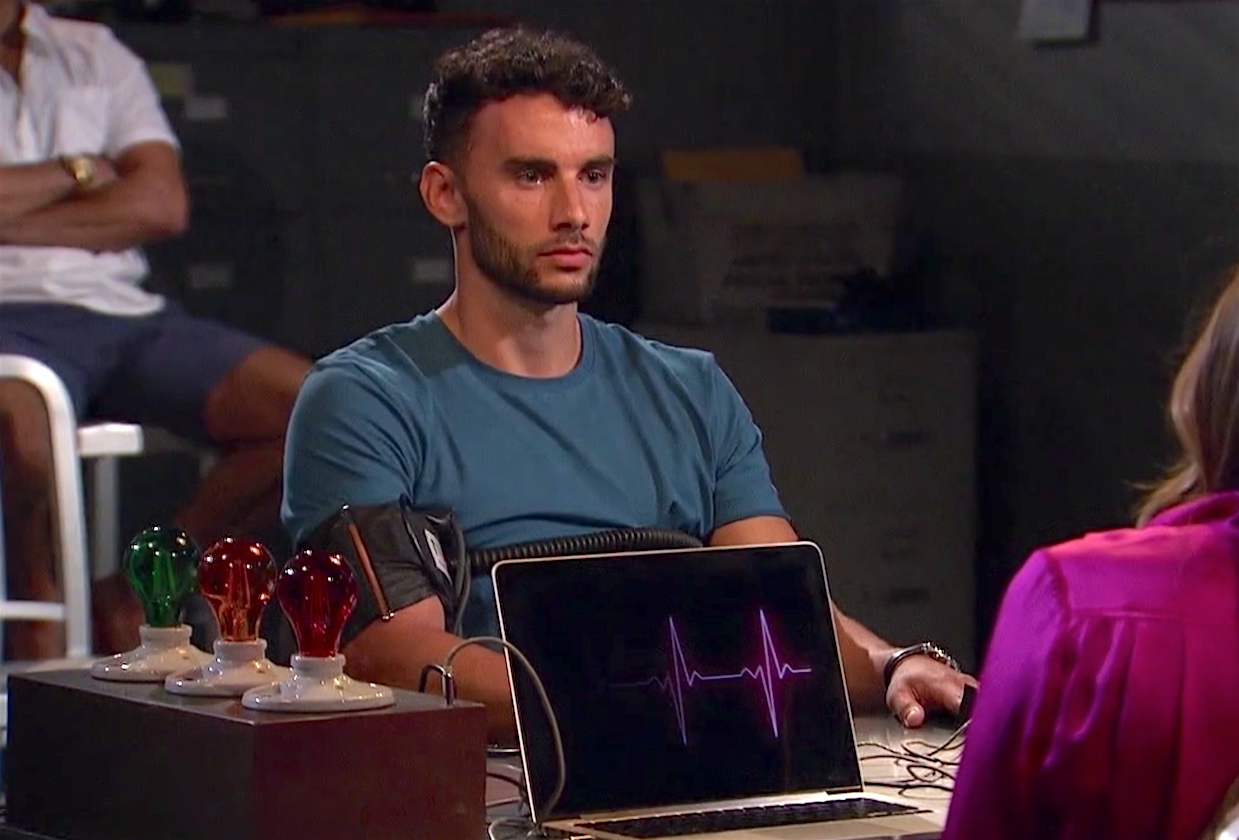 16 | How seriously should we take The Bachelorette‘s lie detector test, since it seems to consist of a laptop with a heartbeat monitor screensaver and a row of colored light bulbs? And didn’t the “Men Tell All” preview spoil several men getting kicked off who are still in the running?

17 | Did you have faith that FBI‘s bomb threat would turn out OK, or were you expecting to read Alana de la Garza exit interviews late Tuesday night?

18 | Did you have any idea Billy Eichner could sing sing ahead of his appearance on Tuesday’s Late Late Show With James Corden?

19 | If you watch both SEAL Team and S.W.A.T., did the back-to-back jarring explosions in public spaces leave you quite rattled for the night? And speaking of the latter, why didn’t Hondo simply take the wired-to-explode package from the kid in the wheelchair, then softly set it down himself?

20 | Anyone else repulsed by DeAngelo’s final words on The Amazing Race? Are you happy with how the Final 3 shook out?

21 | Which twist on The Challenge: Double Agents surprised you the most: Single eliminations in a duos season? Partner swapping? Were you happy to see Survivor‘s Natalie take out Challenge champ Ashley? Also, do you think CT will automatically be eliminated if he winds up without a partner? 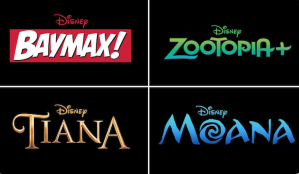 22 | Which was the bigger flex: HBO Max laying claim to Matrix 4, Dune and all those other feature films for 2021, or the bazillion Star Wars/ Pixar/ Marvel/ Disney Animation series that Disney+ announced?

23 | On Grey’s Anatomy, Bailey’s mother has had Alzheimer’s and she never, ever, ever mentioned it to “Daughter of Ellis” Meredith? (We know, we know, Bailey “explained” her silence, but… really?)

24 | Does A Million Little Things‘ Maggie deserve an award for successfully snagging the object of her affection while covered in vomit, for the second time in the show’s short history? And as multiple viewers pointed out, wouldn’t the authorities have performed an autopsy on Alex, and therefore learned that her cause of death was a drug overdose and not drowning?