Who is that?! That’s the big question following Transplant‘s Season 1 finale on Tuesday, which concludes with Bash and his sister Amira spotting a familiar face at the hospital’s front desk. Amira immediately rushes to the Syrian woman and happily embraces her, while a stunned Bash looks on. Then he, too, approaches.

“I thought you were dead,” he says. And cut to black. Argh!

Elsewhere in the finale, Bash seeks out Claire to discuss Dr. Bishop, who made a critical mistake with their patient, resulting in a ruptured spleen and an internal review. Bash reveals that he spotted Bishop treating himself for post-concussive nausea. Claire, too, noticed some issues, but she had no idea his condition had progressed to vision issues. Claire confronts Bishop, who admits that the monitor went foggy while he was guiding Bash through the procedure. Claire notes that he promised them a future together, so he better call his neurosurgeon. 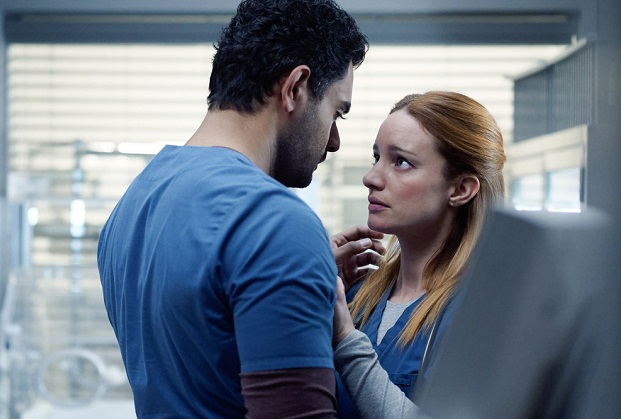 In the meantime, Dr. Bishop assures Bash that he plans to take full responsibility for the error before the board. Then, suddenly, his arm goes numb and he collapses from a possible stroke. Bishop’s outlook seems dire as he’s taken to emergency surgery for a potential aneurysm. Remember how Bash drilled into Bishop’s head in the pilot? Well, Bash thinks that might be the cause of Bishop’s problems. Mags reassures Bash that what’s happening is not his fault, and if anything, he saved Bishop’s life. She hugs Bash, and there’s definitely a moment where it feels like they’re going to kiss after they pull apart.

As Bash sits by an unconscious Bishop’s side, he recounts how he found his wounded dad back in Syria. “You must go,” his father commanded, so Bash left his dad there to die, he tearfully shares. Just like with Bishop, Bash blames himself for his father’s death. But in this case, Bishop lives and reunites with his son. 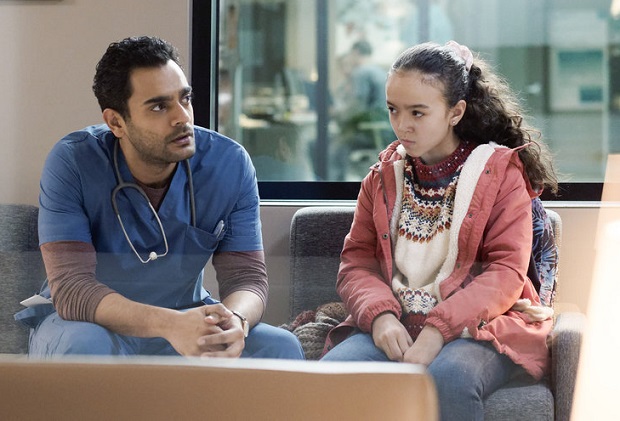 The incident spurs Bash to tell his sister the truth: He was too late to save their parents, and that’s why they’re alone. The last thing their father said to him was to find Amira and build a future for both of them. That’s how they ended up in Canada.

As for the rest of the docs, treating a terminally ill cystic fibrosis patient spurs Theo to make an unplanned visit to his wife. He apologizes for taking the job without talking her and says he can’t imagine life without his family. Meanwhile, June is encouraged by her supervisor to apply for the chief resident position.

What did you think of the Transplant season finale? And are you hoping NBC picks up the series for Season 2 (which has already been ordered in Canada)?