Shameless is serving the Gallaghers a challenge they didn’t see coming in the 11th and final season: the pandemic.

The Showtime series returns this Sunday (at 9/8c) with the clan’s lives turned upside down by the coronavirus outbreak. From struggling more than ever to stay afloat financially to dealing with the ever-changing rules about which businesses can stay open, the family and their loved ones have their hands full. Plus, Debbie’s in trouble with the law, Ian and Mickey are experiencing marriage issues, and Lip might as well be hitched!

Below, executive producer John Wells discusses how the pandemic affected the show’s swan song and previews the state of the Gallaghers’ various romantic relationships.

TVLINE | You knew going into this last season that it would be the final one, but then the pandemic happened and delayed production. How has having that extra time impacted things in terms of the process of saying goodbye to the show?
Everyone’s been in that same frame of mind during this period of time. There’s so much uncertainty in everything that just as friends and people who have worked together for a long time, we’re all sort of like, “Are we going to be able to do this? How is this going to work? What will we do?” But the big difference for us was we decided that it would really be impossible to not deal with the current issues in Shameless, [which] is a ribald satire about public policy and everything. Basically, we had written an awful lot of the episodes, and we went back and put them into the world that we’re experiencing now. So that changed a lot in the storytelling.

TVLINE | Are there any particular storylines that really shifted?
No, it was more like conforming them. Certainly, the gentrification and the changes in the South Side, because everyone is in this sort of suspended animation, economically, now. So dealing with how many jobs have been lost and how much tougher it’s gotten for people who were already barely hanging on — and trying to make it funny. Very serious issues about what we’re all confronting, economically, particularly for people like the Gallaghers [and] their world, who really live paycheck to paycheck and are very much a part of that cohort of [people] who don’t have 400 bucks in the bank to deal with even minor problems and things that come up.

TVLINE | In photos, the characters are wearing masks. In what other ways is the pandemic either visually or storytelling-wise reflected in the final season?
Well, the bars have been shut down for a lot of the time and then reopened and shut down again in Chicago, so we’re dealing with that at The Alibi. The amount of business that a lot of the characters have actually been able to carry on is reflected. The school closures, because a lot of the characters have kids, and how do you work while you’re also dealing with all your childcare issues? The world of Shameless is sort of perfectly attuned to do the storytelling that reflects what’s happening to working class people and everybody who’s living just barely above the poverty line. 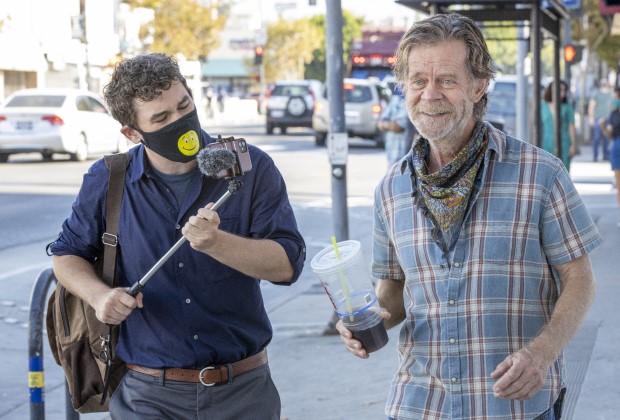 TVLINE | How do the characters respond to what’s going on? Are there any anti-maskers in the bunch?
Oh, yeah! Frank, by definition, sees himself as a libertarian. So he thinks the whole thing’s a little bit of a plot. You never know with Frank whether he means it or whether he’s just trying to get a rise out of you. It’s [about] hard times and people trying to find a way to navigate through those hard times and not lose their sense of humor and their humanity and the way in which they look out for each other.

TVLINE | How about the other characters in the family, specifically Debbie and Lip? How is it impacting them?
Debbie’s on parole for her statutory rape conviction with Julia, who is only a few months younger than her, but on the wrong side of a few months younger, and that’s affected her handyman and welding business. With Lip, the hours have been way cut back at Born Free, and so they’re bringing a lot less money in. Mickey and Ian are both on parole, working minimum wage jobs and trying to make any kind of ends meet. Mickey, obviously, is struggling with, “Why don’t we just go rob something or do something where we can make some real money and just have a good time and not have to be doing this shit?”

TVLINE | Since Shameless is so topical, did you also incorporate what happened in the real world with the Black Lives Matter movement?
Yeah, absolutely. We were kind of post-the immediacy of the George Floyd, but not post-Black Lives Matter, of course. It’s about how it’s impacted the neighborhood, and what people’s opinions are about what’s happening and about police brutality. There are a number of boarded-up businesses in the neighborhood now from when there was social unrest during all of that. There are murals about COVID and about George Floyd and all of those issues, because it very much impacts the people who live here.

TVLINE | Are there any specific characters that get involved in that storyline?
Veronica, of course, but [there is] also just a sense of oppression in the neighborhood. And then Carl is a police cadet, so he’s on the other side of that. He’s just starting to get his training, and there are a lot of conversations between his training officers and Carl about what policing should be. And again, it’s a comedy and a satire, so it’s pretty irreverent [about] what some of those conversations are. 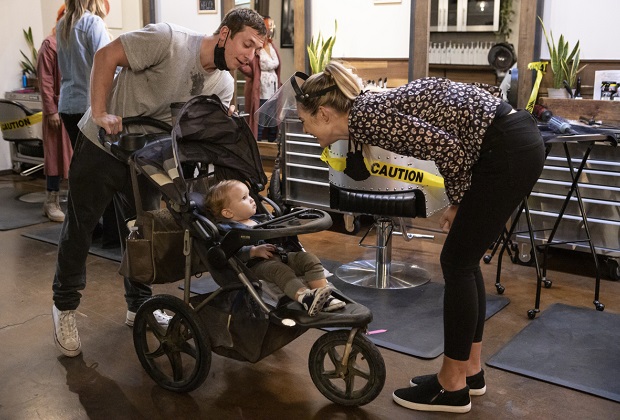 TVLINE | Lip and Tami are starting their own household. How are they adjusting to that? And what is it like for Lip to be out of the house, for both him and for his siblings?
That’s a big part of what their story is, which is they’ve started their own life, and they’re only about a hundred feet down the alley. So how do you separate all those relationships out, and how does the family back at the Gallagher house get used to the fact that Lip’s not going to be there to be the kind of de facto dad? He’s trying to start his own life and differentiating, and yet very involved still in the lives of the Gallagher family. And Tami’s ready for them to be their own thing. We’re playing to those contrasts [with] what’s happening with Ian and Mickey, and what’s happening with Tami and Lip. We’re playing a lot of those stories side-by-side so that Ian and Lip are spending a lot of time talking about, “How does this marriage thing work?”

TVLINE | But Lip and Tami aren’t married yet. Is that something they’re thinking about or talking about?
They haven’t talked about it too much, but the truth is they might as well be married. And that’s kind of Ian’s point of view, which is, “Yeah, yeah, yeah, you don’t have to deal with these same issues because you’re not married, but dude, you’re more married than I am.” 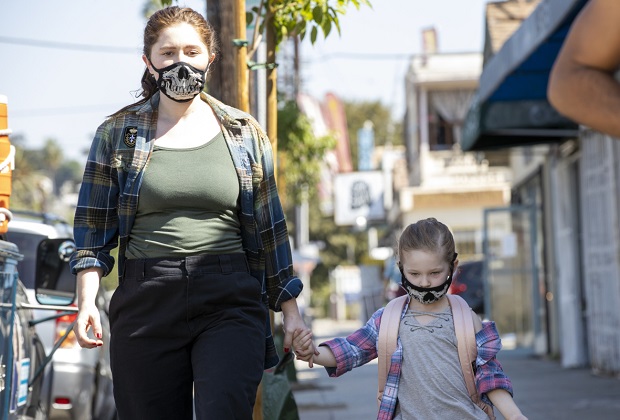 TVLINE | How is Debbie’s love life looking in this final season? Is Sandy going to be around?
Yeah, she’s definitely around as we begin the season, and she’s got to figure that out. She’s got to figure out who she want to be. The story, at this point, for all of the Gallagher kids is, “Who are we going to be as adults? And how much do we need each other, which is a lot, and how do we differentiate ourselves as adults?” It’s a thing that we all go through if you’ve grown up in any kind of family, but particularly in a really close family where everybody depends upon everybody else, basically, to survive. How do you separate out? How do you become your own person and have your own relationships? And the people that you have relationships with, are they simply being incorporated back into your family, which is usually what people sort of assume is going to happen? Or are you actually forming something else, which is your new family that you have with the person that you’re going to spend your life with now? So those are huge issues for people who have clung to each other to survive as much as the Gallagher kids have.

TVLINE | Liam is still very much a child, but in some ways, he is the most adult out of all of them. So what’s in store for him?
[Laughs] He’s like, “Who’s thinking about me? Who’s going where? You guys are starting your own lives? Wait a second, I’m still like 12. Is anybody paying attention to me?” So that’s another one of the big stories is Liam’s worried about where he will be if everybody kind of goes off to have their own lives. Like, “Where does that leave me?”

TVLINE | The last time we talked, you mentioned that Kev’s got to find his ex now to actually get divorced. What does that journey look like for him?
Again, everybody’s sort of dealing with the same things, which is the bar is really struggling. So “what do we do? Do we sell the business? Do we move someplace else? Do we change our career and our lives?” That’s really the big part of their story. Who are they going to be if this neighborhood changes?