The nine-episode first season of Selena: The Series chronicles the early life of Selena Quintanilla-Pérez, who began her entertainment career as lead singer in her family’s band but achieved stardom as one of the best-selling Latin artists of the 1990s. Even if you’ve never crooned hits like “Como La Flor” or “I Could Fall in Love” as you pretended your hairbrush were a microphone, you likely are aware that Selena’s life — and rocketing career — were cut tragically short when she was murdered in 1995 by her business associate and friend Yolanda Saldívar. (The 1997 film Selena, starring Jennifer Lopez, also told the singer’s story.) 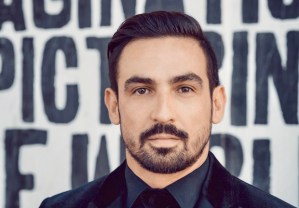 Ahead of the drama’s premiere, TVLine chatted with series creator/executive producer/writer/showrunner Moisés Zamora (Star, pictured at right). Read on for what you need to know about the show.

THE CAST | In addition to Serratos, Chavira and Lopez, the cast includes Gabriel Chavarria (The Purge series) as Selena’s brother, A.B.; and Noemí Gonzalez (The Young and the Restless) as Selena’s sister, Suzette.

FINDING THE RIGHT SELENA | Not long after the series was announced, a mutual friend set up a meeting between Zamora and Serratos. “She wore her hair back and she wore that red lipstick, so she was already playing Selena,” the EP remembers, laughing. “And I’m like, OK, Christian, OK.” He adds that he’d been a fan of her work on The Walking Dead, and as their conversation continued, he was more sure that he’d found his Selena. “The way she expressed herself — that was really important to have this almost effortless charm, to have this layer of kindness and genuine personality that comes through,” he says. After all, “from all the interviews that I read and saw video about people speaking about the real Selena, they all found her very loving, charming and kind, and always taking time to speak to the fans.” And when Serratos made people weep during her final round of auditions, Zamora reports, “it was a done deal after that.” 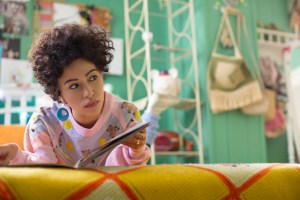 THE SONGS | Anytime Selena steps to the mic to sing one of her songs during the show, the audio you hear is the beloved singer’s actual voice. However, Serratos, Gonzalez and Chavarria’s voices can be heard sometimes when Selena y Los Dinos — the Quintanilla family band — go a capella.

WHERE TO BEGIN? | The task of streamlining such a rich life story “was invigorating. It spoke to my own personal life and what it means to be Mexican-American and able to make a mark in this country as a creator,” Zamora, who emigrated to the United States when he was 11, tells TVLine. “Don’t get me wrong — was I anxious? Absolutely… but it was exciting, because it was the opportunity of a lifetime.” 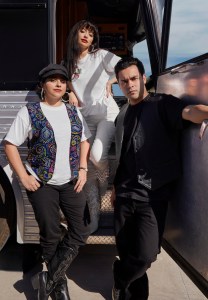 FAMILY MATTERS | Members of Selena’s family were intimately involved in the making of the show. Zamora recalls that he traveled to Corpus Christi, Texas, to pitch the Quintanillas his vision for the series, and later spent a lot of time talking with them as the outline for the show came together. Because it had been decades since the events he wanted to cover, and because their memories of Selena are so precious, “I knew that it was going to be a very delicate process,” the EP says. “But we got through. It came from the heart. Everyone was on the same page about what we wanted from the show, and that was essential.”

WHERE TO BEGIN? | The series literally begins with Selena’s birth, then follows the gradual rise of her career as Abraham realizes what a star he has in his younger daughter. “He made everything possible to provide the opportunity for this young little girl to become eventually what he envisioned for her: this incredible superstar, singer and powerful woman,” Zamora says. Eventually, however, that woman starts to make decisions for herself — both about her career and about her love life. (Yes, Chris Perez — the man who would eventually become Selena’s husband, played here by newcomer Jesse Posey — does show up before the end of the season.)

WHERE TO END? | Mild Spoiler Alert!: The violence that ended Selena’s life is not included in the season, Zamora explains, because he wanted more time to explore the fullness of her existence. And when Saldívar does become a more prominent part of the story — in a potential future season — “we are planning to take a moment to see how she ingratiated herself into their lives and why she was part of that world.” He adds: “Our intention is definitely to tell [Selena’s] life story in its entirety, and her legacy, so it clearly would be beyond this first nine episodes.”