Sunday’s series finale of HBO’s The Undoing (read recap here) solved the big “Who killed Elena?” mystery, but we still have so many unanswered questions about the six-episode thriller. And since there is little chance of the limited series returning for a second season, we rang up exec producer David E. Kelley and kindly, gently sought closure on a myriad of topics, including Grace’s perplexing “flashbacks,” Franklin’s mysterious $500K loan to Jonathan and Haley’s killer courtroom declaration.

TVLINE | Were you tempted at all to deviate from the source material and have someone other than Jonathan turn out to be the killer?
No. It was always Jonathan, right from the beginning. We never wavered on that.

TVLINE | Before he killed Elena, Jonathan lied to Grace about needing to go to an out-of-town medical conference. Should we interpret that to mean the murder was pre-meditated? And, if not, why did Jonathan manufacture this business trip?
[Laughs] I am not going to answer that for fear of spoiling part of the fun of people rewatching [the series] and asking the very question you are asking. I’m going to plead the fifth on that one. But it’s a good question.

TVLINE | Fleeting flashbacks to the crime scene were woven throughout all six episodes, and they typically appeared to be from Grace’s point of view. But now we know they couldn’t have been, since she was never there. Was she just imagining what the crime scene might’ve looked like?
Correct. We played with that point-of-view construct, that they could be accurate memories or they could be her imagination. And they were the latter. 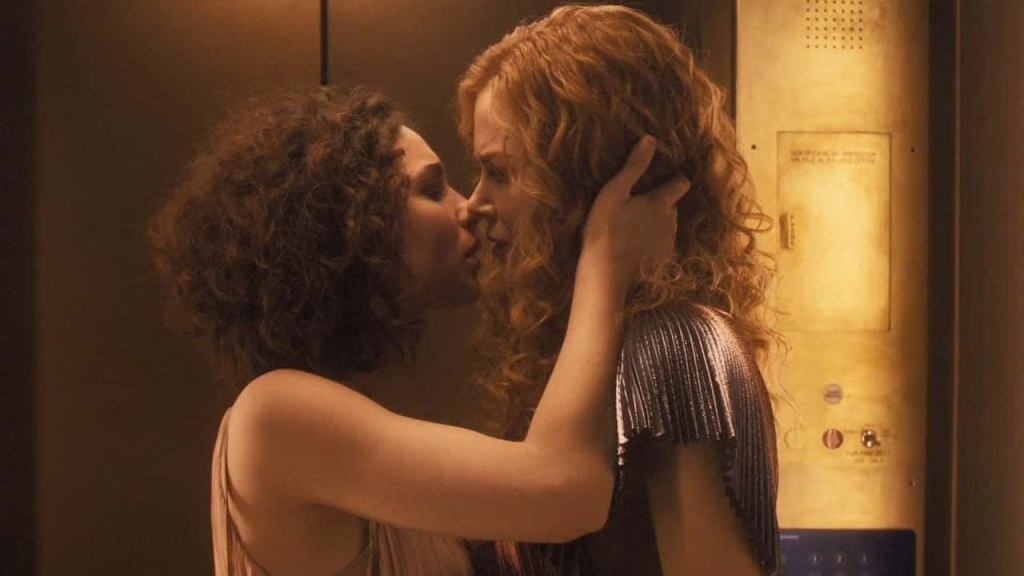 TVLINE | I was surprised the Elena-Grace kiss from the first episode never came up during the murder investigation or subsequent trial, especially since the elevator probably had a camera. Did you ever consider having that come out?
Yes, we did, actually. We did. It was a private home, so there wasn’t a camera. But there were a couple of scripts early on where Grace admitted to Haley that Elena had kissed her. We [ultimately] didn’t keep that in the script [because] we felt it took us more sideways and didn’t advance the defense. But it was a plot point that we kicked around for a bit, whether that should come back to incriminate Grace more than the footage of her walking by the crime scene.

TVLINE | There was a lot of fan speculation about Sylvia. Some theorized that she was the killer, others wondered if she was the other woman Jonathan had an affair with. Were either things ever considered?
No. In designing the episodes, we were inviting people to play with their biases and their curiosity and their version of the truth. There were scenes with Sylvia that were deliberately cryptic, but it was never part of the master plan to have her be part of the crime. I’m not on social media, but I was hearing that some people speculated that Franklin was having a relationship with her or Jonathan was having a relationship with her. And when I go back and look at the episodes I make room for the possibility that people might fill in some of those blanks and arrive at those conclusions. But it was never part of the plot. [Read what Hugh Grant had to say about the identity of the mysterious second woman in Jonathan’s life.]

TVLINE | One of our readers suggested that perhaps Sylvia was Jonathan’s dead younger sister…
[Laughs] I think we’ll write the sequel by committee if we do one. There were a lot of ingenious ideas that spring up. 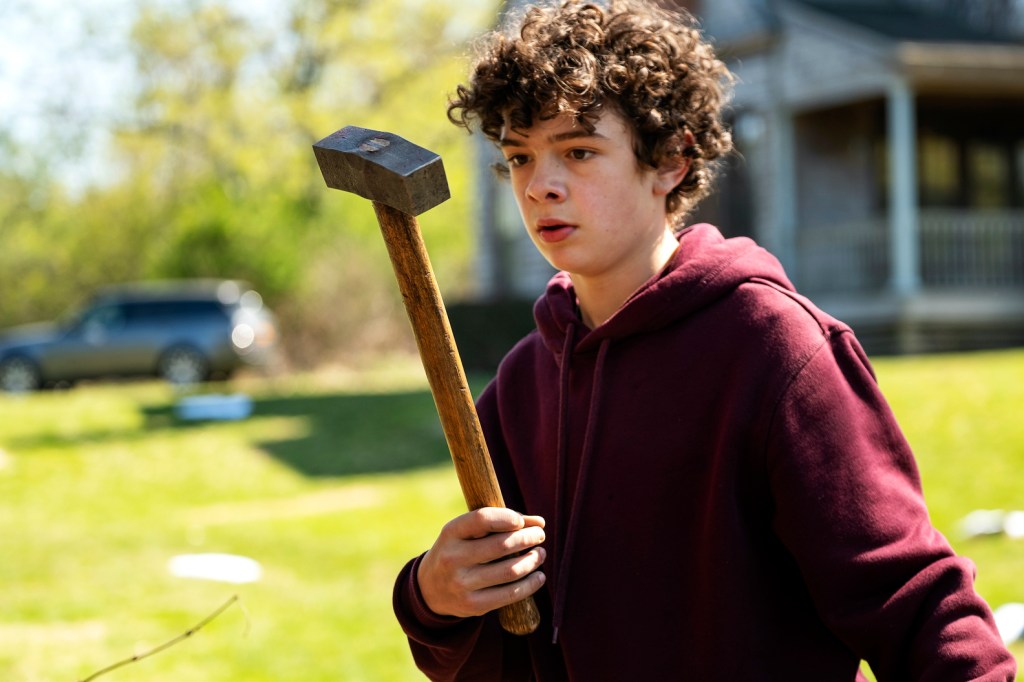 TVLINE | Before they learn that Henry put the sculpting hammer through the dishwasher, Jonathan brings up that the murder weapon might actually exonerate him. Knowing what we know now, why on earth would he suggest that?
Because he’s pathological. He even suggested to Grace that Henry could be the killer. This was a serious poker player here. On one hand, it looks like he could be on an innocent fishing expedition to get out information, when in fact he’s manipulating his audience and trying to influence their behavior.

TVLINE | What did Jonathan do with the $500K loan he got from Franklin?
Oh, now you’re gonna tax my old memory. [Laughs] I don’t think we accounted for all of it. He was paying for Miguel’s scholarship at Reardon. And he was probably paying for trips with Elena. He might’ve even donated a few dollars to a worthy cause, because that’s Jonathan. 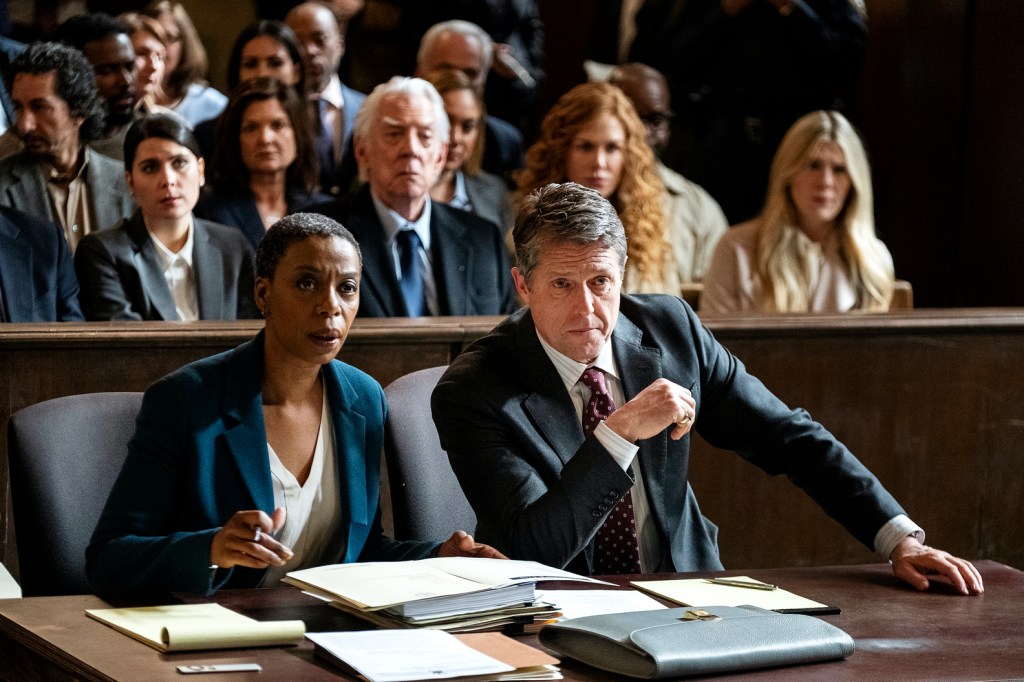 TVLINE | When did Haley become aware that Jonathan was, in fact, guilty? I was thrown when, in the finale, she chided him for not doing a better job of getting rid of the murder weapon.
Haley probably figured he was guilty right from the get-go. But the question [of his guilt or innocence] is irrelevant to her. It’s about burden of truth and whether she can create reasonable doubt or not. She looks at all of the evidence that is available to her, and she plays her hand accordingly. Haley would’ve been zealously representing Jonathan, guilty or innocent.

TVLINE | You jokingly mentioned doing a sequel by committee. Do you see any dramatic potential in a Season 2? Or are you satisfied with this being the end of the story?
I think we’re satisfied. We’re happy with the way it ended. I said there wouldn’t be [a second season of] Big Little Lies, so I won’t say that now. I learned my lesson. But that is not our intent.