Man’s best friends didn’t come to play on Thursday as 207 breeds and varieties competed for glory at the 2020 National Dog Show. 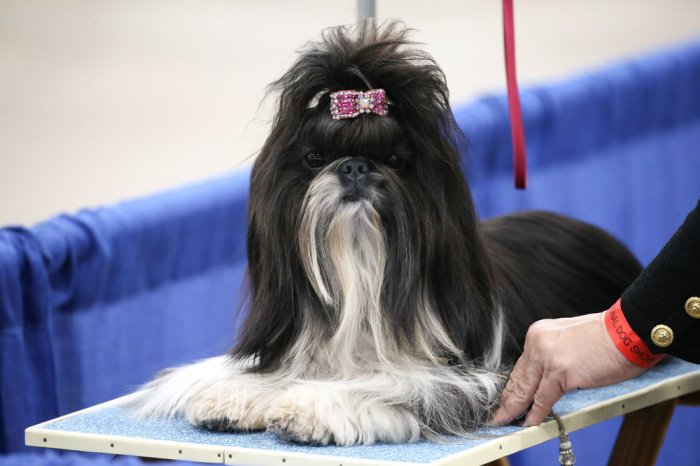 According to NBC, this year’s show included the debuts of three new breeds, described below:

* The Barbet (Sporting Group): “A water dog from France with a long, sweeping tail, a dense coat of curly hair and a distinctive beard. He’s an agile athlete with a bright, friendly nature.”

* The Dogo Argentino (Working Group): “A strong and intelligent hunting dog from Argentina, originally bred to hunt big game such as boar and mountain lion. He has a short white coat and expressive face.”

* The Belgian Laekenois (Herding Group): “Like its three close Belgian relatives (Belgian Malinois, Belgian Sheepdog, Belgian Tervuren), the Laekenois was originally used in police work. They all still do some police work but are best known as athletic, hardworking herding dogs. The Laekenois separates itself with its different coat color and texture, and a different region of origin.”

You can check out a shot of the three new breeds below (and while you’re at it, click here to see more of this year’s competing dogs): 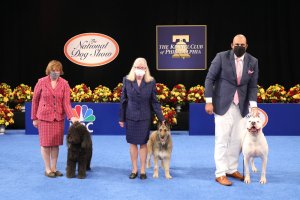 Now, for the results. As always, the competition was ruff, and only one competitor could emerge top dog. The 2020 National Dog Show’s Best in Show winner is… Claire, the Scottish Deerhound!

If you need a refresher, last year’s winner was a god-like Bulldog named Thor. And if you missed this competition’s original broadcast, fear not — you can catch it again on Saturday, Nov. 28 at 8/7c.

How’d your favorites fare? Drop a comment with your thoughts on the results.