THE PERFORMANCE | A relative newcomer with just a few screen credits to her name, Corrin had some big shoes (and puffy wedding dress sleeves) to fill when she took on the role of Diana Spencer, aka Princess Di, in the fourth season of Netflix’s royal drama. But fill them she did, with a captivating, heartbreaking performance that peaked in Season 4’s third episode, as Diana’s whirlwind romance with Prince Charles began to fall apart before they even walked down the aisle.

Corrin certainly looks the part — her ’80s feathered hairdo as Diana in later episodes is just spot-on, isn’t it? — but she also fully inhabited Diana’s youthful exuberance as the girl celebrated Charles’ proposal with a night out with her friends and roller-skated through the halls of Buckingham Palace to the sounds of Duran Duran. Her royal courtship wasn’t all smiles, though; Corrin’s face flushed with embarrassment as Diana stumbled during a meeting with Charles’ family, leading the Queen to put her through a crash course in royal etiquette. Plus, cracks were starting to show in her relationship with Charles, and during a disastrous lunch with his ex Camilla, it was devastating to watch Corrin’s face crumble as doubts started to creep in. (Diana also fell victim to bulimia, which The Crown depicted in unflinching detail.)

As Diana’s concerns began to mount, Corrin began to shine even more, with the future princess thrashing around like a wild animal in the midst of an elegant ballet routine. She confronted Charles about Camilla, and though they still went through with the wedding, Corrin’s jaded face showed us that this was certainly no fairy tale. It can’t be easy playing an iconic character like Princess Diana, but Corrin rose to the occasion… and made us fall in love with her the same way the world fell in love with the Princess of Wales. 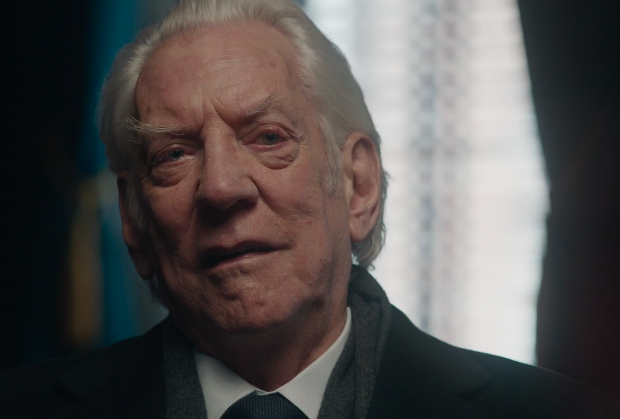 HONORABLE MENTION | We don’t know if Franklin Reinhardt is the killer on The Undoing, but Donald Sutherland scared us to death in the HBO thriller’s fourth episode on Sunday when his retired financier tore into the private school bigwig who just suspended his grandson. “I’m an old-fashioned c–ksucker. The more traditional kind. The kind who f—s over anyone who hurts me or a loved one,” Franklin informed the dean, Sutherland marinating his character’s ominous threat with a terrifying charm, before going in for the kill: “You speak of ugliness, Mr. Connaver? You have not yet met… uglinessssss.” (If there’s such a thing as rattlesnaking a word, Sutherland just did it!) Later, the honorary Oscar winner deftly brought out Franklin’s vulnerable side when he came out as a serial philanderer to daughter Grace (Nicole Kidman). “I was not a quote-unquote good husband,” he revealed, Sutherland infusing his words with embarrassment, resolve and then self-loathing as he articulated the breadth of his betrayal. “I was unfaithful to her again and again and again and again.” The 85-year-old Sutherland, meanwhile, remains as dependable as ever. 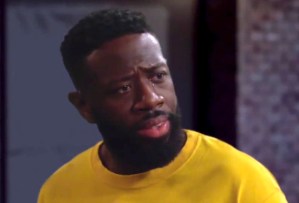 HONORABLE MENTION | The Neighborhood‘s Black Lives Matter-focused premiere gave Sheaun McKinney the chance to show off his fine dramatic chops. He made you feel every bit of anger coursing through Malcolm’s veins as he grappled with how far he was willing to go, and what he was willing to give up, in the name of justice. That fury also came across in his body language, as he tried to put up a wall between himself and his father, Calvin, who was only trying to talk him off a metaphorical ledge. By the time he let his guard down, admitted he felt helpless and accepted Dad’s embrace, we felt like we had a more complete understanding of Malcolm’s internal struggle, which is a testament to McKinney’s stellar work. 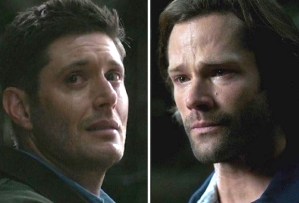 HONORABLE MENTION | To sum up what Supernatural stars Jensen Ackles and Jared Padalecki brought to their roles as Dean and Sam Winchester is nearly impossible. Episode after countless episode, the actors embodied the hunters with humor, emotional depth, and genuine love for their characters and each other — and this week’s series finale was no exception. When Dean’s life was tragically cut short halfway through the hour, Ackles and Padalecki delivered a powerful and devastating goodbye between the brothers that was also a testament to the duo’s 15-year bond on- and off-screen. While Padalecki tapped into Sam’s fear and denial, his voice breaking and his eyes bloodshot with tears, Ackles honed in on Dean’s acceptance of his fate. Pulling Sammy closer to him, Ackles imparted some of Dean’s final words to heartbreaking effect: “I love you so much. My baby brother.” Even the actors’ physical gestures, like the way they placed their hands over each other, felt like a gut-punch. By the time Dean took his last breath, the magnitude of feeling and loss in the pair’s performances had knocked the breath out of us. To Ackles and Padalecki, we say: Thank you. Now, lay your weary head to rest. Don’t you cry no more.