We’ve got questions, and you’ve (maybe) got answers! With another week of TV gone by, we’re lobbing queries left and right about shows including NCIS: Los Angeles, The Bachelorette, Chicago Fire and Law & Order: SVU!

1 | Why is NCIS: Los Angeles‘ Nell so out of the loop about what Eric has been up to, and for apparently a while? Did they not keep touch at all while she was taking care of her mom?

2 | Safe to say it’s no coincidence that CBS launched its Sunday night “NCIS classics” with an episode featuring a virus, PPE and quarantining? 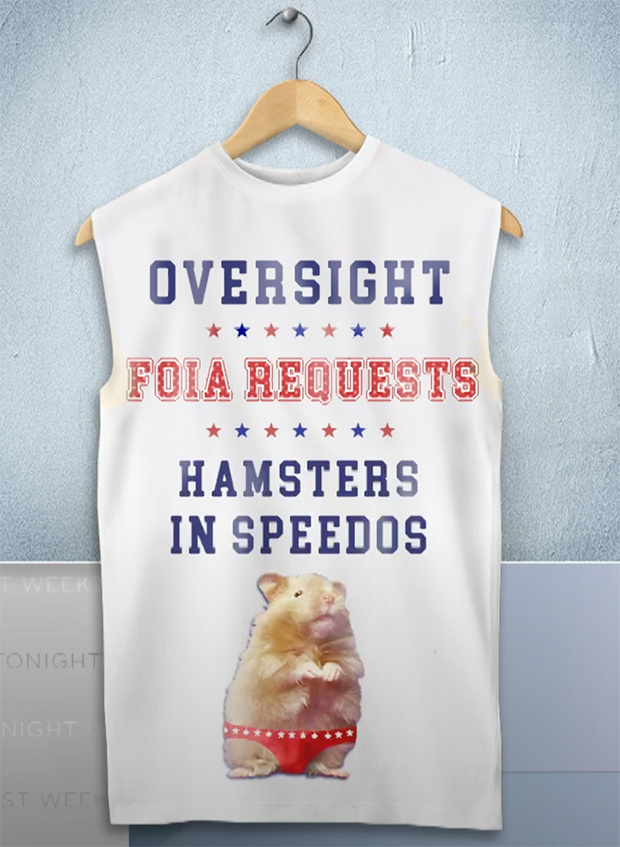 3 | Did any other Last Week Tonight viewers check the HBO Shop to see if these hamsters-in-speedos tank tops were for sale? Follow-up question: Why aren’t they?!

4 | On The Undoing, was it odd that Grace — upon learning that her father covertly gave her worse half Jonathan a very forgivable $500K loan — didn’t in turn ask her husband what exactly he needed the money for?

5 | Didn’t The Walking Dead: World Beyond kinda make you regret your initially negative first impression of the show, at least a bit, with its better-than-usual “Shadow Puppets” episode?

6 | Are we really to believe that in a whole week together, Fear the Walking Dead‘s Sherry wouldn’t have mentioned to Dwight the new group that she’d joined? Or is that less of a head-scratcher than either of them being willing to split up again following their hard-won reunion?

7 | If Wentworth Miller doesn’t want to play straight characters anymore, can he please come back to Legends of Tomorrow as Leo-X?

8 | With all due respect to Dancing With the Stars‘ house band, couldn’t ABC have ponied up the cash for the actual versions of those Icons Night songs — since they’re, y’know, iconic? And did you gasp a bit when pro Artem Chigvintsev broke COVID protocols to give Carrie Ann Inaba a big hug?

9 | Isn’t it a bit eerie that The Good Doctor‘s Nurse Petringa, who died of coronavirus in Monday’s COVID-themed episode, was originally introduced in Season 2’s fall finale, which involved a fictitious virus/quarantine?

10 | How in the world could Industry‘s Harper have landed such a high stakes gig without a real college transcript? 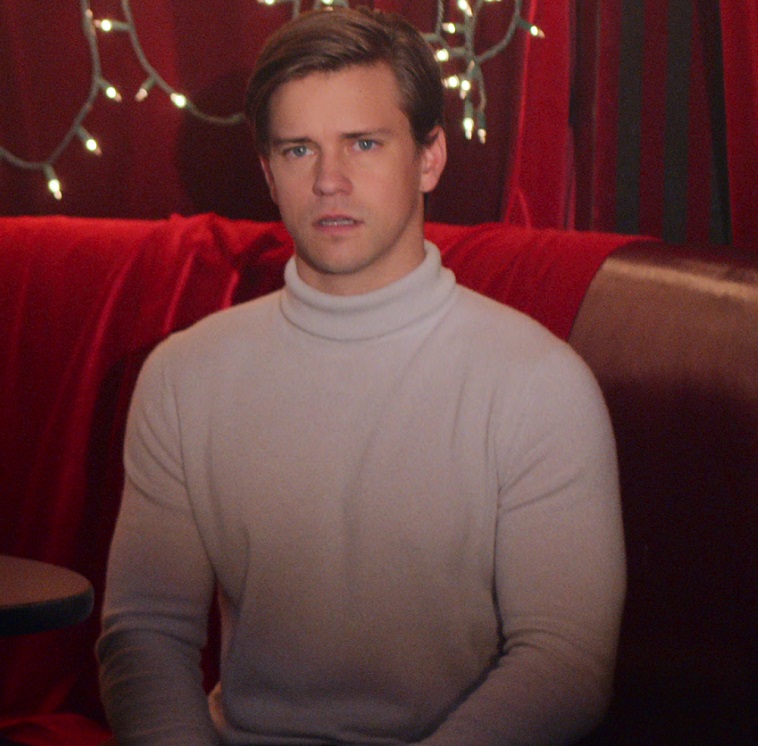 12 | On A Teacher, is it jarring to see Shane Harper as a high school student when he just recently played a very grown adult on Hightown?

13 | With This Is Us giving shout-outs this week to Buffy, Outlander, Who’s the Boss, Mr. Belvedere, Brad Pitt, Ryan Gosling, etc., is it possible the show is leaning into pop culture a tad too much? And wouldn’t Tess definitely post her angry dance video on TikTok and not whatever generic app that was?

14 | Shouldn’t The Bachelorette‘s Tayshia have gotten her own fresh crop of men to choose from, instead of adding just four new guys to join Clare’s leftovers? And how relieved were you that the show resisted the urge to expand its “exclusive” post-engagement Q&A with the dreadfully dull Clare and Dale to a full hour vs. the sufficiently boring 15 minutes that was foisted on us?

15 | If the Amber Alert targeting NEXT‘s Ty had been recalled and the local police had made nice, why did he and Ethan not return to the car at the farm stand? Why commit actual crime by stealing a new ride? 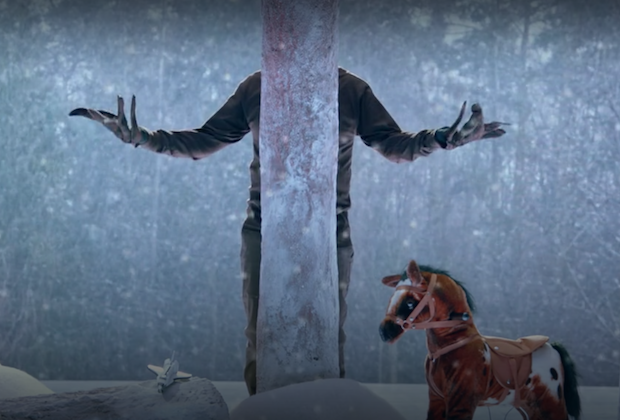 17 | #OneChicago is back! Are you relieved that Med has finally ended Will and Hannah’s ill-conceived romance? Given that the Fire premiere was sorta hinting at Gallo and Gianna, are we to take it that his relationship with paramedic Violet is over? ANd TVLine reader/P.D. viewer Uno asks, “Why isn’t the show letting Kim be a friend to Kevin?” 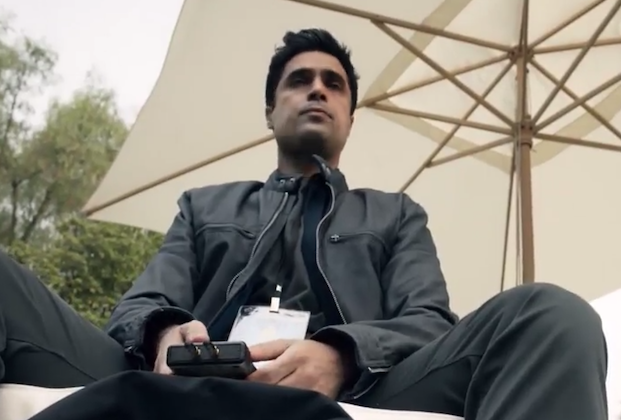 18 | Could this S.W.A.T. bomber have been any more conspicuous, sitting in the middle of a busy courtyard… with his detonator out?

19 | Why would Star Trek: Discovery introduce a dynamic new character like Book (and his cat!), and then decide to keep him off-screen for several episodes (…and counting)?

20 | For how long did Grey’s Anatomy‘s final scene have you saying to yourself, “Hey, that’s pretty good CGI” before you realized, “Oh wow, that’s actually new [Spoiler] footage!”? Also, in TV’s new world of unrecognizable, masked guest stars, how quickly did you recognize Bones‘ TJ Thyne? (And do you kinda feel bad for masked-up guest stars with less-distinctive hair and voices?)

21 | If any Law & Order: SVU viewers have figured out the logic of when Benson & Co. did and didn’t wear masks in the season premiere, um, could you please explain it to us?

22 | After Supernatural‘s very series finale-like penultimate episode, what is the actual final episode going to be?! Dean and Sam sitting around the bunker, talking about their feelings for an hour? (We’re not against it!) 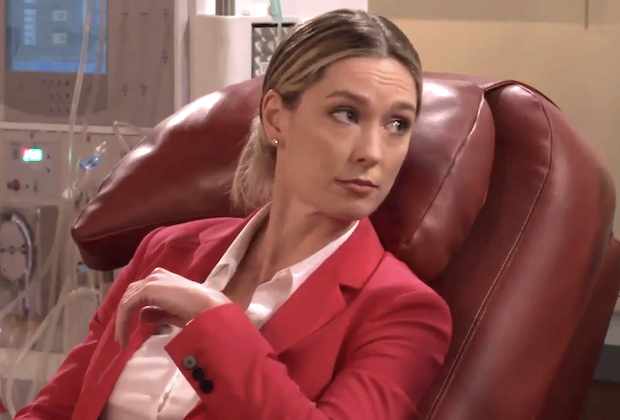 23 | Now that Great News‘ Briga Heelan is part of the Chuck Lorre troupe (by way of CBS’ B Positive), how long will it take before the sitcom giant realizes he has a star on his hands and writes her a show of her own?

24 | On The Unicorn, Wade’s new crush, Shannon, seems great and all, but is anyone else still hoping to see the return of Sarayu Blue’s Anna?

25 | Did Mom include that “Previously on…” segment, just in case viewers somehow didn’t hear Bonnie mention that Christy left for law school at the start of last week’s Season 8 premiere?

26 | Prior to Thursday’s Young Sheldon, did it ever dawn on you how much Georgie looks like Road House-era Patrick Swayze?

27 | Who at Raven’s Home do we have to thank for Season 4’s many TV-themed episode titles, including “Don’t Trust the G in Apartment 4B,” “Baking Bad,” “Big Little Surprise,” “Tesscue Me,” “Sharp Job-jects,” “How I Met Your Mentor” and “Mad About Yuletide”?