Let the head-scratching begin. During Night 2 of The Voice’s Season 19 Battles, three more contestants were given the hook, including one that, for my money, could’ve given Gwen Stefani her first-ever win. Who went down for the count before the Knockouts had even begun? Read on…

Team Kelly: Desz (Grade: B+) defeated Joseph Soul (Grade: B) on “If You Don’t Know Me by Now” — Joseph stolen by Gwen | After their first run-through, Kelly warned that she’d heard some pitchy parts. Ruh-roh. Advisor Leon Bridges recommended that Joseph sell the more subdued moments that he might’ve shied away from rather than belt to keep up with Desz. “I don’t want to be left in the dust,” he admitted. On stage, Joseph looked nervous but sounded fine. Desz, on the other hand, looked like she was born and raised in the spotlight and sounded amazing. As the song went on, Joseph stepped up his game, but then, so did Desz — to heights that he just couldn’t reach. 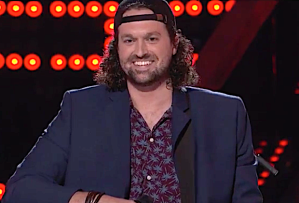 Team Blake: Jim Ranger (Grade: A) defeated John Sullivan (Grade: B+) on “Good as You” | In rehearsal, Blake had no sooner assigned his team members Kane Brown’s hit than he introduced their advisor… Kane Brown. No pressure, fellas. Running through the number, both guys’ tones were really cool, but Jim’s tendency to explode seemed likely to outshine him. By the same token, Blake warned him not to sing at but to the audience, prompting Jim to admit that yeah, he suffered from a condition known as oversinging. When the spotlight fell on J&J, John’s natural appeal served him well, but Jim’s richer, pointier voice stood out. Like, way out. They sounded terrific together once they really got going, but there was no question in my mind that Jim had won: Dude’s a showstopper. 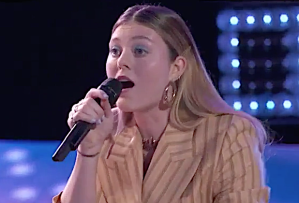 Team Legend: John Holiday (Grade: A-) defeated Julia Cooper (Grade: B-) on “Summer Soft” — Julia saved by John (thus sending her to a four-way Knockout) | John assigned his duo a ridiculously challenging Stevie Wonder classic — and they actually rose to the challenge. Advisor Miguel then went and upped the ante by suggesting they pick even more places in the complicated song to embellish. It was gonna be a Faberge egg wrapped in a spiderweb by the time they were done! On stage, John seized every opportunity to show off, but Julia nonetheless impressed at first with her cool lower register. As the performance went on, Julia often seemed to be kinda yelling to me, whereas John, doing the same thing, came off more melodic. “I don’t even understand how you’re real,” Gwen told John when they were done. His range was unbeatable, despite the many and varied ways that Julia wowed the coaches.

And given short shift in a quickie montage were Tanner Gomes defeating Skylar Alyvia Mayton to remain on Team Kelly, and Chloe Hogan defeating Lain Roy to hold onto her spot on Team Gwen (meaning that argh, Gwen dumped an actual potential winner).

Was anyone else as stunned as I was that Gwen cut Lain? Or as bummed that Blake cut John? At least I could see how he lost to Jim Ranger. Vote for your favorite of the night below, then hit the comments.