With just four episodes of Supernatural left to air, the angel who made a memorably dramatic entrance on the series 12 years ago is almost at the end of his story. But before Castiel and the Winchesters sign off, Cas sets out this week to save his “son” Jack from having to sacrifice himself in the battle against God.

Below, his portrayer Misha Collins previews this Thursday’s episode (The CW, 8/7c) and shares his feelings about the “very meaningful, very poignant” conclusion of Cas’ journey. The actor also reveals the one regret he has about his character’s arc.

TVLINE | Looking ahead at this Thursday’s episode, Dean and Sam are on very different pages about Jack and what he must do to defeat God. Where does Cas stand in all of that?
Cas is desperate to find another solution still. The prophecy is that Jack will be the one to bring down God, but it’ll mean the ultimate sacrifice for him, and [Cas is] just desperate to find another solution. 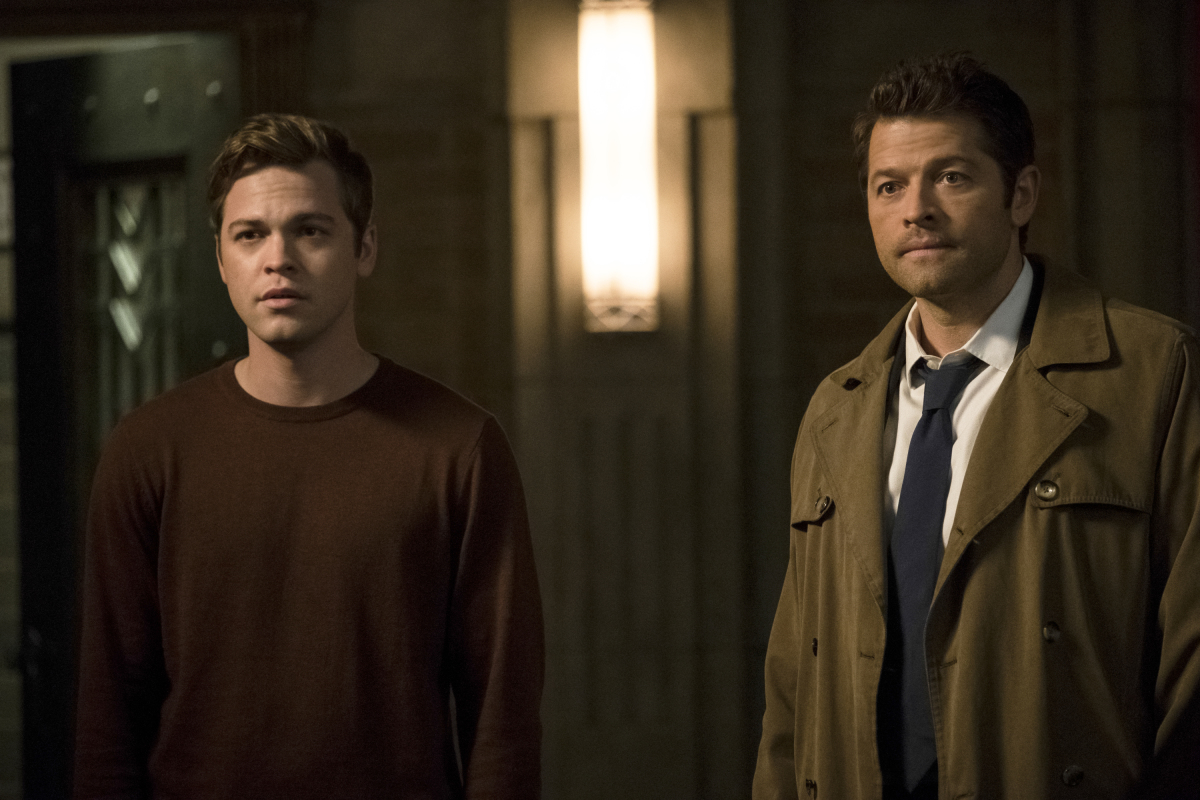 TVLINE | Given his attachment to Jack, and the fact that Dean and Sam are on such opposite sides on this issue, is that worrying for Cas’ relationship with the brothers? Does it become a source of conflict?
It’s a little bit Machiavellian what’s going on right now, and everybody is trying to play the chess game of playing their cards right and, frankly, manipulating the rest of the gang into getting their way. But I can say that fences will be mended. It’s not driving a wedge that can’t be overcome between us. I think we’ve kind of been in similar situations before, where someone’s arguing, “Look, this is the only way. I know it’s terrible,” and the other is saying, “There has to be another way. We can’t do this.” It’s kind of a perennial debate that goes on in the Supernatural universe. 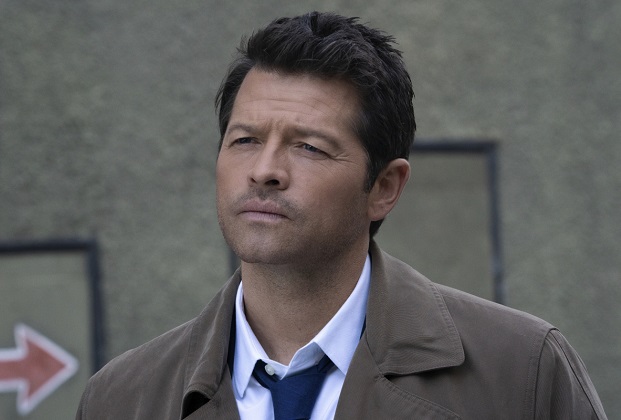 TVLINE | So much of the season is about the potential destruction of God. How is Cas, as an angel, processing that and the potential death of his father, in a way?
It’s interesting. I think that, on an emotional level, Cas made peace with losing his father a long time ago. I think Cas no longer sees God as a father figure. I think he sees him as this very sullied, selfish entity. It’s yet another indication of the tectonic shift that’s happened with Castiel over the years, where he went from full allegiance to the angels and a longing for God as his father to allegiance only to humanity and to Sam and Dean and really feeling like he’s a part of a different team now.

TVLINE | I talked to Jared Padalecki and Jensen Ackles about their last day of shooting and how they felt during those final moments. What was that experience like for you on your final day of filming?
It was super emotional. Just the way the shooting days lined up, I happened to be shooting Castiel’s last scene in the show at the very end of the day on my very last day of shooting. So my last scene shot was Castiel’s last scene in the series. And that was really potent and emotional. There were a lot of tears all around. I was crying, Cas was crying, the crew was crying. It was really intense. I don’t think I’ll ever have another character ending like that one, for sure. It was very meaningful, very poignant.

TVLINE | How do you feel about how Cas’ journey wrapped up? Was it in line with expectations that you had for the character’s arc?
Yeah, it was. I’m really happy with Cas’ ending. It’s sad, but it is kind of exactly what I would have hoped for. 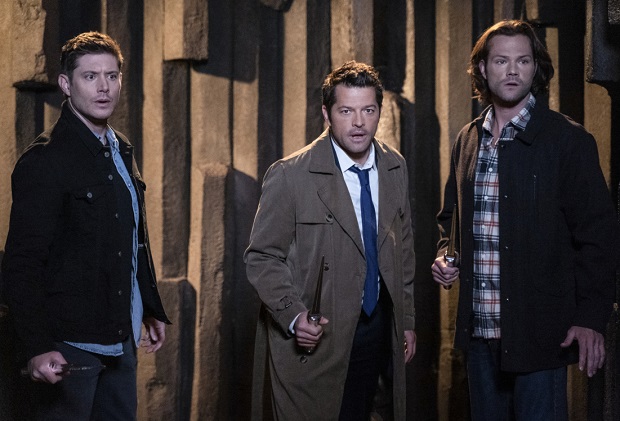 TVLINE | You’ve probably spent more time shooting with Jensen and Jared than any other actor that’s been on the show. What are you going to miss about working with them?
Nothing. [Laughs] Look, I’m gonna miss the laughter. We laughed our asses off. Day after day, month after month, year after year, we laughed and laughed. Maybe if I wind up on the set of some genuinely slapstick comedy at some point, I might have something similar. But it was a mirthful experience. I’m still talking to them all the time. I miss them. They’re dear friends, and will always be dear friends. I don’t think I’m ever going to try to replicate this on-set experience again. I think that’s foolhardy. But it will always be, as far as I’m concerned, kind of the holy grail for me. This was a really lovely place to work.

TVLINE | What’s next for you after Supernatural? I know you do a lot of really wonderful and important work outside of the show in terms of political activism. Do you see more TV in your future? Would you like to find a way to blend those two worlds together?
That’s funny that you should ask that because, yes, I’ve been ruminating on an idea that would blend those two worlds together. I am interested in the political sphere. I’m completely subsumed in politics right now until the election and likely for many days after the election. I have been interviewing a lot of senators and former presidential candidates and folding Jared and Jensen into some of those interviews as well. I’m hopefully going to be interviewing Ashley Biden and Amy Klobuchar [on Thursday], and, hopefully, the boys are going to be joining that as well. It’s been an interesting kind of mash-up of this fandom and the political universe, and it’s been really cool to see that like the Biden campaign is really fired up about the Supernatural fandom and how engaged they are and how they feel like it’s worth having us interview the likes of Cory Booker and Andrew Yang and Amy Klobuchar and all of these sort of luminaries from the party, because they see how engaged this audience is, which translates to votes and caring about what happens in the country. [But] I don’t know what I’m doing next.

TVLINE | It’s a big commitment to do a TV series, especially after you’ve just done one for so many seasons. Would you want to commit to another show?
My inclination is to take a little break, but that’s partly also easy to say because nobody’s offered me a TV show. I haven’t been trying to make that happen either. At the moment, I’m trying to take a little bit of a break. I certainly wanted to give myself until after the election to dive into something. I did shoot a small role in an Amazon movie a few weeks ago, and it was my first time on a set that wasn’t Supernatural in a long time, and it was during the time of COVID, which is just such an interesting experience. I’m dipping my toes back in those waters, for sure. 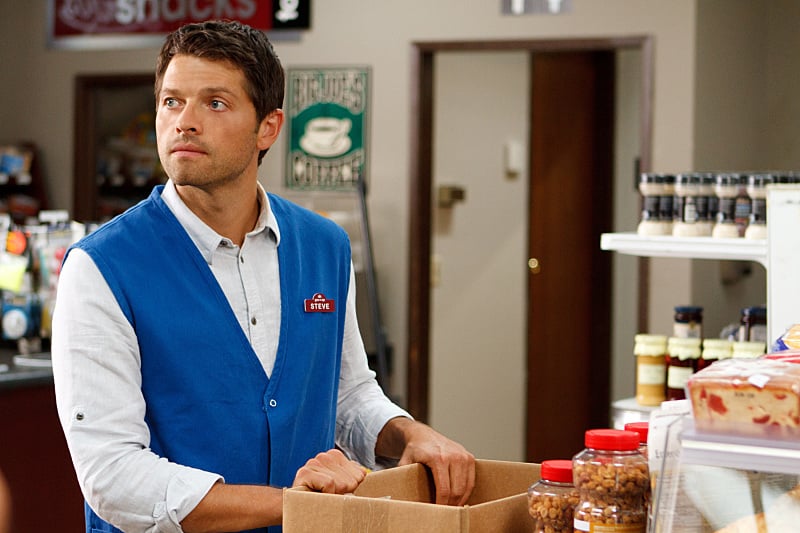 TVLINE | Finally, is there anything you didn’t get to do as Cas that you really wanted to do?
The only real regret that I have over the years from Castiel is he got to be a human for a little while, [but] I just wished he played on that playground for a little longer. I wish that Castiel had gotten to experience being a human for longer, because it felt like that was a really rich well to draw from, and we kind of missed out on a little bit there. He also never drove the Impala, which is kind of a bummer. I’m going to have to go down to Jensen’s and drive around down there.