NBC’s Manifest in Season 3 will introduce us to a member of Grace’s family — though it may not necessarily be “happy to see me” when the kin reconnect. 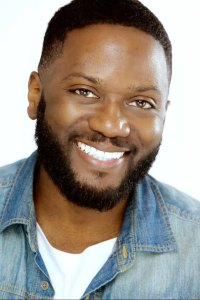 TVLine has learned exclusively that Warner Miller, whose previous credits include Marvel’s Luke Cage and Boardwalk Empire, has landed the recurring role of Tarik, Grace’s (Athena Karkanis) estranged stepbrother who reluctantly agrees to help the Stone family when they have nowhere else to turn.

Miller isn’t the only new face on board for Season 3, which was originally scheduled to land this fall but instead will take flight in early 2021. In September it was announced that The Americans‘ Holly Taylor has been cast as Angelina, a Flight 828 passenger who thus far has flown under Ben’s (Josh Dallas) radar, and whose emergence will play an integral part in the lives of the Stone family.

Rake shared over the summer that Season 3 will pick up three months after the events of the Season 2 finale, during which (among other things) Zeke died but came back to us, and a fishing boat off Cuba dredged from the sea a tail fin from Montego Airlines’ Flight 828. Speaking of the latter, Rake’s teased that “Ben and Saanvi do a deep dive” on said tail fin, which was found by a boat named Tesoro di San Antonio — “the treasure of Saint Anthony,” which is fitting since Saint Anthony is the “patron saint of lost things.”

Rake also said that “a long-lost character will make a shocking reappearance,” Jared will have a “complicated new relationship” of the romantic sort, and newlyweds Mick and Zeke move in together with a “third party.”