THE SHOW | The Boys

THE PERFORMANCES | Sworn enemies Homelander and Butcher found themselves dealing with the same profound tragedy during The Boys‘ Season 2 finale: the loss of a loved one. For Butcher, the devastation came when his soul mate Becca died (accidentally) at the hands of her junior superhero son Ryan. Urban’s expression quickly shifted from shock to unimaginable grief at the sight of a bleeding Becca. “Somebody help us!” Butcher cried out, Urban infusing his gruff antihero with an uncharacteristic rawness and helplessness.

But nobody came to the rescue, leaving a bereft Butcher to comfort his wife in her final moments. In that intimate exchange, Urban let Butcher’s humanity shine through, but it was soon replaced by unadulterated hatred. Urban’s eyes practically pierced through the screen as Butcher grabbed a crowbar and set his sights on the person responsible for Becca’s demise: little Ryan.

At that moment, a bloodied Homelander showed up and discovered his mutilated girlfriend, Stormfront, lying on the ground. Sorrow overtook the supe as Starr’s gaze filled with tears in a rare moment of vulnerability for The Seven’s leader. When Ryan then chose Butcher over biological dad Homelander, Starr exploded in a complex display of disbelieving laughter and hysterical tears. The supe’s guard continued to crack after Queen Maeve used the airplane video to blackmail him into letting Butcher and Ryan go. Faced with the prospect of losing his adoring public, Homelander’s confidence gave way to his one weakness: his crippling need to be loved. With the sound of his chanting fans ringing in his ears, Homelander had no choice but to let his enemy walk away with his son. The realization seemed to hit him like an ugly epiphany as Starr’s quivering face twisted up in sadness and shame, as if to convey that Homelander could not bear all the very human and foreign feelings overtaking him.

Having lost the upper hand to Maeve and Vought, Homelander found a means to release his frustration, and Starr found yet another way to stun us. The actor brought a new level of unhinged abandon to his character as Homelander pleasured himself on top of Vought Tower and repeatedly exclaimed, “I can do whatever the f—k I want!” And thanks to Starr and Urban’s impressive performances as two very different but equally broken men, we can’t wait to see just what Homelander and Butcher do for an encore in Season 3. 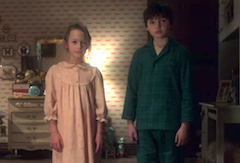 HONORABLE MENTION | Creepy-kid horror shows hinge very heavily on the ability of child actors to lure us in. Netflix’s The Haunting of Bly Manor struck supernatural gold when it cast Amelie Bea Smith and Benjamin Evan Ainsworth as mourning orphans Flora and Miles Wingrave, respectively. From the very moment we meet the Wingrave siblings, thanks to Smith and Ainsworth’s ever-changing performances, we’re never quite sure exactly what’s going on behind those cherubic little faces. Are the kids conduits for a greater evil just beginning to show itself? Are they precociously psychotic masterminds thrilled at the prospect of fresh meat? Are they just deeply sad children who want nothing more than to be reunited with the parents they miss? Ainsworth and Smith sell all of those possibilities, often simultaneously, making them the anthology season’s tiny, extremely talented MVPs. 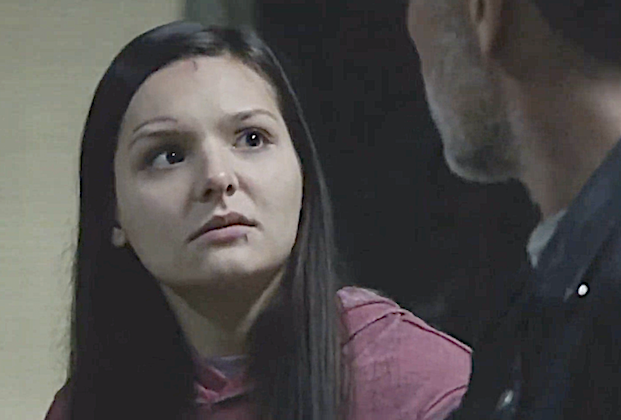 HONORABLE MENTION | Often, the performances we single out are big: blowups and meltdowns, right? But what Cassady McClincy did in Sunday’s The Walking Dead (read recap) was just the opposite. It was small, turned inward and trying hard to break free. As Lydia battled back years of her mother’s abuse to reach out to Carol and Negan, her portrayer subtly underscored the significance of her efforts. Lydia needed her new nearest and dearest to believe that they could change to fortify her belief that she herself could, McClincy made plain by speaking as resolvedly as softly. When in the end the teenager prevented Carol’s suicide and tossed away her Whisperers mask, the actress rendered the moment so beautifully, we felt like not only was her character transformed, so, at least a teensy bit, were we.