Warning: The following contains spoilers for The Boys Season 2 finale. Proceed at your own risk!

Holy s–t storm! The Boys concluded its second season with several big losses, a shocking twist and, surprisingly, a somewhat happy ending for some characters.

A brief rundown of the major events: While trying to save his mom from Stormfront, Ryan severed the supe’s limbs and scorched her with his powers — and also accidentally wounded and killed Becca in the process! Butcher, at first, looked on the verge of killing Ryan, but he kept his promise to his wife to protect the kid and turned him over to Mallory.

Meanwhile, a distraught Homelander was blackmailed by Maeve into letting Butcher and Ryan go, then had to denounce his love Stormfront and welcome back Starlight into the Seven on national TV. As if that wasn’t enough, Victoria Neuman was revealed to be a supe, herself, when she used her abilities to explode Alistair’s head! Before he died, Alistair got A-Train — who helped Hughie and Annie expose Stormfront as a Nazi — back into the Seven. (The news wasn’t as good for The Deep.) Finally, Hughie decided to branch out on his own and asked Victoria for a job. Uh-oh.

Below, showrunner Eric Kripke discusses the Victoria twist, Stormfront’s status and what the future holds for The Boys and The Seven in Season 3. 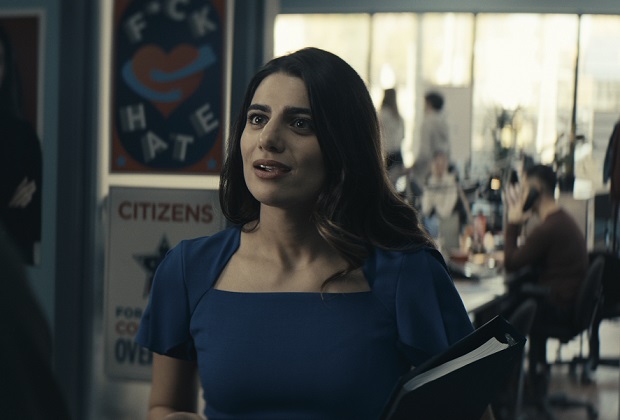 TVLINE | I rewatched the congressional hearing scene to look for any clues or hints or to see if Victoria’s eyes changed, and they didn’t. So has she really been the one exploding all the heads this season?
Yes, of course, she was. Her eyes were pulsing off-camera. But we tell everyone in Episode 1, if you go back after Raynor’s head explodes and they jumped in the van, Frenchie’s line is like, “Who do you know who can do this?!” and we cut to Victoria. She’s literally introduced with us saying like, “Here she is. This is the one who can do this.” Yeah, she blew up Congress.

TVLINE | She is secretly a supe and seemingly fighting against supes, or at least Vought. What is her agenda?
Going into Season 3 [territory], Vlada! We will unpack the mystery of her agenda and why she’s doing what she’s doing.

TVLINE | Should we be worried about Hughie working for her?
Yes! We should very much be worried about Hughie working for her. Poor Hughie, he really thought he was like standing up on his own and expressing some independence and doing things the right way, and he’s walked right into the lion’s den, which is something he’s going to have to deal with in Season 3, for sure.

TVLINE | Watching this episode, Becca’s death seemed like it was fated to happen, sadly. But obviously, for Butcher, it was a big shock. How is that going to impact his character?
We leave him in a really interesting spot, because he spends that episode wrestling with, “Is he the human represented by Becca, or is he the monster that his father was?” And he chooses to be human, but it comes at a terrible cost, which is Becca. Now that she’s dead, his humanity is being sorely challenged. Does he give in to all of his hate and rage? Or does he try to maintain some semblance of a soul? A big part of that will be what he’s really struggling with in Season 3. The spoiler is it’s not going to go very well. [Laughs] There isn’t going to be a particularly happy, calm storyline for him. But it is something that he struggles with and something that we’re rooting for him to overcome.

TVLINE | Butcher and Homerlander have both just lost the woman they love at the hands of Ryan, but have sort of different reactions to him. Butcher gives him a look that frightened me, and he picks up that crowbar, while Homelander asks Ryan to come over to him. Can you talk about the dynamics in that scene, and what changed for Butcher from looking like he was going to kill Ryan to taking this boy on?
Again, it’s sort of like his internal struggle is the rage that he feels versus the man that Becca wants him to be. [Karl Urban] and I talked about it, and I said, “In the visceral response to her death, you lose yourself for a moment, and your father takes over. You’re gonna kill anyone who’s responsible for that,” which is why he looks at Ryan with so much hatred. It’s a bit of a tip of the hat to the comics, because though it’s a very different circumstance, the Butcher in the comics kills the kid. Obviously, we wouldn’t do that, because I don’t think that’s who our Butcher is, but he’s got that demon inside.

I don’t get the sense that Homelander is going to be particularly nice to Ryan. [Laughs] You don’t get the sense that’s gonna be a good scene for Ryan. And for Butcher, he just remembered his oath to a dying Becca, which is he’s going to look after that kid. And like he says, “I promised,” and he’s just not going to back down from that. And Ryan chooses him, because it’s clearly the person that his mother chose. So I wouldn’t say their issues are resolved by any means, but I would say that there is a connection between those two, because Butcher has stopped seeing Ryan as Homelander’s son and started seeing him as Becca’s son and the last surviving part of Becca 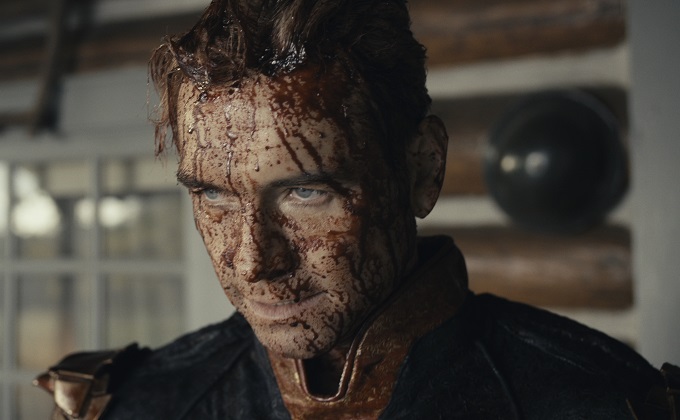 TVLINE | Homelander has now lost Stormfront, he’s lost his son, he’s been blackmailed by Maeve and Stan Edgar made a deal behind his back. How unhinged is Homelander going to be now?
He’s not in great shape. It’s like we gave him a little bit of the dream of at least his version of love and stability, and then we ripped it away from him. As somebody who really needs love as desperately as he does, it really destabilizes him and makes him both dangerous, but also needy, which for someone as powerful as him is quite dangerous. 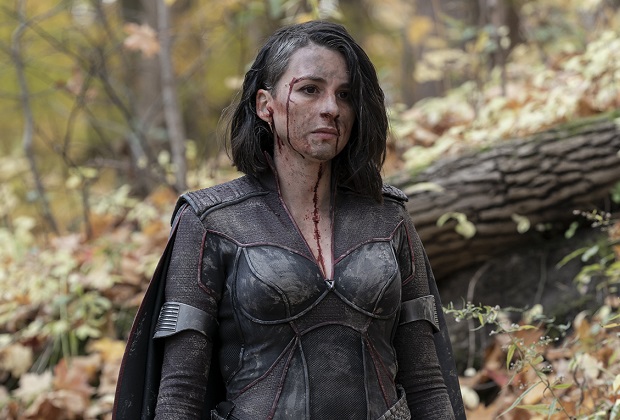 TVLINE | I have to ask, because until I see the body being buried or something, I never trust TV shows anymore: Is Stormfront dead?
No, she’s not dead! She’s Stumpfront! She’s a stumpy little Nazi. She’s actually not dead. What we thought was interesting is, if you remember, she ages very, very slowly. So the best poetic ending for that character is someone who so believed in some kind of pure race finds herself mutilated and having to live with it for potentially centuries felt like a fate worse than death for her. So no, Stumpfront is not dead. Hashtag Stumpfront lives!

TVLINE | It’s a very different kind of note that you end on compared to the first season. You have The Boys kind of splintered off after getting a win for once, and the power dynamics have shifted at Vought. How does that shape the landscape going into Season 3?
By intention, it’s a very different ending. If Season 1 ended with The Boys really cornered, and we open on them really desperate and cornered, Season 2 ends with a certain amount of victory and stability. I mean, it’s bittersweet and at a terrible cost, but they scored a win, and so when you come in on Season 3, there’s a certain amount of comfort that they’re experiencing and a certain amount of stability, and they’re kind of the recognizable version of The Boys from the comics. They’re officially working for the CIA, they have a budget, they have offices in the Flatiron Building. They’re living a fairly stable existence, but there are a couple swords hanging over their heads, which are: It’s only a matter of time before Homelander breaks, and it’s only a matter of time before they learn something terrible about Neuman. They’re content as Season 3 begins, but obviously that won’t last long.

The Boys fans, what did you think of the season ender? Grade it below, then hit the comments!