THE SHOW | HBO’s The Third Day

THE PERFORMANCE | Sunday was not a fun day for Sam, the stranded husband and father played by Law. Rather, the limited series’ third episode presented brutal crucible after brutal crucible for Sam to endure, and as such it offered a gripping showcase for its introductory arc’s star.

From the moment Sam came to in the company of barbaric Larry and eyeballed the bizarre ritual the preacher man had planned, through to the episode’s unsettling (yet joyous?) final act, Law’s flawed hero was subject to every emotion possible. There was confusion and horror over his initial confinement, followed by determination and then frustration, as he labored to traverse on foot the soggy causeway. Then, when Jess confronted him about the found (and stolen?) money, you had to sense that even Sam privately wondered if his episodic psychosis was at play.

In a quieter sequence that followed, Law tapped into Sam’s warmly paternal side by relating to Jess how his late son, Nathan, “could be so loving” yet struggled with right and wrong in a way that was… “tricky.” Oh, speaking of Nathan: This is when the bombshell dropped, that in a scheme to maintain Osea’s founding bloodline, Mr. Martin had years ago arranged for Nathan, a Charington descendant, to be kidnapped, and his body swapped a dead local lad. Here, Sam could barely control his rage, dismissing Osea’s strange religion as “f–king nonsense.” Yet a few scenes later, when Mrs. Martin confirmed Sam’s instinct that Nathan was alive, Law’s face seemed to almost expunge itself of the caked blood and grime it had accumulated during his odyssey, as he hopefully asked, “Can I see him…?”

The answer in that moment was no. But following yet another, final ordeal, during which Sam’s sweetest taste yet of possible escape was soured by a betrayal, he reached a certain peace with his destiny — to succeed the Old Man as Osea’s “savior.” And with that concession behind him, Law’s expression gave way to sobs of relief, and then joy, as he reunited with Nathan and scooped him up in his arms. 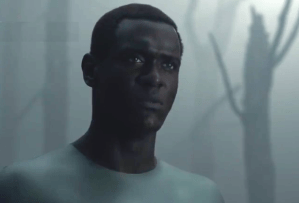 HONORABLE MENTION | It’s not easy being an android. You don’t often get powerhouse scenes. HBO Max’s Raised by Wolves, however, added layers to all of that silicone and latex — first, with Mother (see POTW Amanda Collin), and then with Father, played by Abubakar Salim. In the sci-fi series’ finale, Father asked his companion to divulge the “disturbing” nature of her pregnancy. As Mother began the tale of reuniting with their creator, Father was at first thrilled by the prospect, saying, “I would have liked to have done the same!” But upon learning that only Mother was allowed access, Father’s smile turned upside-down — even more so as he came to realize that his partner and creator had “mated.” Mother tried to change the topic, to her baby’s mission, but Father was having none of it, and Salim made us feel every bit of his “displacement.” “I do believe I’ve had enough,” he bellowed before all. “My wellbeing is of no concern to you. Perhaps it never was.” 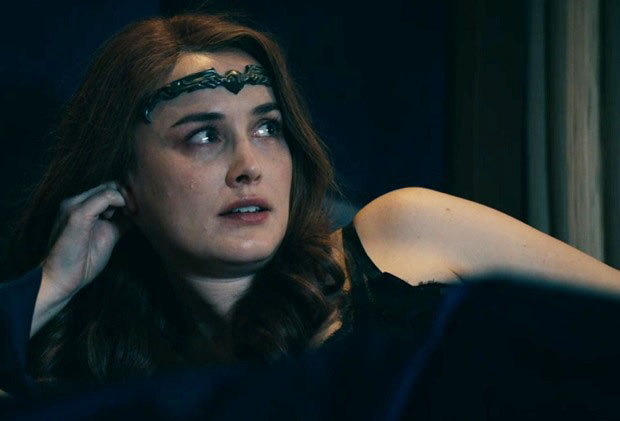 HONORABLE MENTION | On this Friday’s The Boys, Queen Maeve got her heart broken by girlfriend Elena, and we, in turn, got ours crushed by Dominique McElligott‘s tender performance. When Elena confronted Maeve about the lives she’s taken, a vulnerable and emotionally distraught Maeve argued that she was exposing her real, flawed self to her girlfriend, just like Elena had always wanted. The truth, however, turned out to be too much for Elena, and Maeve was left to drown her sorrows in a haze of vape smoke and men. Ashley, of course, tried to spin the situation, but there was no denying the anguish in McElligott’s voice as a tearful Maeve pleaded, “Ashley, for once in your life, be a f—king human being.” And that’s also exactly what Brave Maeve became as McElligott dropped her character’s powerful supe façade to reveal a human being in pain over lost love.