THE PERFORMANCE | A show as fantastical and out-there as HBO’s sci-fi series doesn’t work unless it’s rooted in honest emotion. In Sunday’s episode, the bulk of the work in making that connection with the audience fell to Jamie Chung, and she was magnificent.

The hour spent a lot of time with Ji-Ah, Atticus’ wartime love, well before Tic and the rest of the United States Army arrived in Korea. That gave Chung ample time and space to bring us into Ji-Ah’s world, and the actress was compelling in every moment. Just watching Chung’s face as Ji-Ah viewed Meet Me in St. Louis was a master class in yearning: It’s been a while since we saw someone convey so much wonder, awe and longing without speaking a word.

As the episode unfolded and we learned Ji-Ah’s secret — she was actually a deadly fox spirit called a kumiho, who murders men during sex — Chung kept the storyline’s campier aspects at bay by sheer virtue of her deliberate, delicate acting choices. She was preternaturally still with grief and fear when the American soldiers rounded her up with her fellow Korean nurses. She nimbly balanced on the border between annoyed and interested when Atticus courted her at the hospital, Chung’s eyes going from scornful to spellbound and quickly back again, as if the nurse couldn’t help herself. And when Ji-Ah announced to her mother that the Black G.I. would be her 100th kill, the resolution in everything from the set of Chung’s shoulders to her flat affect made you know Ji-Ah meant it.

But then falling in love with Atticus meant that Ji-Ah didn’t go through with her plan to destroy him, and Chung’s full-fledged commitment to showing the character’s anguish over her choice was a gorgeous thing to witness. If you have a minute, rewatch Chung’s scene with Jonathan Majors outside the American camp: Ji-Ah is realizing there’s no escape from loving someone she should hate, Chung is crying and yelling yet drawing ever closer to Majors, and the actress is just so good at turning Ji-Ah’s torment into a thing of beauty. 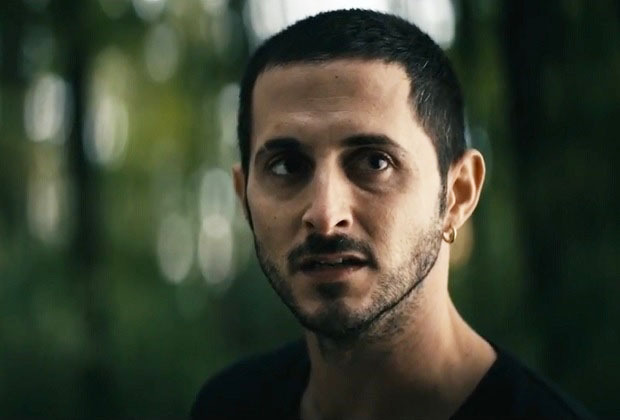 HONORABLE MENTION | If you need further proof that Frenchie is The Boys‘ beating heart, look no further than Season 2’s sixth episode, which served as a tremendous showcase for his nimble portrayer Tomer Capone. Over the course of the flashback-heavy hour, we watched in multiple timelines as Frenchie confronted — and made peace with — both his guilty conscience and his archenemy Lamplighter. And through it all, Capon infused his alter ego’s deep-seated, partially displaced fury with impressive nuance and authenticity. As he begged a gun-toting Colonel Mallory to spare Lamplighter’s life in the episode’s closing moments, arguing, “You cannot punish him as much as he punishes himself… trust me,” Capon reminded us that Frenchie’s limitless empathy is his superpower. 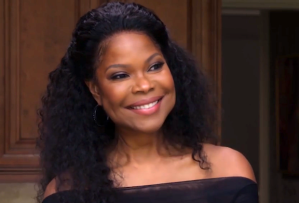 HONORABLE MENTION | Pleasures don’t come any guiltier than The Haves and the Have Nots’ queen of mean, Veronica, played just this side of camp by scene stealer Angela Robinson. And in Tuesday’s episode, she had an absolute field day with the unquenchable thirst trap as she invited dim-bulb pool boy Samuel to, ahem, “take a load off.” Subtle, Veronica ain’t! But as always, the actress saved her character from veering into caricature by offsetting her lust and cruelty with well-earned cynicism. When Veronica scoffed at Samuel’s insistence that he was happily married — “I always laugh when men say that,” she quipped, “because I know they’re lying” — Robinson’s smile betrayed a sadness that no young plaything could take away. Mind you, that didn’t make the vixen’s overtures any less wickedly amusing! 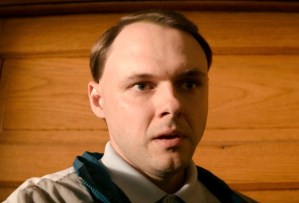 HONORABLE MENTION | It’d take a pretty remarkable performance to make us feel any sort of compassion for Utopia killing machine Arby — but that’s exactly what Christopher Denham managed to deliver as Episode 4 reached its deeply unsetting conclusion. Up until that point, Dr. Christie’s hitman didn’t have an accurate understanding of what it meant to be inhumane. What it ultimately took was the most inhumane action of all — killing a helpless child, who just so happened to look an awful lot like Arby, complete with his very own box of chocolate-covered raisins — to awaken the human deep inside this manipulated monster. At first, using only his body language, Denham conveyed Arby’s uncertainty. He trembled as he locked eyes with the boy. And after he took the shot, Denham managed to vocalize the asthmatic executioner’s shame and indignity with just one piercing scream. He took a reprehensible character and gave us reason to pity him, and that’s no small feat.