Three months after Family Guy star Mike Henry announced that he was stepping down as the voice of Cleveland Brown, a replacement has been named. 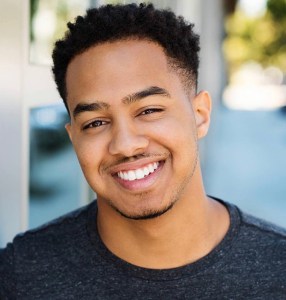 Arif Zahir (pictured right) will assume the role for the show’s upcoming 19th season. Several episodes were already produced — including Sunday’s premiere — and will continue to feature Henry’s voice, but the episodes currently in production will find Zahir playing the part.

Henry, who is not Black, has voiced Cleveland, who is Black, since the character was introduced in Family Guy‘s 1999 series premiere. He also headlined its spinoff, The Cleveland Show, for four seasons (2009–2013).

“Firstly, I’m eternally grateful to have received this once in a lifetime opportunity,” Zahir said in a statement. “When I heard that Mike Henry was stepping down from the role of Cleveland Brown — my favorite cartoon character of all time — I was shocked and saddened, assuming we’d never see him again. When I learned I would get to take over the role? Overabundant gratitude. To Mike, you created something truly special and I promise I will do my absolute best to honor your legacy. To Rich Appel, Alec Sulkin and Seth MacFarlane, thank you for this incredible gift. And to the millions of fans who love this show, I promise not to let you down.”

Added Henry, “I welcome Arif to the Family Guy team. Arif’s vocal talent is obvious, but his understanding of Cleveland and his respect for the character give me confidence that he is in the right hands. I look forward to getting to know Arif and working with him to make sure Cleveland stays every bit as awesome as he has always been.”

Zahir has been doing impressions of Cleveland on his YouTube channel for several years. Lest you doubt his ability to fully embody the popular character, check out his impressive work below:

Of course, Cleveland is just one of several Black characters that have been incorrectly voiced by white actors for years; The Simpsons recently announced that actor Alex Desert will assume the role of Carl Carlson, at least for Sunday’s season premiere. Earlier this summer, we also learned of replacements for Kristen Bell’s character on Apple TV+’s Central Park, as well as Jenny Slate’s character on Netflix’s Big Mouth.

Your thoughts on Zahir’s Cleveland impression? Hit PLAY on the video above, then drop a comment with your take below.