The break-room chatter at the Springfield Nuclear Power Plant will sound a little different when The Simpsons returns for Season 32 on Sunday (Fox, 8/7c). 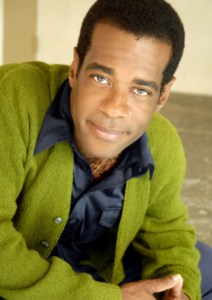 More specifically, Homer’s co-worker Carl Carlson — formerly voiced by longtime cast member Hank Azaria — will now be voiced by Alex Désert (pictured right), TVLine has confirmed. It’s not yet known whether Desert will continue to voice the character beyond the premiere.

Fox released a statement in June confirming that The Simpsons “will no longer have white actors voice non-white characters.” Though most fans immediately thought of Apu — the Indian character who became the subject of a 2017 documentary titled The Problem With Apu — he is not the only non-white Springfield resident formally voiced by Azaria.

Your thoughts on Désert taking over for Azaria? Drop ’em in a comment below.