No in-house audience? No problem.

Jimmy Kimmel kicked off the 72nd annual Primetime Emmy Awards Sunday with a monologue delivered to… old footage of dressed-up celebrities applauding. In reality, he stood on the stage of a near-empty auditorium at the Staples Center in Los Angeles. Kimmel’s no-audience set was the first, but certainly not the last, evidence of measures taken by the ABC production to deal with the coronavirus pandemic.

The challenging conditions, of course, gave the Jimmy Kimmel Live! host plenty of fodder, in addition to the usual awards-show topics. (Kimmel previously hosted the Emmys in 2012 and 2016.) In the lead-up to the ceremony, Emmys executive producers Ian Stewart, Reggie Hudlin, Guy Carrington, David Jammy and Kimmel teased an evening “that is more relaxed, more entertaining, more enjoyable not only for you, but for the millions watching at home,” adding that “we’re going to do it in a way that is appropriate to the moment.”

And the “moment” gave Kimmel some of the intro’s strongest material. A quick sampling of his jokes:

* “Well, hello and welcome to the pand-Emmys!”

* “You know what they say: You can’t have a virus without a host.” 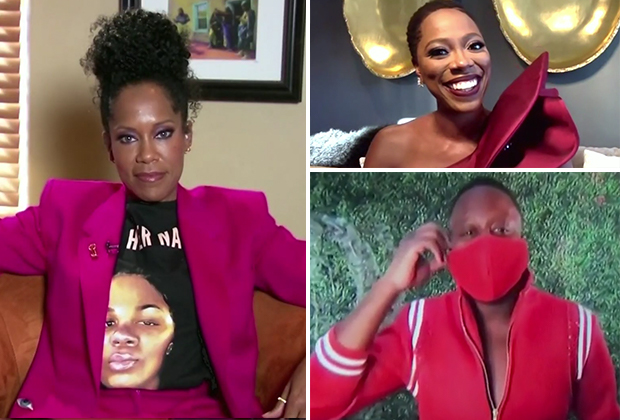 * On having to display the Schitt’s Creek logo every time he said the show’s title, to please network censors: “HBO can show us a big blue penis, no problem. I can’t say the word Schitt’s, with a c.”

* In a comedic bit, Ozark‘s Jason Bateman pretended to be a cardboard cut-out in the stands but left when Kimmel said he could only stay if he promised to laugh at his jokes. Bateman then left a cardboard cutout of himself as a teen, and when Kimmel asked when the photo was taken, Bateman replied: “I don’t know. I don’t age.”

Press PLAY on the video of the Emmys opening at the top of this post, then grade Kimmel’s monologue via the poll below, then hit the comments!