We’ve got questions, and you’ve (maybe) got answers! With another week of TV gone by, we’re lobbing queries left and right about shows including Lovecraft Country, Dancing With the Stars, Saturday Night Live and The Mandalorian!

1 | We know Julie and the Phantoms is a kid-friendly show, but were you surprised/frustrated that the entire season unfolded without a single kiss?

2 | On The Duchess (spoiler alert for all episodes!), do you suspect Katherine’s new baby might actually belong to Dr. Evan, after their unprotected (albeit brief) sex in Episode 2? And in Episode 5, were you surprised Netflix left in so much footage of The Handmaid’s Tale, when it airs on rival streamer Hulu? 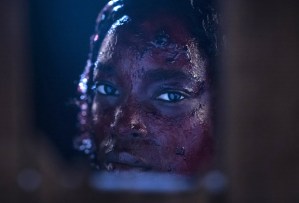 3 | Watching Lovecraft Country‘s “body swap” episode, were you distracted by practical concerns like: Did no one notice all these piles of excess skin lying around?

5 | Which aspect of Dancing With the Stars‘ pandemic-friendly ballroom was weirdest to witness: The contestants watching each other from the rafters with lots of social distance between them… the extra-lonnnng judges’ table… or the piped-in cheers and boos from a nonexistent audience? And did you cringe when new host Tyra Banks (unsuccessfully) tried to pass off Len Goodman’s clearly pre-taped message as live?

6 | As much as we enjoyed ABC’s wordplay-filled promo for The Bachelorette, aren’t “Clare-ity,” “Clare-ify” and “Clare-ification” all the same pun?

7 | Could ABC’s promos for the unscripted Emergency Call any more pointedly aim to mimic Fox’s 9-1-1?

8 | In ABC’s (cough) “non-partisan” #VOMO: Vote or Miss Out comedy special, who do you think was the “pizza,” and who was the “soup,” in J. B. Smoove’s school cafeteria analogy? And were you more surprised by just how many celebs appeared on stage, alongside Kevin Hart, or by the inclusion of a (distanced) studio audience? 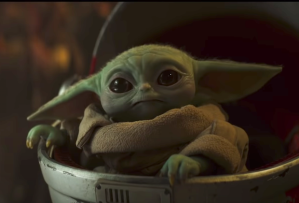 9 | Watching the Mandalorian trailer, how hard did you laugh when the Child smartly retreated into his domed pram, sensing that a whistling birds attack was imminent?

10 | Is Paramount+ really the best name that ViacomCBS could come up with for the rebranded CBS All Access? And what’s with all the pluses (see also: Apple TV+, Disney+)? Hulu dropped the “Plus” years ago!

11 | How disappointed do you think Saturday Night Live‘s main ensemble is that the current president and entire Democratic ticket are all being played by non-cast members this season? 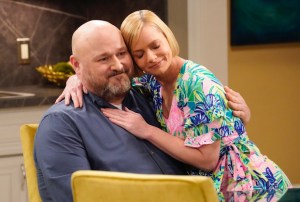 12 | Mom fans, are you hoping to see more of Will Sasso as Jill’s boyfriend Andy in Season 8, now that his ABC sitcom United We Fall has been cancelled?

13 | NBC pretty conspicuously removed the “The” from the title of its Weakest Link adaptation — and yet promo guy says “The Weakest Link.” So… which is it?

14 | Conners fans, how worried are you about the fate of Dan and Louise’s relationship now that ABC has handed a series order to Katey Sagal’s legal drama Rebel? 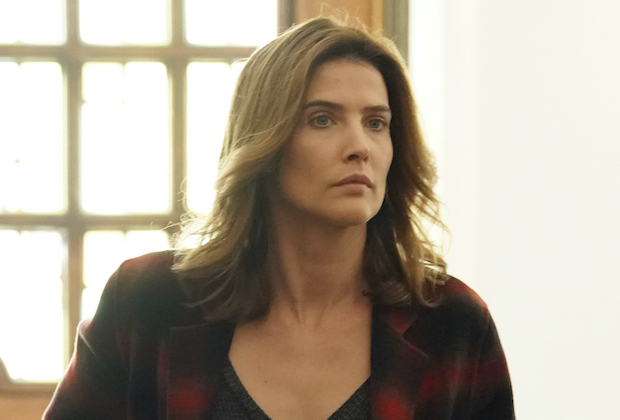 15 | If Stumptown hadn’t seen its Season 2 renewal reversed this week, who would you have cast as Dex and Ansel’s long-estranged mom? And at a certain point, given all the recent rescinded new seasons, should we report a TV show’s renewal as a “renewal”?

16 | Though we loved the ACM Awards’ approach — spread the performances across several Nashville country-music landmarks — couldn’t the show have ditched the Google Earth animation after the first couple of uses?

17 | Is Big Brother “Small Stars” quite possibly one of the worst seasons in the show’s history? Do you wish Tyler had been evicted instead of Ian, just so we could’ve seen a flipped vote and some fireworks? Lastly, are you tired of the show giving houseguests “good edits” when the feeds show something entirely different? (Lookin’ at you, Nicole!)

18 | If you could drop one Departure subplot, would it be The Tragic Accident From Kendra’s Past or Kendra’s Problematic Stepson? Also, don’t you wish Manifest — in which a plane time traveled! — involved a fraction of the investigation as this show?

19 | In the first of this Thursday’s Raised by Wolves episodes, what kept the Mithraics from at least trying to chop up Mother while she was synced to her pod? Why even give her the option of waking up? 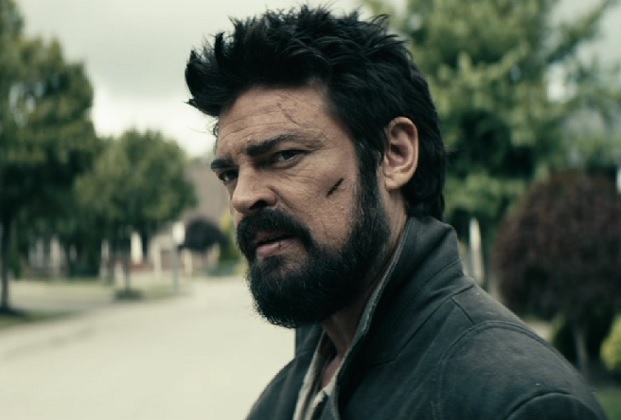 21 | Were The Boys moving about too freely in public during Episode 5, considering they’re wanted by the authorities? (Someone could have recognized Butcher while he was walking Terror!) And are you still reeling from Kimiko ripping off that gangster’s face? (We’ll spare you the screencap.)

22 | During the latest Ted Lasso, did you pick up on the fact that — spoiler alert! — the photographer who captured Roy and Keeley’s first date was also the photog Rebecca hired earlier this season to take compromising photos of Ted and Keeley? Or were you genuinely surprised when Keeley marched into Rebecca’s office to confront her, having found the previous tabloid snaps on the photographer’s memory card?

23 | Do you feel for Drew Barrymore trying to launch a quirky daytime talk show in these times, without a studio audience and the positive reinforcement that comes from their reactions?