THE PERFORMANCE | This week’s Ted Lasso was the freshman comedy’s strongest outing yet, rife with crowd-pleasing moments that enriched several characters. There was Nate’s roasting of the team, and Roy in turn remembering his superpower. Rebecca’s rousing turn at karaoke! And Keeley realizing she could still be treated like a lady.

But simmering beneath it all was Ted, nudged by many a reminder, coming to terms with his divorce. Because as good a game face as he previously put on when agreeing to “let go” of Michelle, this week Sudeikis made it clear to us that it was in fact hurting the optimist so, so much.

We saw Ted regard the divorce papers wistfully, after waving them in front of Michelle on FaceTime to affirm they had arrived. Immediately after, things seemed normal, as he helped the team work through their anxiety about a historically unbeatable opponent. But when he ran into a hiccup in delivering the papers — the Liverpool hotel has no old-timey fax machine — it rubbed salt on his tender wound, and he retreated to his room (and several mini-bar boozes). So sullen was he, he even snapped at Nate when the kindly kit man came by.

Ted was back to his usual self the next morning, when he tasked Nate with the aforementioned roast, which rallied the team enough to pull off a win. Yet as much Ted deserved the celebration that followed, he, oblivious to anyone, slowly unraveled in the karaoke club, all shaky hands and despair. He soon darted outside, curled up on the sidewalk and succumbed to a panic attack, eventually rescued by Rebecca.

“I don’t know what’s going on…,” he muttered, barely able to raise his head. “Am I going crazy?” It was a side of the happy-go-lucky Yank we had yet to see, nor even suspect existed, yet Sudeikis’ performance made it feel entirely organic, and earned.

Ted would make his way back to the hotel, sign the papers, and snap a pic of them to email to the lawyer. They were small tasks that clearly weighed heavily. But once it was over, with the faintest smile emerging from beneath that Marlboro Man soup strainer, Sudeikis let us know that Ted would be A-OK. 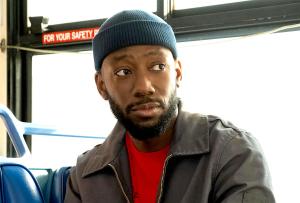 HONORABLE MENTION | As cartoonist Keef Knight on Hulu’s new comedy Woke, Lamorne Morris adds a fresh (and complicated) political consciousness to his usual low-key comedic stylings, and those two sides collided head-on in Season 1’s penultimate episode, “Prayers for Kubby.” The New Girl alum still provided plenty of laughs, as Keef bickered with a talking Bible and awkwardly shimmied his way out of a stopped city bus, but he also poignantly gave voice to Keef’s mounting frustrations when he saw the city rally around a koala while shrugging at police brutality against Black citizens. Woke‘s humorous side eventually won out — Keef ended up getting knocked out cold by a man in a koala costume — but Morris’ passionate, thought-provoking performance made sure that the message lingered with us, too. 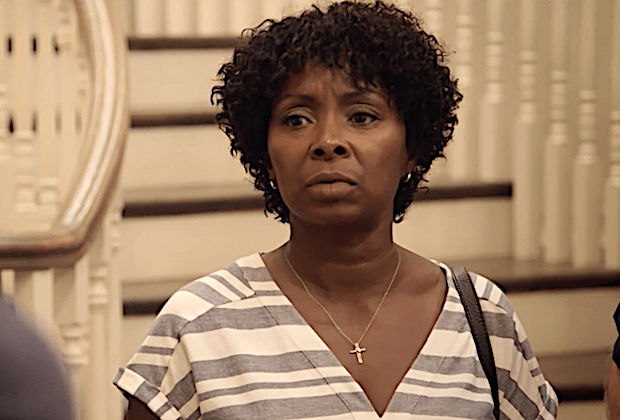 HONORABLE MENTION | After an utterly failed attempt to get information out of The Haves and the Have Nots’ Hanna in Tuesday’s episode, David could only mutter, “Damn.” We often say that, too, while watching her portrayer Crystal Fox in action — but we mean it in a good way. The actress is as real as they come, a live wire you don’t have to touch to be jolted by! After her spectacularly stone-faced performance opposite Peter Parros, she exploded at her on-screen kids, bringing forth the full force of Hanna’s judgment over the casualness of their thievery. Then, when Hanna was left alone with Candace, Fox tempered her character’s outrage with the sadness that came with accepting her daughter for what she is: wicked. Throughout, Fox wasn’t just good, she was, ahem, damn good. 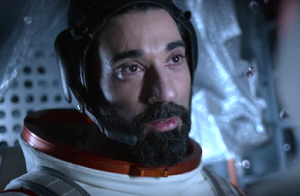 HONORABLE MENTION | We liked Ray Panthaki‘s take on Away astronaut/medical officer Ram from the start of Netflix drama, but we particularly wanted to give the actor kudos for the way he played Ram’s ill-timed declaration of love in Episode 9. Panthaki nearly vibrated with Ram’s nervousness when he and Emma prepared for their hail-mary spacewalk, the character’s desperation evident even through his helmet as he finally voiced his romantic feelings for his commanding officer. Panthaki managed to make a very small moment in a very high-stakes episode feel honest and important, a task nearly as tricky as the deep space miracle Ram and Emma pull off a few minutes later.