THE PERFORMANCE | It can’t be easy to act next to bloodthirsty forest demons and decapitated ghosts, but amid the swirl of CGI terrors served up each week by HBO’s eye-popping horror drama, Smollett still manages to shine. Sunday’s installment was a stunning showcase for her considerable talents, as Leti moved into a haunted house… and refused to let any evil spirits, dead or otherwise, kick her out of her rightful home.

Smollett’s incredible versatility was on full display throughout the hour: She was vibrant and luminous as Leti excitedly set up her new home, propelled by a burst of fresh hope — and later smoldered at Tic from across a sweaty dance floor. She showed off a dynamic athleticism and physicality, channeling a Lemonade-era Beyoncé as an enraged Leti took a baseball bat to the parked cars of some cross-burning white supremacists. And she simmered with a righteous fury, with Leti steeling her nerves to confront the restless ghosts that infested her home, screaming at the top of her lungs for them to “get the f—k out of my house!”

It was truly a marathon of a performance; we felt exhausted just watching her. But we also felt proud to witness the blossoming of a fresh young talent. Smollett has been ready to sink her teeth into a role this substantial since her days on Friday Night Lights — and here, we got to see what great heights she can reach when she’s given the chance. 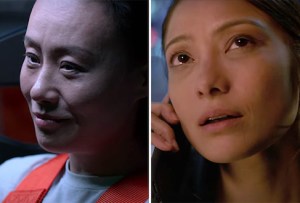 HONORABLE MENTION | The love that Away‘s Lu and Mei feel for each other isn’t something that either of them can speak about freely, which is why the clandestine phone call between the two women at the end of Episode 3 of the Netflix drama is so affecting. Vivian Wu deftly lifts Lu’s stony demeanor for a few minutes in order to confess her feelings, and Nadia Hatta is moving and bittersweet as Mei agrees to wait three years for the astronaut to return from Mars. The scene is conducted in Chinese, but the subtitled dialogue turns out to be unnecessary: Hatta and Wu’s performances convey everything you need to know. 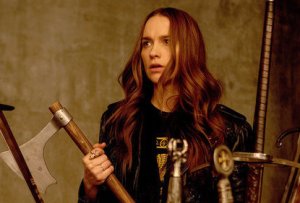 HONORABLE MENTION | Yes, Melanie Scrofano, without so much as a word, broke our hearts at the close of Wynonna Earp‘s summer finale — but the heir’s impassioned plea to Peacemaker, which came several scenes earlier, was her standout moment. “You think I’m not worthy…? You’re the one hiding like a little bitch,” roared Wynonna, circling the nuns’ armory. “I do what needs to be done because I’m a hero,” she argued to the MIA sword-gun. “And sometimes that makes me a killer.” Peacemaker reared its head in time to dispatch with Medea, but Wynonna’s next target — Sheriff Holt, specifically his back — triggered disgust in her partner. “I have had to kill again and again just to live another day,” she reminded Doc. “Do you think I give a s–t about honor?” But Doc does. So as WayHaught’s engagement bolstered one romance, Scrofano’s stoic, tear-streaked face left us wondering about another. 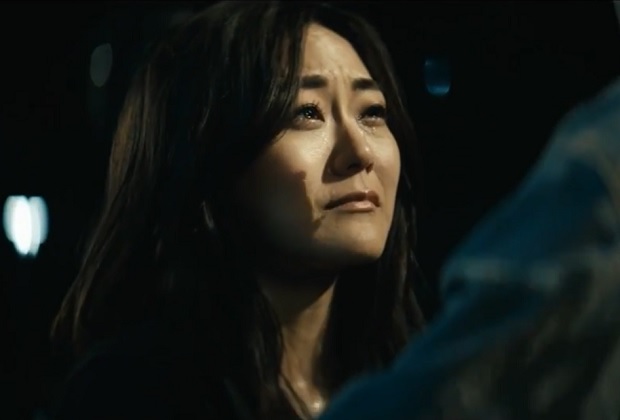 HONORABLE MENTION | Karen Fukuhara is often The Boys‘ silent weapon during fight scenes, but in Season 2’s second episode, she also became the show’s silent emotional badass during a tearful reunion between Kimiko and her brother Kenji. Fukuhara’s character is usually propelled by a violent, feral force, which made the shift in the actress’ performance all the more impactful. As the siblings commiserated about the monsters they’d become under the influence of Compound V, Fukuhara exuded a different kind of intensity, one fueled by pain and regret for not being able to save her younger brother. Kimiko doesn’t speak, but Fukuhara said so much through her powerful sign language movements and wounded eyes.