THE PERFORMANCE | “Evil twin” storylines are often only as good as the performance(s) at the center. So as much as we dreaded whatever mayhem Lucifer’s lookalike would make for the oft-tested “Deckerstar,” Ellis made Michael’s scenes wicked fun to watch.

First and foremost, there is Michael’s voice. Where many an English actor tends to affect some generic, flat version of “American,” Ellis aimed for something specific. Something smarmy. Something that was in stark contrast to the polished, crisp Luci. And while delivering Michael’s lines, Elis carried himself differently, adding to a far less regal posture a hitch in his right shoulder. That gave the viewer an added clue in spotting Michael, but it also hinted at his history. Maybe an old, traumatic injury.

But Ellis wasn’t always playing “just” Michael in Episode 2. After outing himself to Maze, he attempted to work alongside “the detective,” where his impersonation of Lucifer fell just shy in assorted, comedic ways — mainly by taking the job too seriously and missing every opportunity for a devilish entendre. (This in turn gave Lauren German some fun notes to play, as Chloe labored to pick up the sassy slack.)

The best tributes to Ells’ work were in the scenes where he got to “flip a switch” and toggle between “Lucifer” and Michael. First, in the aforementioned clash with Maze, but most of all at the episode’s climax, when a bullet (or three) from Chloe’s pistol nudged the devilganger to cop to his charade, and shortly thereafter, when Amenadiel confronted his other brother at the bar. Ellis would relax his frame, slip back into that troublemaker voice and, most effectively, employ facial expressions that were very un-Lucifer in their oiliness, sometimes even goofy. Michael is a dick (the hashtag makes official), and Ellis clearly had one hell of a time playing him. 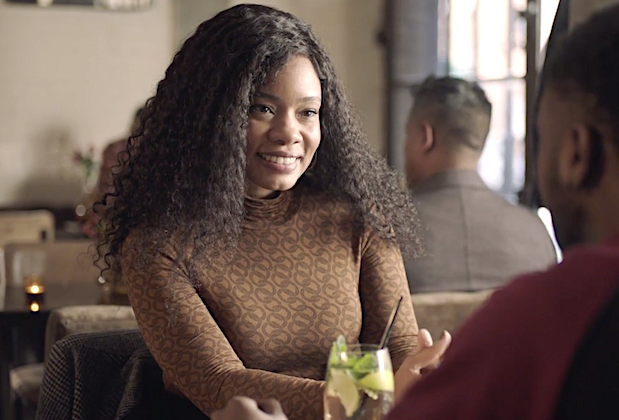 HONORABLE MENTION | All through I May Destroy You, we’ve been captivated by Weruche Opia, whose naturalistic performances make you feel less like a viewer than a voyeur. In the HBO series’ penultimate episode, she wowed again, first by so vividly playing actress Terry’s shock at booking a commercial that we at first feared someone had died, then by coaching pal Arabella on a video with the hilarious sureness of “someone who just got a job.” And in her finest moments, Opia turned inward, inviting us to follow as Terry grappled in short order with two (unrelated) truths: She was dating a transgender man, and the spontaneous threesome about which she loved to brag… had been a set-up. By the time Opia was done, we felt like we didn’t just know her character, we knew her intimately. 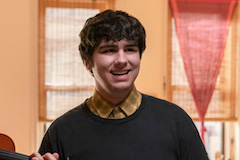 HONORABLE MENTION | Throughout Little Voice‘s first season, Kevin Valdez has played live-in-the-moment Louie as the perfect accompaniment to his sister, Brittany O’Grady’s harried Bess. And in Friday’s season finale, Valdez — who, like his character, is on the autism spectrum — did a fantastic job of showing exactly how hurt Louie was by keeping their mother’s secret for so long. But we were even more taken with the exuberance with which Valdez had the Broadway-obsessed Louie interview Sara Bareilles during a chance encounter on the street. The actor was loud but not overbearing, excited but still all business as Louie recorded the encounter for his vlog. And his joy afterward was a real thing. We’re looking forward to his work in Season 2.