THE PERFORMANCE | In what turned out to be a masterful slow burn, Agents of S.H.I.E.L.D. with its two-hour finale paid off a mystery that launched a season prior. And though fans of the oft-tested FitzSimmons relationship perhaps thought they were ready for it… they weren’t.

“I do have a secret. I can feel it,” Jemma declared early on in the series ender, as the memory inhibitor inside her bean began to dissolve. Of course, viewers have known since the end of Season 6 that there was something she was keeping from the rest of the team — specifically, about Fitz’s MIA status — for the safety of all (meaning mankind). And as the memory began sputtering out, bit by random bit (“Can keys sing?”), Henstridge mined those moments for a bit of comedy, including when Jemma coveted Daisy’s not-a-costume.

When Fitz eventually resurfaced, bigger chunks of Simmons’ lost time began flooding back, as he detailed their long-ago (though not) decision to leisurely construct a time machine and “live” a little along the way. But those answers spawned new questions for Jemma: “Why would we stay so long? Why would we do any of it?!” In expressing that confusion and frustration, Henstridge began building to the emotional climax to come.

“Fitz, I think I remember what we’re fighting for!,” Jemma would eventually trumpet, signaling that the most important lost memory — her and her husband’s everything, the star in their sky — had been found. As we in turn began to realize the incredible truth, Henstridge powerfully communicated the rush of feelings within Jemma. Relief. Joy. A mother’s love. All of which she would again, and literally, embrace once Jemma reunited with Alya, the child she and Fitz had to leave behind (if only for a long moment). 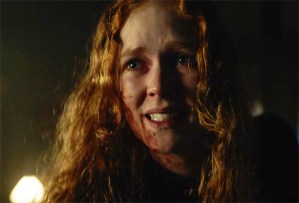 HONORABLE MENTION | It takes a massively compelling performance to make us pity a baby-stealing serial killer — and that’s exactly what Rosy McEwen delivered in The Alienist‘s season finale. For much of Angel of Darkness‘ run, it was easy to write off Libby Hatch’s behavior as that of a deranged, messed-up woman. But as Libby faced the consequences of her actions in Episode 8, McEwen brought utter anguish to the character, caught between the bitter rage of her unfortunate upbringing and the sad self-awareness that she had become a villain. The actress was particularly riveting when Libby was deceived by Sara Howard early in the hour. Within seconds, Libby had gone from hopeful (at the idea that she might reunite with her daughter) to furious (at the realization that Sara had played her), and the transformation confirmed what we’d already suspected: Libby was never crazy; the woman playing her was just crazy good. 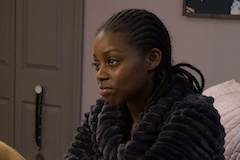 HONORABLE MENTION | On The Chi, the ordeal with Omari left Keisha unmoored but gifted Birgundi Baker with some really excellent material. As uncomfortable as it was to watch, the turmoil Kiesha faced in Sunday’s episode as she tried to reorient to life at home showed us another facet of the complicated teen — and Baker excelled. The actress’ skill was most on display when Emmett showed up unexpectedly, giving Keisha an opening to relax for a few minutes with her old friend. Baker laughed and joked, holding her body less tightly and allowing Kiesha to breathe. She played the scene with a lightness that stood in stark relief to how she approached the rest of the hour, and we didn’t realize how much we needed to see a glimpse of the pre-attack Kiesha until she showed up again. 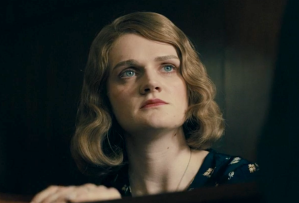 HONORABLE MENTION | We don’t want to close the case on Perry Mason‘s stellar freshman season without honoring Gayle Rankin, who was terrific (and heartbreaking) all season long, but especially in Sunday’s finale, as grieving mom Emily Dodson. Rankin — nearly unrecognizable here from her days as GLOW‘s Sheila the She Wolf — went through a whirlwind of emotions as Emily took the witness stand, steadfastly professing her innocence while still harshly condemning herself for her other sins. Later, when Emily took the “resurrected” baby Charlie in her arms, Rankin let us see a nagging doubt creep across Emily’s face, only for it to be washed away by a blissful wave of blind faith. Emily was certainly put through the wringer this season, but her plight — and Rankin’s deftly nuanced characterization — gave Mason an exquisite emotional resonance.