At the close of the series’ penultimate hour, Marvel’s Agents of S.H.I.E.L.D. welcomed back Leopold Fitz, who save for a smattering of new flashbacks had been conspicuously missing throughout the final season.

On-screen, original cast member Iain De Caestecker’s absence had been explained by the fact that Fitz needed to hide from and plot against the all-knowing Chronicoms. Lady love Jemma Simmons (played by Elizabeth Henstridge) in turn was implanted with a memory inhibitor, to keep her from remembering the details of this scheme as well as one other, wee-but-huge secret — that she and Fitz had had a daughter during the years they and Enoch spent building a time machine and simply living.

Explaining the decision to by and large keep Fitz off-screen until the season’s final hour, “Some choices aren’t made by us” but by actors, co-showrunner Jed Whedon told reporters earlier this week. “So we did what we could, and we tried to make it rewarding with the pieces [we were given]. Sometimes it’s 3D chess.”

“To be clear,” co-showrunner Maurissa Tancharoen added, “Iain is an exceptionally talented actor and one of our dearest friends. It was just it was time for him to go [and] explore new things.”

Surveying the storyline ramifications, the EPs said that in addition to bringing “Simmons and [grandson] Deke closer together,” Fitz’s mysterious, disquieting absence made the eventual payoff all the more powerful. 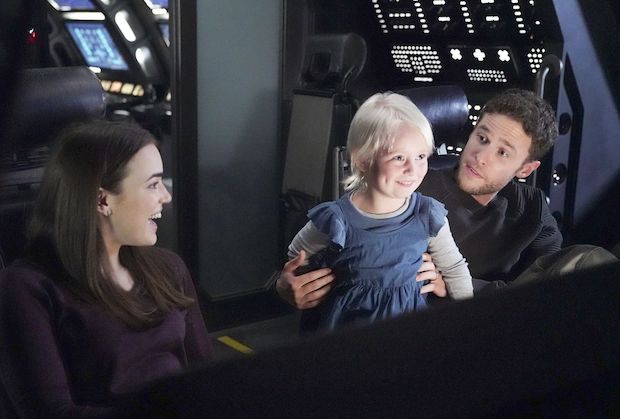 To recap: Once Fitz resurfaced to help transport the team (and a battalion of Chronicom cruisers) back to the original timeline via the quantum realm, he helped a slightly amnesic Simmons remember all that she had forgotten. Corresponding flashbacks detailed their odyssey following (and also leading up to!) the events of the Season 6 finale, in which the team just barely fled the temple before a Chronicom laser blast leveled the place. Then, in some of the series’ final moments, we realized that FitzSimmons’ daughter, Alya, had been just out of frame in the flashbacks we had just seen.

“[T]o make the reward of him missing for so long pay off… the only way that we could think is a super-happy ending,” Whedon said. “And also, for him, he actually hadn’t missed anything. That was how we answered that in our minds, and on the show.” 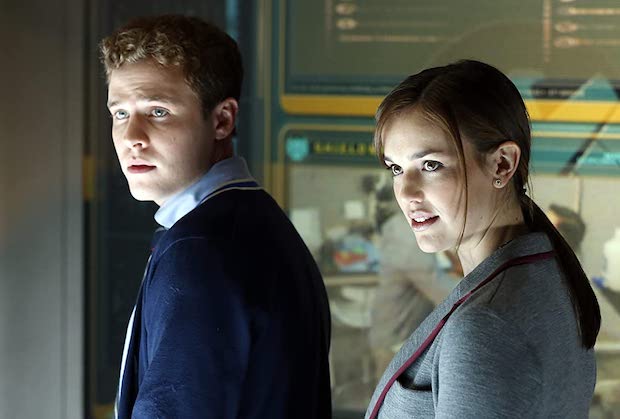 What did De Caestecker and Henstridge themselves think about FitzSimmons getting the happiest of ending that the beleaguered couple so richly deserved?

“It’s a pretty fitting end,” De Caestecker told press last week. “There’s a connection with two of our showrunners, Mo and Jed, and they have a young daughter [who] was a certain type of miracle, so it’s a very fitting thing. But also for the evolution of those characters, it’s a fitting end but a beginning, of another life, as well.”

“It was a lovely ending for them, and it helped to explain why Fitz was away,” Henstridge in turn added. “It had to be something bigger than them, and for them that would be their daughter.”

Reflecting on seven seasons of flirtation, angst, near-deaths and separations, Henstridge observed, “It was so lovely to play characters that at the start were doing everything they could not to think of each other romantically, to ending with them having this daughter that they both laid their lives on the line for. As an actor, that’s just amazing.”