Ruby Rose says that her already-demanding role as TV’s Batwoman only became more difficult when she returned to work too soon after back surgery, all of which led to her and the CW series to abruptly part ways ahead of Season 2.

Last fall, Rose shared via Instagram a (graphic) video of said surgery, which fixed two herniated discs that she says “were close to severing my spinal cord.” Just 10 days later, she told EW.com, she was back to work as a costumed crimefighter.

“Being the lead of a superhero show is tough. Being the lead in anything is tough,” Rose cops in the new interview. “But I think, in that particular instance, it was a lot more difficult because I was still recovering from my surgery. I had my surgery and then 10 days later I went to work, which maybe wasn’t the best idea. Most people take about a month or three off before they return to work.”

When Batwoman wrapped its freshman run several episodes early due to the pandemic/production shutdown, Rose said that the time then spent in quarantine gave all involved time to think. “It was a great opportunity to have a dialogue about a lot of things [with the producers],” she said. “I respect them so much and they’ve been so respectful to me.” 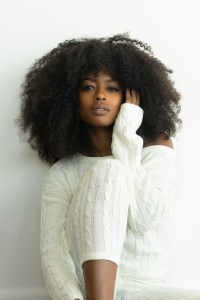 Looking to her own future, Rose said, “I would definitely do [TV] again. I just think that it was also time for me to take a break to fully heal and then return.” And as for the future adventures of Batwoman, to be played by Javicia Leslie (God Friended Me) as a new character named Ryan Wilder? “She seems fantastic,” Rose said of her successor, who is bisexual and the first Black actress to play a live-action Batwoman. “Honestly, I was so proud and so happy when I was told who would be replacing me…. I’m definitely going to watch the next season as well and see how it all comes together.”

Season 2 of Batwoman is set to premiere in early 2021, once again airing Sundays at 8/7c.