It’s about time we got some good news regarding Fargo‘s return, eh?

Season 4 of the FX drama — which was set to debut back in April, only to be delayed by the coronavirus pandemic — will now premiere on Sunday, Sept. 27 at 10/9c with back-to-back episodes. New installments will also be available via FX on Hulu the day after their cable premiere.

Fargo‘s latest chapter takes place in 1950 Kansas City, where two criminal syndicates fighting for a piece of the American dream have struck an uneasy peace and control an alternate economy of exploitation, graft and drugs. Chris Rock stars as Loy Cannon, the head of the African-American crime family, who trades his youngest son to his enemy, the head of the Italian mafia, in order to cement their truce. In return, Donatello (played by Italian actor Tommaso Ragno) surrenders his youngest son to Loy… but the tenuous truce is threatened when Donatello dies in the hospital after a routine surgery.

The stacked ensemble also includes Timothy Olyphant (Justified), Jason Schwartzman (Mozart in the Jungle), Ben Whishaw (A Very English Scandal) and Glynn Turman (How to Get Away With Murder), among others.

Season 4 will span 11 episodes, which is one installment longer than the previous three seasons. Production is scheduled to resume later this month.

Take a look at Fargo‘s Season 4 key art below, then drop a comment with your hopes for the new episodes. 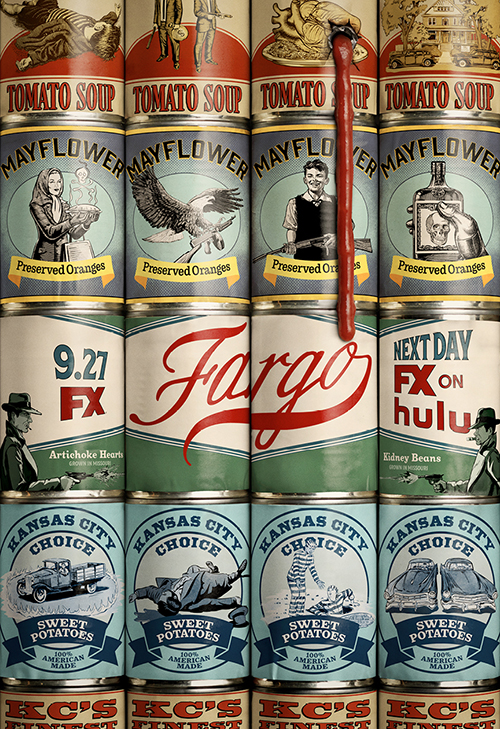