The Arrowverse’s finest are suiting up like never before.

The CW has released a series of posters for its 2021 slate of superhero series — Black Lightning (Season 4), DC’s Legends of Tomorrow (Season 6), The Flash (Season 7), Stargirl (Season 2), Supergirl (Season 6) and Superman & Lois (Season 1) — all of which feature the shows’ iconic stars wearing masks. Heck, they even let Beebo in on the action. 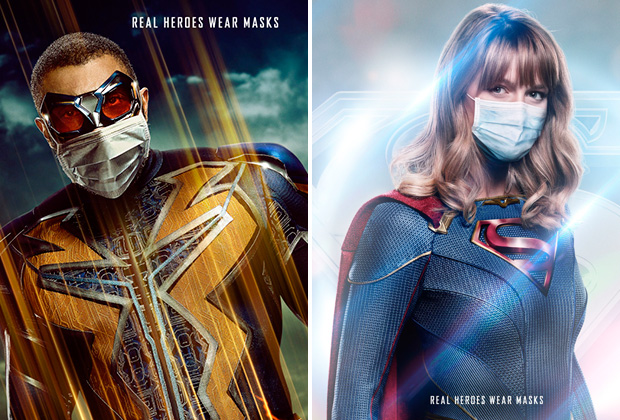 The posters, of course, aim to stress the importance of wearing masks while out in public to help stop the spread of the coronavirus.

Supergirl and The Flash were forced to wrap their latest seasons early when the pandemic led to an industry-wide shutdown in March 2020, while Superman & Lois received a straight-to-series order without being able to film a traditional pilot. Black Lightning, Stargirl and Legends of Tomorrow were unaffected.

Stargirl, whose first season currently airs on both The CW and streaming service DC Universe, was recently renewed for a CW-only second season. Stargirl‘s freshman run concludes on Monday, Aug. 10. (Click here to check out first-look photos from the big finale.)

Batwoman is conspicuously absent from this batch of posters, likely because Javicia Leslie — who will don the iconic cowl in Season 2, following Ruby Rose’s exit — hasn’t been able to do a full photo shoot in costume yet.

Browse our gallery of the posters — you can click here for direct access — then drop a comment with your thoughts below. Which superhero show are you looking forward to the most?