There are some critical RSVPs — and seemingly some MIA characters? — in the first photos from the climax of DC’s Stargirl‘s Season 1 finale.

The two-part finale kicks off with “Stars & S.T.R.I.P.E. Part One” (streaming Monday, Aug. 3 on DC Universe, then airing Tuesday, Aug. 4 on The CW), in which Courtney (played by Brec Bassinger), Pat (Luke Wilson) and the team regroup to figure out their next steps, all with the ISA hot on their trail. Meanwhile, Rick (Cameron Gellman) makes a breakthrough, and the team prepares for a showdown with the ISA.

Then in “Stars & S.T.R.I.P.E. Part Two” (streaming Aug. 10 on DC Universe, airing Aug. 11 on The CW), as the Injustice Society of America comes one step closer to accomplishing their mission, Courtney and the JSA face off with Icicle and the villains of the ISA. 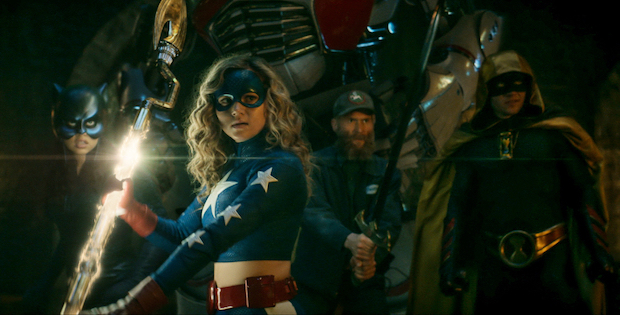 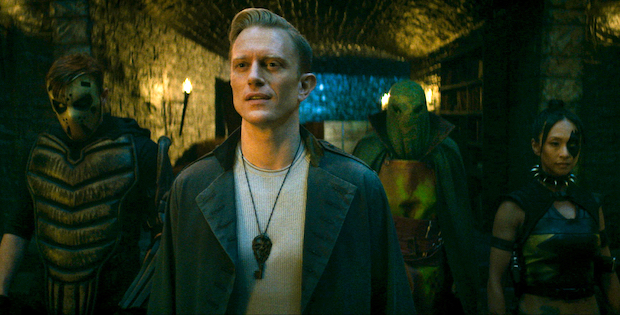 Where are Beth/Dr. Mid-Nite (Anjelika Washington) and Brainwave (Christopher James Baker), to name but two heretofore key players from each side? (Maybe the former is tucked away somewhere safe with “Chuck,” running comms?) We shall see!

As Luke Wilson, who plays Pat, recently told TVLine of the already-renewed superhero series’ freshman finale, “I think you’re going to learn a lot more about the Injustice Society’s plan — not just for Blue Valley, but for world domination. And there’s an epic battle at the end.

“In the best way, it’s a mixture of a big finale and also some closure,” he said, “but when you look at the overall picture, there’s still major turmoil underneath the surface.”