THE SHOW | At Home With Amy Sedaris

THE PERFORMANCE | For those unfamiliar with the truTV comedy, first of all, get familiar with it — fast; you’re missing out on the rare series that’s as weird as it is funny. Second of all, you should know that Sedaris plays a wackadoo-extra version of herself as the host of a homemaking show that’s always on the verge of careening out of control. She’s a horrible boss — just ask her long-suffering assistant, Puja — yet so routinely and thoroughly harrumphed and humiliated that you can’t help but root for her, anyway.

Now that that’s out of the way, let’s discuss the sublimely silly Season 3 sendoff, in which Sedaris taught us all how to properly plan for a party on New Year’s Eve — or, as she thinks of it, “the time to reflect on the old year that was while looking forward to the new year that hasn’t.” Wait, what? Exactly! She spouts utter nonsense with utter conviction and a smile that toggles between enthusiasm and desperation. In short — and this isn’t news — she’s brilliant.

Over the course of the episode’s 22 laugh-filled, “What the hell am I watching?” minutes, Sedaris sang and danced — and, partnerless, did her darnedest to participate in what had to have been the awkwardest square dance ever. She learned from stemware engineer/crush-of-the-week Melisso Junkins (Paul Rudd) how to build a champagne tower (her “favorite way to display piles of alcohol, right behind a beer mound or a gin stack”). She welcomed “the biggest stars we could get” (including her own characters, regional wine lady Ronnie Vino and scene-stealing neighbor Patty Hogg, who never met a sentence that she couldn’t end with an exclamation point). And every step of the way, she entertained the f–k out of us.

So join us, won’t you, in raising a glass of pork-based champagne to Sedaris. (The “C” is silent, don’t ya know?) At Home’s co-creator and star has whipped up the goofiest of guilty pleasures, and with her star turn in the finale, left us counting down the minutes until next year — or at least next season. If you have balloons, this would be the time to drop them; they’re well-earned. 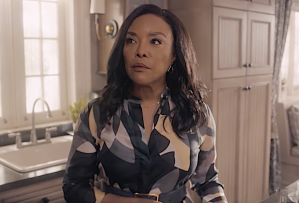 HONORABLE MENTION | Forget the good book, Greenleaf’s Lynn Whitfield could read a phone book and make it riveting. And in “The Sixth Day,” she reminded us of that fact repeatedly. Even when Lady Mae was just pestering husband James about his physical, her portrayer made sure that we were going to thrill to every subtle expression and hang on every nuanced inflection. In her bigger moments, she did the kind of finessed work that makes you believe there’s a God. First, she took Lady Mae from offense to defense during her showdown with Bishop using nothing but body language. Then, she called forth her character’s inner strength as she confessed to the entire family that daughter Grace was illegitimate. “Dinner,” she concluded that matter-of-fact monologue, “will be served at… um… 7:30?” Don’t mind if we come back for seconds. 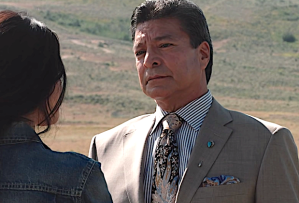 HONORABLE MENTION | “Hail to the chief” took on a whole new meaning in Sunday’s Yellowstone, the rare installment of the addictive Paramount Network drama that threw a spotlight on Gil Birmingham‘s Thomas Rainwater. As the chairman of the Confederate Tribes of Broken Rock helped investigate the disappearance of a Native-American girl, all the while certain that he knew the grim fate that had befallen her, his portrayer brought to bear a noble stoicism that in no way diminished the ache of the heart that he couldn’t help but wear on his sleeve. When later Rainwater invited a disconsolate Monica to become more involved in her community, Birmingham played the scene with a worldly-wise resoluteness that had to have inspired not just Kayce’s wife but anyone watching. 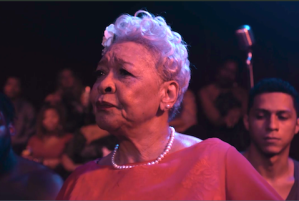 HONORABLE MENTION | We’ll surely miss The Chi‘s Miss Ethel, but we’re very glad LaDonna Tittle got one last hurrah before the matriarch went to that great jazz club in the sky. Though Ethel’s increasing dementia offered few showy scenes in Tittle’s final season, Sunday’s episode found the actress in fine form as her character reminisced about Foxxie’s past. Tittle was particularly powerful when Ethel held court at the nightclub, sitting tall and proud while she regaled a rapt audience with tales from jazz’s heyday. Tittle’s eyes sparkled. Her voice was quiet but steely. She made it incredibly easy to imagine how a younger Ethel would’ve easily been the center of attention in any room. As far as send-offs go, Tittle gave Ethel one to be applauded.