Princess Bubblegum and Marceline the Vampire Queen ride again! Adventure Time‘s No. 1 couple is returning to action in HBO Max’s second Distant Lands special for a battle that will take them far beyond the Candy Kingdom.

Adventure Time executive producer Adam Muto was joined by voice actors Glory Curda (Y5), Olivia Olson (Marceline) and Niki Yang (BMO) for a special Comic-Con@Home panel on Friday, revealing behind-the-scenes secrets about BMO and offering a taste of what we can expect from Obsidion.

For starters, we learned that Obsidian will introduce viewers to a new character named Glassboy, voiced by none other than panel moderator Michaela Dietz (aka the voice of Steven Universe’s Amethyst).

According to the character’s official description, “Glassboy is a young bookworm living in the pristine Glass Kingdom. Taunted by his fellow Glass People for the sizable crack in his head, he seeks a remedy to his condition and ends up accidentally waking an ancient enemy. To save the day, Glassboy seeks out the hero who once defeated the monster, the legendary Marceline the Vampire Queen.”

Though a premiere date for Obsidion wasn’t announced during the panel, you can scroll down to browse the special’s poster in full. When you’re done, go ahead and drop a comment with your thoughts below. 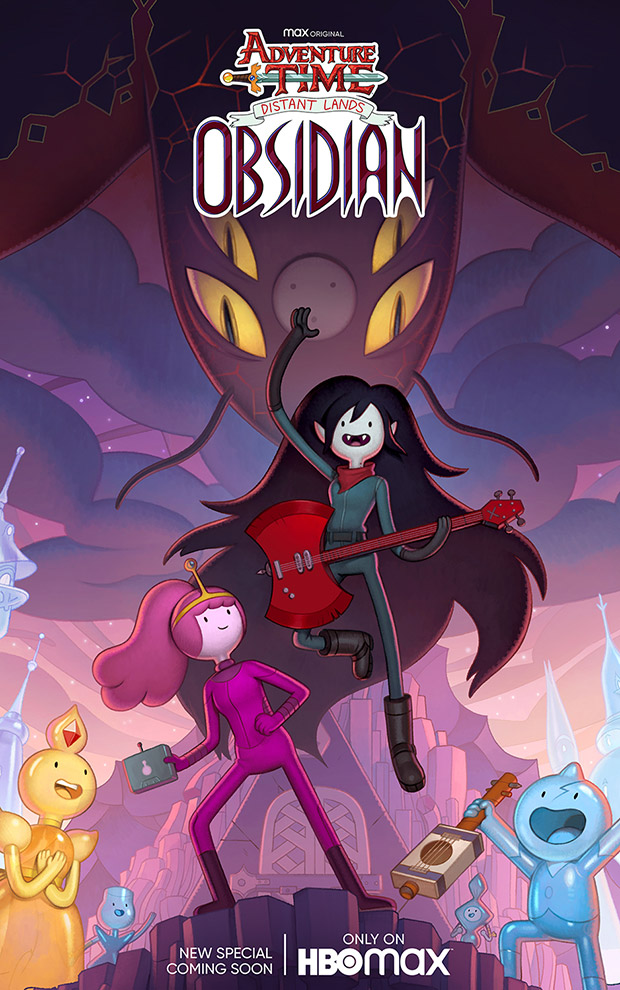