For A.P. Bio, at least, school will definitely be back in session this fall.

Ahead of Peacock‘s national July 15 launch, the streaming service has announced that Season 3 of A.P. Bio — which it plucked from the ashes almost exactly a year ago — will premiere Thursday, Sept. 3 (releasing all eight episodes at once, binge-style). 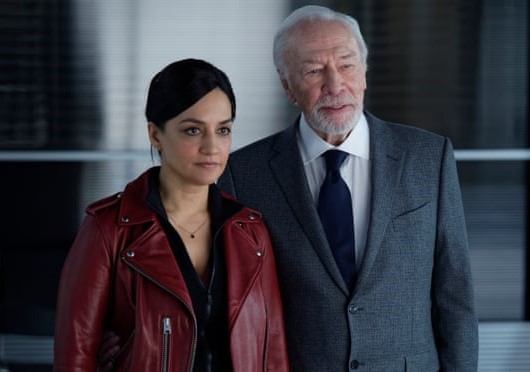 Peacock also announced that it has acquired Departure — one of TVLine’s recently touted “Hidden Canadian Gems” — in which a brilliant investigator (played by The Good Wife‘s Archie Panjabi), alongside her mentor (Christopher Plummer), look into the vanishing of a plane, all while outside forces threaten to undermine their work. Hitting Peacock on Thursday, Sept. 17, the limited series also stars Kris Holden-Ried (The Expanse), Rebecca Liddiard (Frankie Drake Mysteries), Tamara Duarte (Longmire), Mark Rendall (Versailles), Peter Mensah (Midnight, Texas) and Sasha Roiz (Grimm).

Peacock also has added to its upcoming slate the UK comedy Hitmen (to premiere on the service Aug. 6) and the Aussie dramedy Five Bedrooms (premiering Aug. 13)

The show that's perfected the delivery of "shut up." All new episodes of #APBio coming soon to #PeacockTV. pic.twitter.com/OnAgnh43WV

Peacock is available on Apple devices, Google platforms and devices, Chromecast and Chromecast built-in devices, Microsoft’s Xbox One family of devices, and VIZIO SmartCast TVs and LG Smart TVs. Comcast’s eligible Xfinity X1 and Flex customers, as well as eligible Cox Contour customers, get Peacock Premium with their service at no additional cost. (And starting the week of July 20, Peacock will be available Sony PlayStation 4 and PlayStation 4 Pro.)