For a few minutes in this week’s The Chi, it seems as though we get a definitive — if tragic — ending to the mystery of Kiesha’s whereabouts.

Thank goodness for Nina, Dre and Kevin, that possibility is dashed when the body of a young woman is determined not to be the missing track star. And while Nina and Dre reflect how relieved they are that the dead girl isn’t their daughter, they’re also forced to realize that she is someone else’s.

Ronnie is integral to the major action of the episode, titled “Gangway,” starting when he sees the shifty guy from the vigil while he’s out collecting cans one day. When the man leaves, Ronnie breaks into his house, calling for Kiesha. She’s not there, but he does find some child pornography — then he runs to Dre to let her know that he’s got leverage on the dude.

The man’s name is Jeremiah, and he was in prison at the same time as Ronnie. The charge: rape. So Dre and Ronnie confront him, threatening to call the police about his illicit photos, and it goes badly: Jeremiah gets away. The second time, they start beating him in broad daylight in the middle of the street until he admits that he “didn’t know her name. I didn’t mean to hurt her. I just wanted to spend a little time with her, I swear.” He points them toward the 63rd Street Beach, and there is a woman’s dead body on the shores of the lake. But when Dre and Nina show up to identify the body, Dre realizes that this girl doesn’t have a lower-back tattoo like Kiesha does. “It’s not her,” Nina sobs later, hugging Kevin close after he rushes home to find out what’s going on. 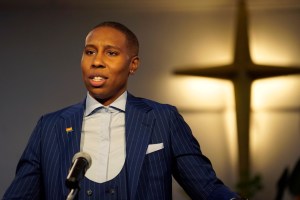 * Series creator Lena Waithe shows up on camera this week as Camille Hallaway, a progressive lesbian who’s running against Douda for mayor. She introduces herself to the congregation at Papa’s dad’s church, and though they’re icy in the beginning, she eventually wins them over with her talk of how they have to become the heroes they’ve been waiting for. By the end of the speech, they’re solidly on her side. Later, though, Papa is suspicious when he sees Camille handing the pastor an envelope fat with cash.

* Darnell convinces Emmett that the reason Tiff doesn’t want sex is because she’s cheating on him — and as we see during a work visit of hers, it’s not like she doesn’t have the opportunity. But she’s being loyal. Her hesitation, she admits during a court-ordered couples therapy session, is that she doesn’t want to get pregnant again. Later, on some advice from Sonny, Emmett steps up as a dad and partner and romances Tiffany with a little in-home massage and lovemaking in his mother’s living room. 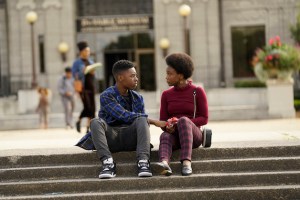 * Nina meets Jemma, Kevin and Jake’s Black, female classmate, at a fundraising event for the school. Nina and Jemma instantly hit it off. Then Kev works up the courage to ask Jemma out on a date. It goes very well (though her urging him to “be present” and turn off his phone causes him to miss Nina’s calls about the body).

* Douda’s wife Roselyn (played by Real Housewives of Atlanta‘s Kandi Burruss) shows up out of nowhere to hang on his arm at Jake’s school fundraiser. When they’re alone in the car later, it seems like they have some kind of arrangement worked out. He reminds her “It’s important that we don’t get too involved. This is business.” He also mentions that he’s running for mayor because a teacher once told him that a kid from his part of the city — Englewood — would never be able to do so.

* Wait, is Miss Ethel dead? Ronnie’s comments to Dre in this episode seem to indicate that’s so.

Your turn! Hit the comments with your thoughts on this week’s episode!